A model in the making

Engineering complex systems involves unifying multiple disciplines, which often operate in silos and use a wide range of incompatible tools. Engineering for the Internet of Things (IoT) demands even more interconnections. Virtual prototyping with a model-based systems engineering (MBSE) approach – which uses integrated 3D digital simulations of all systems working together – promises relief.

The ability to effectively engineer a complex system is a mammoth undertaking. “The traditional method focuses first on structure – the parts and their interconnections – and assumes that the required behavior will be achieved by a suitable arrangement of interacting parts,” said Hillary Sillitto, a chartered engineer, fellow of the International Council on Systems Engineering (INCOSE), and author based in Scotland.

This “structure first” approach leaves itself wide open to conflicts among subsystems, however. “There are so many potential interactions that this approach can’t guarantee that there are no other undesirable or unacceptable properties or behaviors,” Sillitto said.

What’s more, the rise of the Internet of Things (IoT) is multiplying the challenge. “This exponentially growing web of interconnectedness is dramatically increasing the complexity, frequency and propagation of interactions in systems,” said Troy Peterson, fellow and chief engineer at US-based consulting firm Booz Allen Hamilton, assistant director for systems engineering (SE) Transformation at INCOSE and former lead engineer at Ford Motor Company.

German appliance manufacturer Miele, a leader in developing products designed for the IoT, knows these challenges well. “Product features are increasingly the result of complex combinations of hardware and software,” said Matthias Knoke, Miele’s head of virtual product development. “Many functions that traditionally were mechanical have been superseded by mechatronic subassemblies, which augment the range of functionalities considerably. More and more disciplines must be consulted and involved concurrently. Conventional development and testing methods are no longer sufficient.”

Increasingly, organizations are exploring the potential of a model-based systems engineering (MBSE) approach, using virtual simulations to tame the resulting engineering complexity. Defined by INCOSE as “the formalized application of modeling to support system requirements, analysis, design, verification and validation, beginning in the conceptual design phase and continuing throughout development and later lifecycle phases,” MBSE promises to alleviate many of the challenges facing industrial equipment (IE) companies today.

USING 3D DIGITAL REPRESENTATIONS, “WE REMOVED COST AND WASTE FROM FIXING THINGS THAT ESSENTIALLY WERE NEVER BROKEN WHILE DELIVERING BETTER UPTIME AND PERFORMANCE TO CUSTOMERS.”

GE, a global provider of IE systems ranging from utility turbines to aircraft engines, also sees the benefits of MBSE. “This approach is crucial for a couple of fundamental reasons,” said Paul Boris, head of manufacturing industries at GE Digital. “By building a digital representation, we are able to include the conditions and stresses a machine endures. For example, we had a number of aircraft engines that were exhibiting a pattern of wear inconsistent with what was expected. Instead of taking them all out of service in the hope of catching the issue, we used the digital representation to map the use patterns of those specific devices.”

GE determined that the way the engines were being used precipitated their performance decline. “Dust from one region of the world is not dust from another,” Boris said. “We developed a wash system to rectify it. The issue was isolated to very specific engines in very specific regions, as was the fix. We removed cost and waste from fixing things that essentially were never broken while delivering better uptime and performance to customers.”

NASA, too, has embraced MBSE techniques to address the ever-increasing complexity of its spaceflight missions. “MBSE enables us to capture project information in a single-source-of-truth database and to communicate that information effectively to a large user community,” said Brian Cooke, a system engineer at the Jet Propulsion Laboratory in Pasadena, California. Cooke is working on NASA’s Europa Project, which is projected to explore Jupiter’s Europa moon sometime in the 2020s.

However, adoption of MBSE is limited to just a handful of in-practice examples. Roman Dumitrescu, managing director of strategy and R&D at technology network “it’s OWL” (Intelligent Technical Systems OstWestfalenLippe) and head of the SE department at Germany-based Fraunhofer Project Group for Mechatronic Systems Design, said that several factors are limiting MBSE adoption.

"An MBSE standard is missing, which includes well-defined processes on how to implement MBSE and specific profiles for the modeling of complex technical systems,” Dumitrescu said. “Furthermore there are not enough engineers capable of using MBSE, and there are almost no professional education programs.”

To achieve widespread adoption, Dumitrescu said, IE companies must define their own MBSE methodologies based on real engineering challenges. “They should start with less complex systems, but work also on processes and language profile,” he said. “IE companies need to make all of their engineers familiar with MBSE and create smaller teams of MBSE masters.”

Peterson agreed: “An appropriately scaled, focused and resourced pilot project, even if small, can clearly demonstrate the value of MBSE,” he said. “But it’s not a silver bullet. Transforming to a model-based approach that connects models from different disciplines and domains requires investment, commitment, leadership and expertise if it’s to become an enduring capability or provide a competitive edge.” ◆ 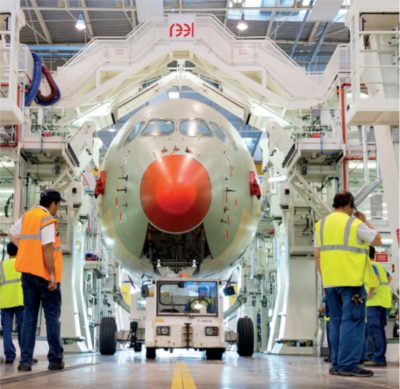 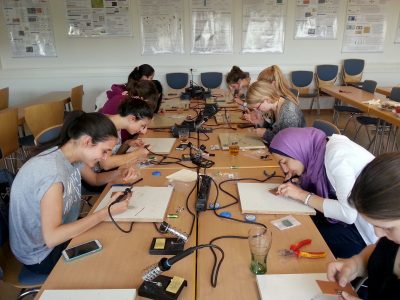 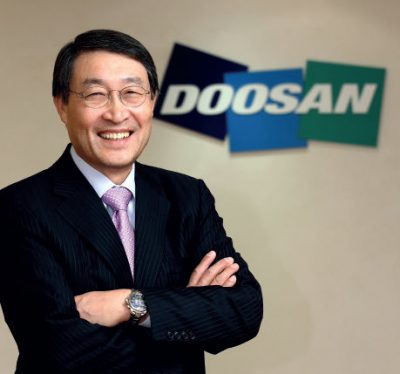