Autonomous vehicles (AVs) are poised to create massive societal impacts while transforming urban landscapes and national economies. From the work we do to how our cars express our personal styles, the automobile’s traditional impact on society is about to fundamentally change.

The automobile has been one of the central organizing technologies of life for more than a century. It has shaped where people live, how they get to work, how they socialize, how they entertain themselves and much, much more.

Now, a fundamental transformation in people’s relationships with their vehicles is at hand: cars that drive themselves. Driver-assistance technologies are already common in new automobiles, and new cars are becoming smarter every year.

Raj Rajkumar, co-director of the General Motors-Carnegie Mellon Autonomous Driving Collaborative Research Lab in Pittsburgh, predicts that fully autonomous driving will be available in industrialized countries by 2020, just six years from now. Resolving issues of liability and insurance and winning broad societal acceptance of the technology will take five more. “I think humans will remain in charge at least until 2025,” he said.

The advent of AVs portends benefits – and costs – for billions of people. The World Health Organization reports that 1.2 million die in automobile accidents each year worldwide, a statistic The Washington Post estimates could triple by 2030 as consumers in developing nations acquire their first automobiles. “If you add up the economic costs of these accidents and deaths, it easily exceeds half a trillion (US) dollars a year,” Rajkumar said.

AVs should sharply reduce or curtail highway deaths by eliminating driver errors, including drunk and distracted driving. That, in turn, will greatly reduce the human suffering and economic disruption caused by highway fatalities.

“These automobiles will behave differently from a human-driven car,” said Alexander Mankowsky, head of the Future Studies, Society and Technology Research Group at Daimler AG in Stuttgart, Germany. “You, me, everybody will have to learn to interact with these cars in new ways.” A pedestrian, for example, won’t be able to make eye contact with a human driver at an intersection to assess his or her intentions.

The arrival of AVs also could redraw the maps of urban areas, airports and shopping malls. Destination-specific parking lots will no longer be required because cars will be able to park themselves in centralized garages or regional lots. Donald Shoup, author of The High Cost of Free Parking, estimates that 31% of central business district space is dedicated to parking. Driverless cars will change that pattern, freeing land for residential and commercial uses.

Paradoxically, if automated cars allow the driver to perform other tasks, commuting may no longer be a costly waste of time, allowing workers to choose to live outside the expensive urban core.

“The introduction of AVs could strengthen a trend toward even more dispersed and low-density land-use patterns surrounding metropolitan regions,” the RAND Corporation, a nonprofit research institution based in Santa Monica, California (USA), predicted in a 217-page study released in January 2014.

ELDERLY AND ENVIRONMENT WILL BENEFIT

Experts also predict that traffic, urban congestion and air pollution will be relieved because self-driving cars will choose the most efficient traffic routes. These vehicles also will improve mobility for children, the elderly and the physically challenged.

“Don’t think about the vehicle being autonomous,” said T. E. “Ed” Schlesinger, dean of engineering at Johns Hopkins University in Baltimore. “Think that when you buy a vehicle, it comes with a chauffeur. The chauffer doesn’t require a salary, and this chauffeur never eats, sleeps, drinks or gets tired. It is always on call. If you think in those terms, it’s easier to imagine the social implications.”

The elderly should be major beneficiaries. “It doesn’t matter how old I am, I am still mobile,” Schlesinger said. “I can visit my grandchildren, get medicines and go to the store. That keeps elderly people out of assisted-living centers. Parents also are not running around picking up kids from soccer practice. The kids get into the car and it takes them to piano practice. It takes them to soccer practice. The concept of a ‘driving age’ goes away.”

Google’s fleet of self-driving vehicles has logged 500,000 miles (nearly 805,000 kilometers) of testing without mishap, moving the prospect of driverless cars well beyond the theoretical. To demonstrate how such vehicles might affect physically challenged citizens, Google produced a video of one of its vehicles taking a blind man to visit a drive-through restaurant and pick up his dry cleaning.

“This would change my life,” says the “driver,” Steve Mahan, who is 95% blind. The video clip has been viewed 5.5 million times since its release on YouTube in March 2012.

MANY JOBS WILL DISAPPEAR

In economic terms, the productivity of entire nations could be boosted if people who might otherwise be stuck in traffic can devote that time to work. But driverless cars also could create significant churn in employment patterns, said John Challenger, chief executive officer of outplacement firm Challenger, Christmas and Gray in Chicago.

AVs will eliminate jobs for professional drivers, including taxi and truck drivers, and service jobs such as parking attendants. A family might need just one car, or several families might be able to share a car, reducing demand for automobiles and the workers who produce them. If accidents no longer occur, automobile insurance and the jobs of sales people and claims adjusters may be eliminated, along with the need for body shops to repair crash damage and vast graveyards for storing crumpled vehicles.

At the same time, AVs will create new careers in building and maintaining fleets of smart cars and the communications infrastructure that will connect them.

“There will be fewer jobs for drivers and fewer jobs at gas stations if the cars are electric,” Challenger said. “There could be fewer jobs for auto mechanics if there isn’t an engine in the sense we understand it today. But that doesn’t mean there won’t be more jobs in health care, teaching and coaching.”

Society also will need to grapple with the legal implications of intelligent cars, including liability and privacy issues.

If a car piloted by a computerized system crashes with another or strikes a pedestrian, for example, who is at fault and who pays – the driver, the automobile maker, the maker of the automation system, or the network that controls it? Vehicles will carry event-data recorders, which will be able to reconstruct any accident, but the nuances of legal responsibility are not yet defined.

Automobiles will no longer be private sanctuaries, but components in a network that “knows” the location, speed and driving behavior of every vehicle at every moment. Will law enforcement agencies have access to this information? Will spouses be able to monitor their significant others’ movements? Will parents know when a teen goes out of bounds? Courts may spend years litigating such issues.

The National Highway Traffic Safety Administration (NHTSA) in the USA recently conducted a field test involving 3,000 vehicles equipped with a version of Wi-Fi communications. Based on the test results, NHTSA announced in February 2014 that it plans to require all new cars to broadcast their location, speed direction and other data. NHTSA didn’t specify an exact date, but the direction is clear.

“That sent a strong message to everyone involved in it that this is really going to happen,” said John Capp, director of electrical and active safety systems for General Motors and the company’s key expert on AVs. US states including Nevada, California and Florida also have enacted laws permitting AVs to drive on their roads.

At the same time governments are pushing, automobile manufacturers have developed alliances with high-tech leaders including Google, Apple and Microsoft, whose help will be necessary to operate and link together AVs.

In Japan, Toyota, Nissan and Honda have agreed to establish a wavelength for their vehicles to communicate, putting Japan in the lead in developing standards for AVs. In Europe, Daimler’s Mankowsky said that city centers will drive the process of requiring that vehicles entering their boundaries at certain hours be equipped with advanced communications.

If city centers declare themselves safety zones and allow only certain vehicles to enter, driving city streets may become safer. But Mankowsky estimates it could take 15-20 years for a nation’s entire automotive fleet to become equipped with advanced features. In the meantime, low-income motorists with older cars could find their mobility limited.

AV experiments are occurring most often in circumstances where people move in repetitive and predictable ways. The UK, for example, is engaged in a US$2.5 million pilot of autonomous “pods” on special pathways in Milton Keynes, 45 miles (72 kilometers) northwest of London. The goal is to create a system with 100 two-passenger driverless pods by 2017.

Likewise, the Nanyang Technological University in Singapore plans to launch the city-state’s first driverless shuttle transportation system, linking the university’s campus with a research park 1.2 miles (2 kilometers) away. The shuttle, carrying as many as eight passengers, will intermingle with other traffic, integrating driverless vehicles into Singapore’s transport system.

Experts are hotly debating whether AVs can establish themselves in emerging markets such as China, which has little infrastructure in vast areas, and India, renowned for its chaotic traffic.

Carnegie Mellon’s Rajkumar disagrees. For example, he doubts driving habits in his native India will easily accommodate AVs. “In places like Mumbai, driving etiquette is very different,” he said.

“Lane markers are just suggestions. You can have four to five vehicles riding side-by-side on a three-lane urban road.”

Many unknowns regarding self-driving vehicles remain worldwide. Even in the best-case scenarios, AVs will create winners and losers. But RAND argues that, on balance, autonomous driving will be positive for society.

“Overall, we think the benefits of AV technology – including decreased crashes, increased mobility and increases in fuel economy – outweigh the likely disadvantages and costs,” the report concluded. ◆ 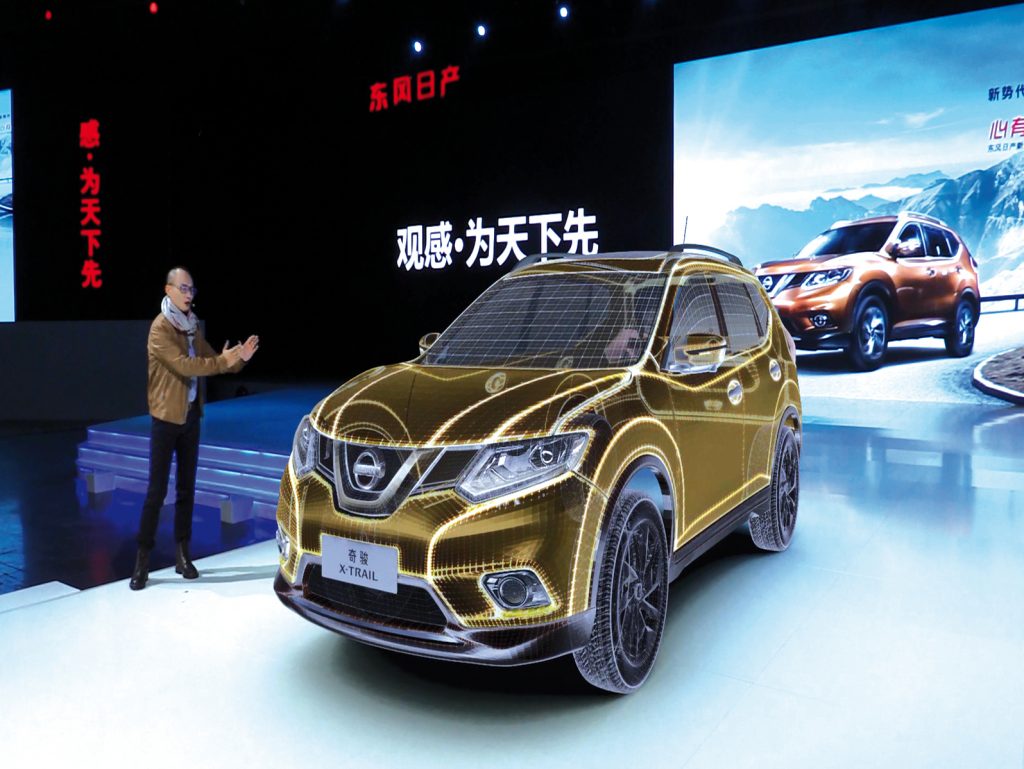 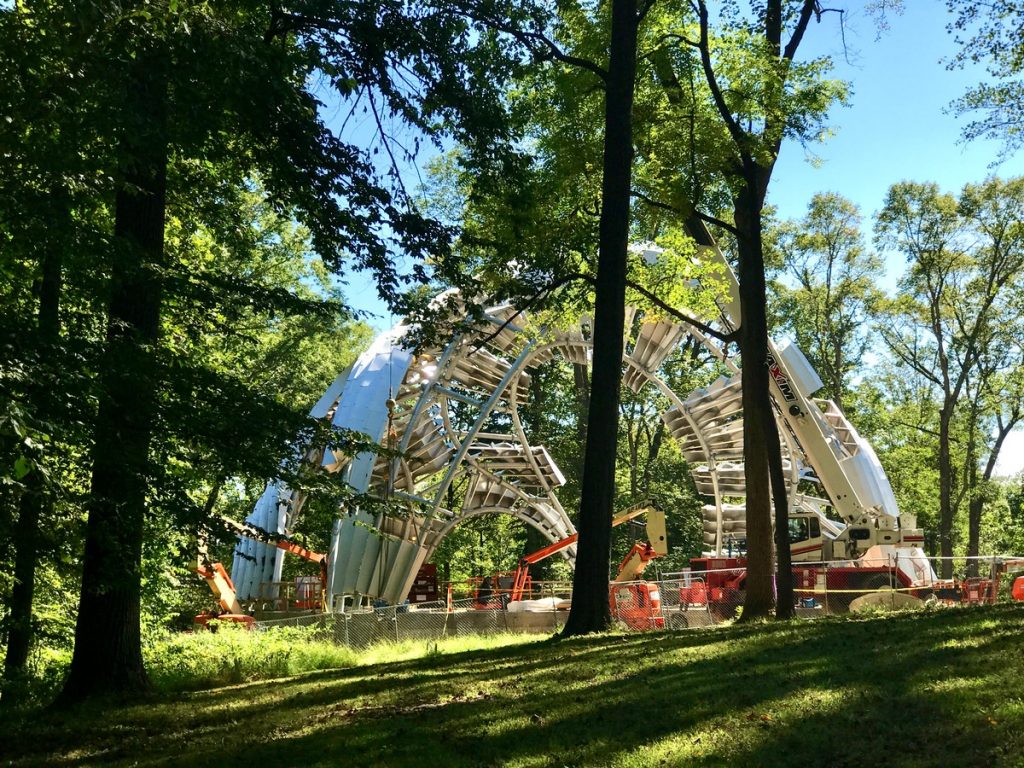 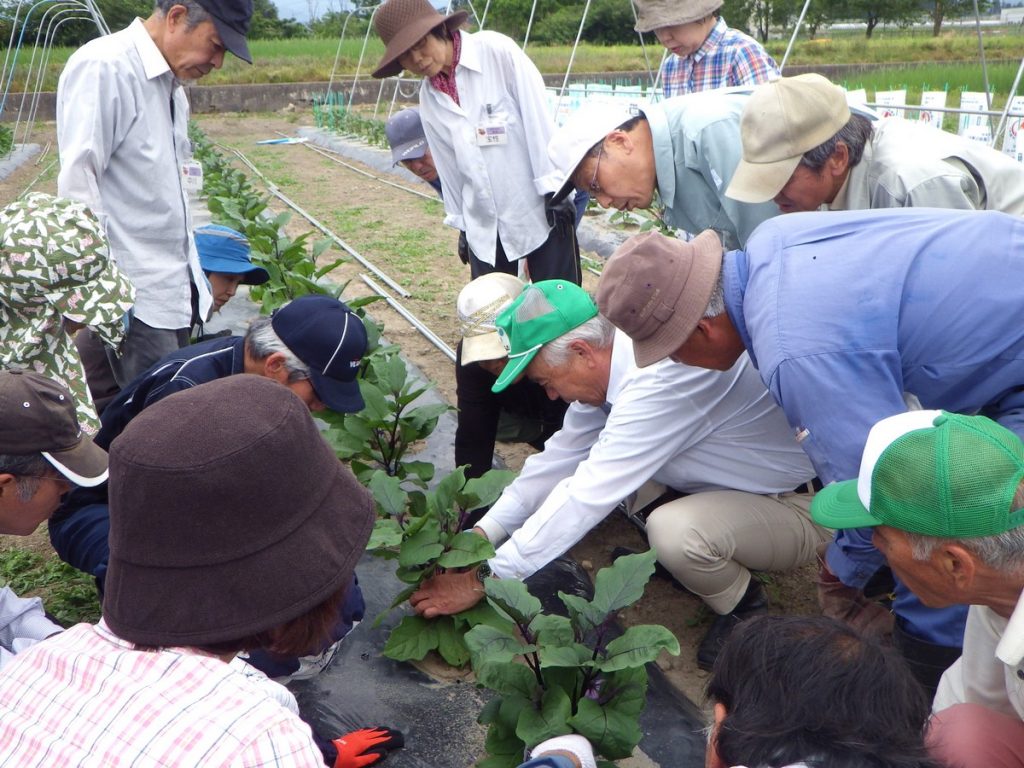