Finnish, Korean and Canadian schools consistently lead international comparisons of top-performing educational systems. The common denominator? High regard for the teaching profession and individualized learning tailored to each student.

It’s just after 8 a.m. at the Olari High School in Espoo near Helsinki, Finland. The pop music of Robin, the Finnish version of Justin Bieber, rings out over the public address system. Everyone in the school starts tapping their feet. Have the students taken over the school?

“No,” headmistress Kaisa Tikka says, then smiles. “We want to start school each morning with something that is fun. This is why the students determine which music will start the day and the learning.”

STUDENTS AT THE HEART OF LEARNING

The Olari High School is not an alternative school, but it is one of the best schools in Finland. For example, Olari’s students have repeatedly won the Scandinavian Mathematical Olympiad. Despite its track-record of excellence, however, Olari is an ordinary Finnish school. What makes it special among schools globally is its focus on putting students at the center of everything.

When comparing schools in Finland, Canada and Korea, countries that occupy the top places in the global school comparison study “Program for International Students Assessment” (PISA) year after year, a pattern of putting the student at the center is the first obvious commonality. The way each system places students at the center of the curriculum varies based on culture and continent:

• Tiny Finland has rebuilt its schools over the past 40 years into a model of academic success, a transformation known as the “school miracle.”
• In Korea, the Confucian culture of learning leads with discipline and rigor that also allows for significant levelsof individual, personalized learning.
• Canada, an industrialized Western country, permits each of its widely varied provinces to adopt its own school model; Canada doesn’t even have a national ministry of education.

ONLY THE BEST TEACHERS

Andreas Schleicher, better known as “Mister PISA” because he invented the worldwide school comparison, sees another main similarity among top-performing schools: their teachers.

“Finland, Korea and Canada have made teaching an attractive career choice that invites the best candidates,” said Schleicher, who leads the Education Department of the Organization for Economic Cooperation and Development (OECD), a global alliance supported by 40 nations. ”They support their teachers to make innovations in the art of teaching, to improve their own performance and that of their colleagues, and to pursue professional development that leads to stronger educational practice. Their teachers work with professional autonomy, but in a collaborative culture.”

“Finland, Korea and Canada have made teaching an attractive career choice that invites the best candidates.”

Schleicher surveyed teachers worldwide with a focus on how they are trained. The result: Finland, Korea and Canada are all nations where teachers enjoy a high reputation in society. In Finland, for example, only the best high school graduates are admitted to teacher education – and the best students want to be teachers because the profession is so attractive.

“Finland’s elite teach,” said Jukka Sarjala, former head of Finland’s Central Education Office and one of the architects of the Finnish “school miracle.” But the actual secret to a good school, Sarjala said, is not selectivity, but integration. “All children aged 7-16 go into the same school. In each municipality, ranging from the rich south to the poor north, there is only this type of school.” The pattern is the same in Korea and Canada, which also are charac­terized by non-selective school systems.

AN ENGLISH LESSON IN FINLAND

The result cannot be read in studies, but can be observed first-hand in the classroom. Consider the teaching of English at Olari High School. At first glance, the approach to teaching appears no different from the traditional lecture method. At the front of the room, the teacher has written “Charlie Chaplin” on the schedule. But this teacher doesn’t lecture. Instead, his eighth-grade students analyze the master movie director for themselves, using English-language resources and presenting their findings in English.

In Finland, “the teacher is responsible for 25 different children, and must develop 25 different educational concepts.”

Each small group chooses from a list of topics: “The Great Dictator” (one of Chaplin’s most famous films); Chaplin’s life; Chaplin’s contributions to film. Then, each group of students researches its topic online. Later, the students present their findings to the class while the teacher films the group. Afterward, the teacher discusses the presentation with the students, giving feedback on their use of English. The advantage of this “no more lecturing” style is that students are able to explore Chaplin for themselves. This approach ensures that every student is involved, using full sentences to express their ideas on a topic of genuine interest.

IN KOREA, PASSIVE LEARNING IS OUT

The Korean education system is stereotyped as being purely focused on repetitive drills. A closer look, however, reveals that in Korea, as in Finland, individual tasks allow students to learn independently.

“In the past, students could prepare for university entrance exams with ‘passive’ learning” characterized by lecture and memorization", explained Inn-Woo Park, a professor of pedagogy (the art and science of education) at Korea University. “However, things have changed and passive learning is no longer a good way to prepare for the exams.”

Years ago, students in Korean classes sat side by side or in neat rows, listening quietly to their teachers. Today, the situation is far different. Each class begins with students receiving an introduction to the lesson from a teacher at the front of the classroom. Then, however, they split into working groups, studying independently with computers.

“In the past, a strong student was one who was able to remember what he or she had learned,” Korean elementary teacher Cha-Mi Kwon says in an OECD documentary on Korea’s educational transformation. “Nowadays, they need to be able to select what is useful from various sources of information and re-create it as their own.”

Video studies from Canadian schools, meanwhile, show a similar picture. Teachers rarely stand in front of formal learning groups and speak. Instead, Canadian schools prefer group and independent work tailored to the needs of individual students, either through tutoring or special training. If one group gets ahead of the others, it can continue to progress at its own pace.

At Unionville High School in Markham, Canada, each student is assigned a Student Success Teacher, provided by the Province of Ontario. “I am thrilled by what the term stands for, which is supporting every student and ensuring that each one has multiple opportunities to be successful,” said Susan Logue, the school’s rector.

Ontario is one of Canada’s most successful provinces in the field of individualized learning, in part because one-quarter of Ontario’s students were born outside of Canada. “We need to deal with that diversity,” said Mary Jean Gallagher, assistant deputy minister of education for Ontario. “One of the ways we have done that is by ensuring that we provide more support and more resources in meaningful ways to schools that are more challenged.“

DIGITAL LEARNING ON THE RISE

As with individualized learning, the three countries’ approaches to digital learning are as different as their cultures.

Korea’s national strategy of digitization began in 2007, when the concept of technological development was adjusted so that each Korean student uses only digital textbooks. Starting in 2015, each Korean student will receive a tablet computer at no cost to the student.

In contrast, decentralized Canada has no national plan for digitized learning. Each province adopts its own approach.

In Finland, meanwhile, each school has autonomy. For example, following a history field trip, a student might summarize the experience by assembling an e-book on a tablet from texts, films, and photos available online. An entire class at Olari School received a set of tablets for their “time travel” excursion to a period in Finland that occurred long before recorded history: the Ice Age. With the devices, the students documented excavations, interviewed experts, wrote their texts and built their graphics. ”We started with iPads because we wanted to have something very new,” Olari School headmistress Tikka said. “The learning process is more in groups, not individual. With iPads, students are sharing more things.”

In Espoo, no national support is needed because the headmistress has a budget she can spend at her discretion. “I knew the benefits of tablets and bought a set of equipment for my school,” Tikka explained. “A project group of teachers tested them.” As of 2013, every student at the Olari school receives a tablet in the 11th grade.

So what can the rest of the world learn from the examples of Finland, Korea and Canada? Perhaps the best lesson is what not to do.

Pasi Sahlberg of Finland, who teaches at Harvard University, is one of the world’s most sought-after educational advisors and school reformers. He observes: “There are interesting factors that you can’t find in any of these high-performing systems – government- driven privatization of schools, reliance on standardized testing, putting schools in competition against one another, or confrontation between authorities and teachers.”  ◆ 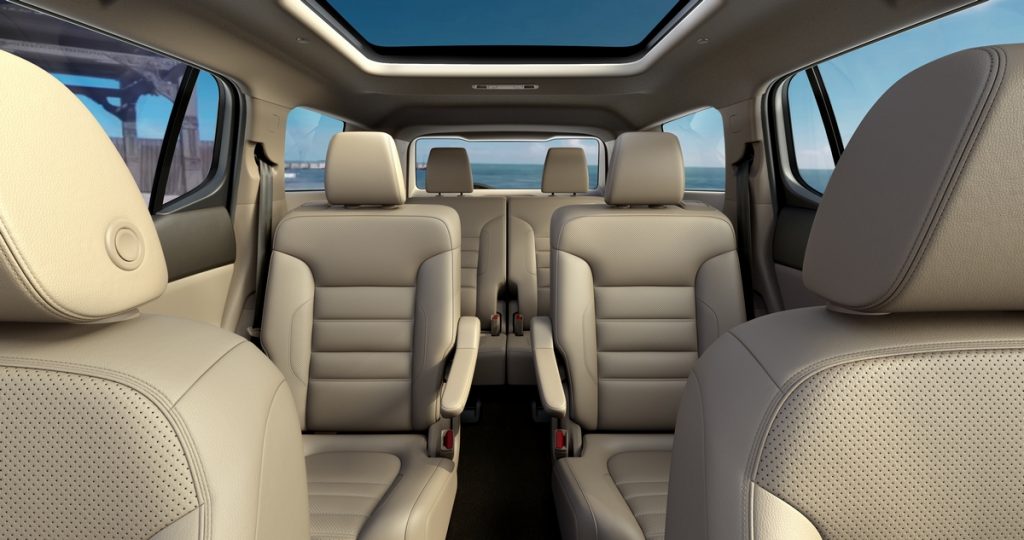 With VR, seeing is believing 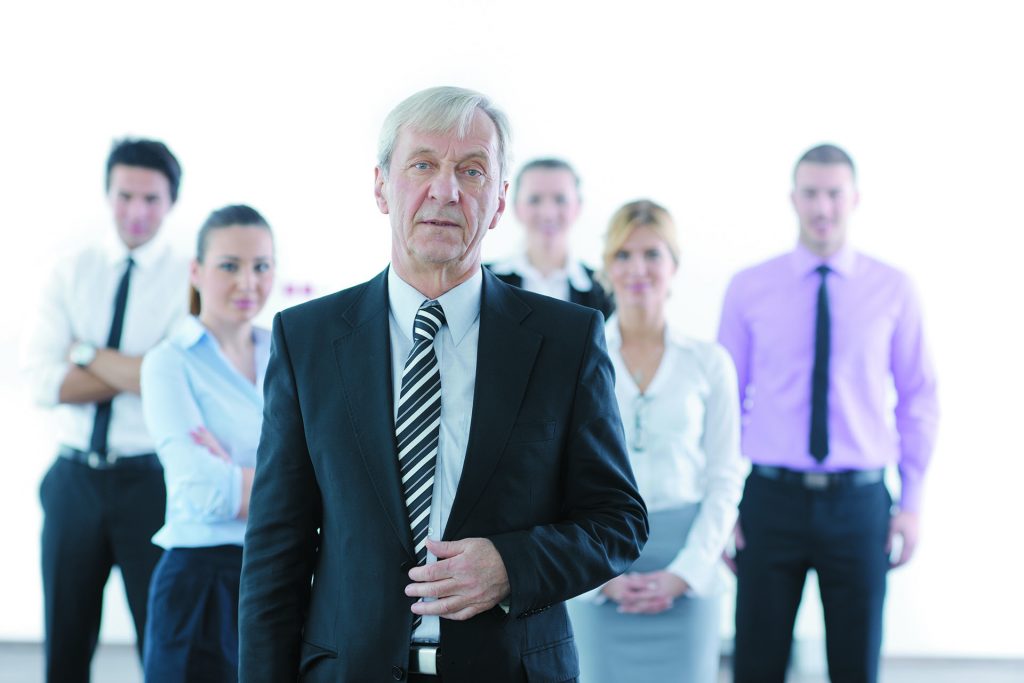 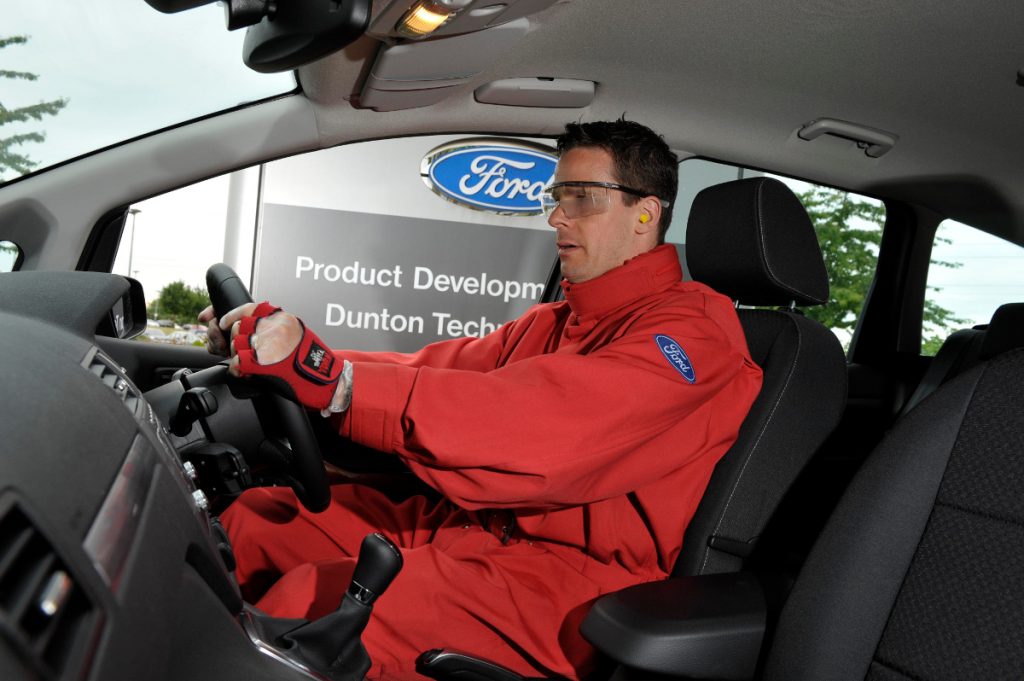