Although most of the attention at the 2015 Paris Climate Conference (COP21) focused on forging legally binding agreements to deal with the challenge of global climate change, technologists lobbied for quick action, clamoring to broadly implement proven techniques.

During the 2015 United Nations Framework Convention on Climate Change (UNFCCC), informally known as the 2015 Paris Climate Conference or COP21, 195 countries adopted the world’s first legally binding global climate deal. But Stefaan Simons, dean of engineering at Brunel University London, was less focused on the agreements than on the unusual audiences spilling out the doors of events where he spoke: an enthusiastic group of engineers convinced that they already have many of the answers to battling climate change.

"There was this bottom-up sentiment among the participants,” Simon said of COP21, which committed governments to sharp limits on carbon dioxide (CO2) emissions in the coming decades. “There were lots of groups representing networks of engineers, saying, ‘Yes, we do have the technology. Let’s get on with it. We are the practitioners, and we can do that.’ You could be skeptical, and a lot of people are, but at COP21 there was a recognition that we’ve got to get on with things."

A WORLD OF IDEAS

Inspiring – but limited – examples of how engineering the right solutions can reduce humanity’s impact on the planet are cropping up everywhere.

In Zimbabwe, where daily temperatures on the African veld swing from 35 to 104 degrees Fahrenheit (1.6 to 40 Celsius), termites build tall mounds that maintain the internal air temperature needed to cultivate the fungus they eat. In Harare, the country’s largest city, architects and engineers designed the Eastgate Centre shopping and office complex to mimic the termites’ self-cooling and self-heating mounds. The structure requires less than 10% of the energy of a conventional building of similar size. Greenhouse gases are slashed, rents are 20% less than for comparable space in the area’s traditional buildings, and the owners save millions each year on air-conditioning costs.

Half a world away and more than 4,100 meters (13,615 feet) above sea level in the altiplano highlands of the Andes, the city of El Alto, Bolivia, looks down upon the capital city of La Paz, 500 meters (1,700 feet) below. A bus trip to the capital, where family gardeners go to sell produce or buy supplies, can take one hour. But a new network of aerial cable cars has reduced the trip to between 10 and 17 minutes at substantially less cost than by train or bus.

CITIES AT THE CENTER

Experts project that more than 9.5 billion people will populate Earth by 2050, and 70%-80% of them will live in cities. Cities occupy only 3% of the world’s land, but they emit up to 80% of the world’s greenhouse gases, consume 75% percent of all natural resources and generate half of all global waste. “We have a single generation to fix it,” Swett said.

GETTING SMART ABOUT CLIMATE

From smart homes to smart cars, technology and the people who use it are already contributing to climate improvement efforts in hundreds of small ways. The trick now, experts say, is to massively scale the technologies that work.

“Smart homes and smart buildings use digital technologies to reduce energy consumption and better integrate renewables,” said Roberta Bigliani, associate vice president and head of Europe, Middle East and Africa for IDC Energy Insights. “Think about the very active role of many utilities in the world to develop electric vehicles and charge them with renewables, including decentralized resources.”

San Diego Gas & Electric in California, for example, plans to install 3,500 connected electric vehicle (EV) charging stations as part of the state’s goal of 1.5 million zero-emission vehicles by 2025. “Utilities have a fundamental role in de-carbonizing the society,” Bigliani said. “They can have a role in positively impacting consumer behaviors.“

Energy innovations also are moving agriculture off the farm and into the cities, reducing the need for transportation and its associated carbon outputs.

In 2015, in Singapore, for example, which imports 90% of its fruits and vegetables, Panasonic Factory Solutions Asia Pacific launched a high-tech, indoor, soil-based vegetable farm. Sharp Corporation has a similar operation to grow strawberries in Dubai. Sony, Toshiba and Fujitsu have transformed semiconductor facilities in Japan to grow hydroponic vegetables for local markets at more than twice the speed of traditional field production. In the United States, Green Sense Farms produces 26 harvests per year of lettuce, kale, arugula and herbs in a 30,000-square-foot Indiana warehouse without sunlight, soil, rain, pesticides or herbicides.

For centuries, farmers in the state of Kerala, along the Malabar Coast in southwest India, have cultivated rice in saline paddies that often lie below sea level. It’s a scene that drives the urgent counsel that C.M.A. Nayar, an electrical engineer and utilities industry expert who lives in Kerala, gives to his country’s government and business leaders as sea levels rise.

“Much will depend on our capacity to think out of the box and find innovative solutions through R&D to recycle CO2 and move toward a hydrogen economy,” he said. “This should be the top priority for the United Nations Framework Convention on Climate Change.”

Who pays the bills for such programs is a major hurdle, however. According to the “World Energy Outlook Special Briefing for COP21,” the energy sector alone will be called on to invest US$13.5 trillion over the next 15 years to satisfy the pledges made in Paris. US$8.3 trillion would go to improve efficiencies in transportation, buildings and industry, while the rest would go to de-carbonize the power sector.

“This may appear to be a herculean task,” Nayar said. “However, it will be possible if we have an integrated approach for waste disposal and electricity generation. India’s ability to respond to climate change, like other developing nations, also depends on wealthier nations that have the money and technology poor countries need.”

POTENTIAL IN THE DEVELOPING WORLD

Joel Makower, chairman and executive editor of California-based GreenBiz Group, which produces an annual “State of Green Business” report, met with many corporate CEOs during the Paris conference. He is convinced not only that companies need to help less prosperous countries go green, but that their efforts will reap economic rewards.

“Many companies have very long supply chains that extend to villages in Asia, Africa and South America, because they make some of the things we buy in the US, Europe and Japan,” Makower said. These markets form the base of a world economic pyramid that represents future markets. “Billions of people are coming into the middle class, not from the US but from Africa, India, Southeast Asia,” Makower said. “Improving their lives improves future markets, plain and simple.”

The Paris conference was different from past events in one significant way, Makower said. “Past conferences centered on how much this is going to cost,” he said. “This time it was all about opportunity. There are three big levers to pull to effect change at the scale we’re talking: technology, finance and policy. I don’t think there’s a technology barrier, and I don’t think there’s a finance barrier. So policy is a big area that needs to be addressed.”

One month after the COP21 delegates went home, scientists at Lawrence Livermore National Laboratory in California added urgency to the convention’s work, reporting that the oceans have absorbed energy equal to half of the total man-made heat uptake since 1865 in just the past 18 years. That’s a man-made temperature burden equivalent to a Hiroshima-style bomb exploding every second for 75 consecutive years. The oceans, which absorb more than 90% of man-made heat energy, the Lawrence Livermore team said in an article published by CBC Canada, can’t take much more.

In 2018, the nations that met in Paris will convene to revisit the emissions-cutting ideas discussed during COP21. Technologists worldwide agree that many of the solutions already exist, however. What the world needs most is the will to implement them on a global scale. ◆

Top image: From soil-based farms inside abandoned factories to hydroponic vegetable farms in cities throughout Asia Pacific, city-based agriculture reduces the need to transport produce – and the carbon outputs that go with it. (Image © Kenishirotie / iStock) 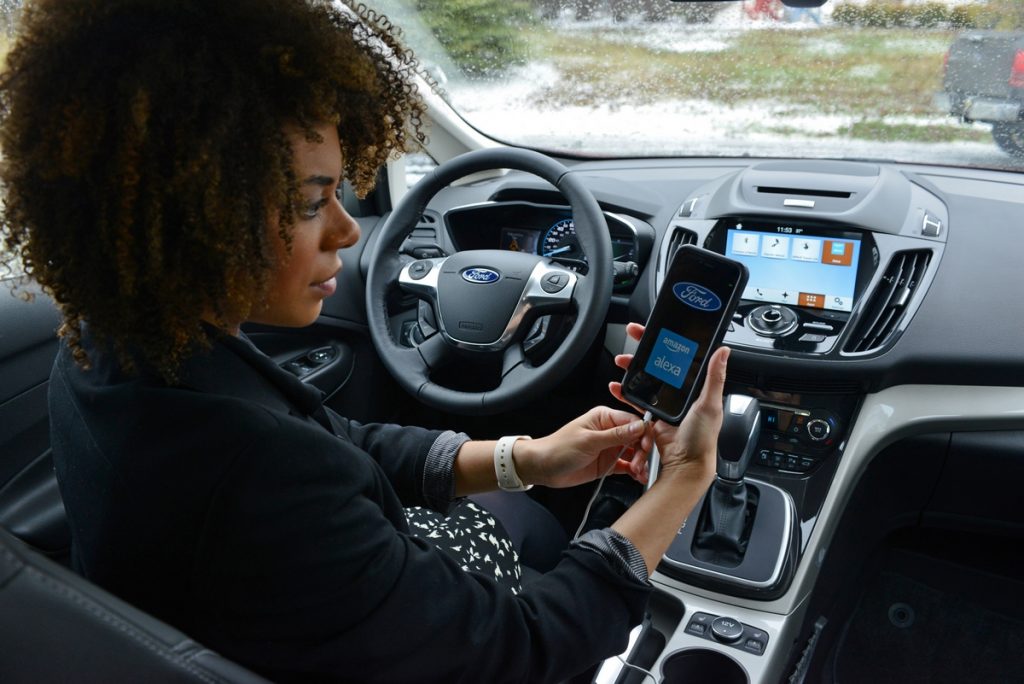 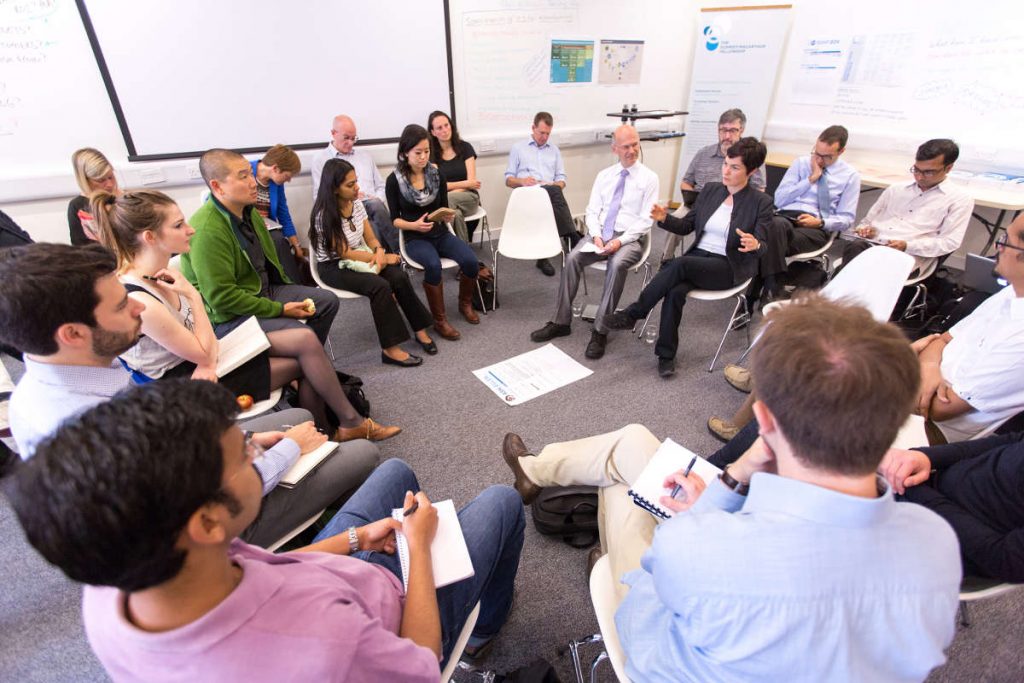 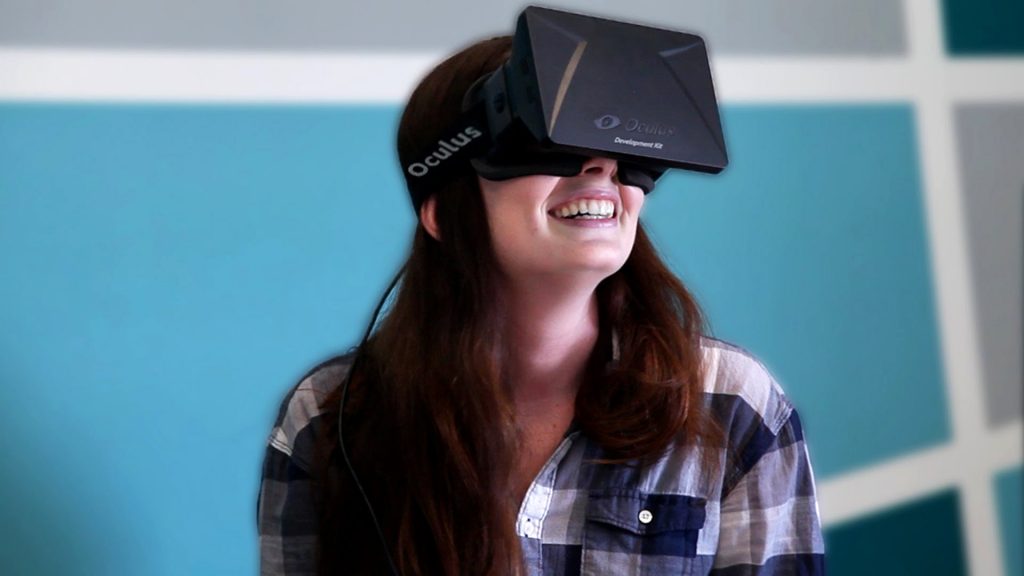 Armed with data-driven strategies, marketing shifts the balance of power in business