In our ultra-connected world, the latest trend is wearable technologies: data transmission systems built into clothing or accessories to transform what we wear into a new communication interface. With a wide range of capabilities, from tracking our moods to monitoring our health, the next-generation wardrobe is here.

Wearable technologies, the latest trend from the “Internet of Things,” are connected systems that can detect changes in their environment and react to stimuli from the wearer’s body. Some wearable technologies also have memorization and “learning” capabilities, and they are reinventing the functionalities of clothing and accessories.

Propelled by inventive designers and engineers from fields that include health care, fashion and entertainment, the market for connected objects is growing fast. With some items having retail prices of less than US$100, the global audit firm Deloitte estimates that 10 million products featuring wearable technologies were sold in 2014, for sales estimated at US$3 billion. US consulting firm Gartner forecasts that sales will reach US$10 billion by 2016. Given this potential, wearable technologies featured prominently in 2015 at the Consumer Electronics Show (CES) in Las Vegas, as well as the Mobile World Congress in Barcelona.

Consumers are embracing the technology for its ability to provide real-time feedback on their health or to improve productivity in the workplace. Businesses have a greater motivation: Every second, these wearable systems produce millions of pieces of data about users, providing more in-depth knowledge that allows businesses to design more customized – and more lucrative – offers and create a bond of loyalty with consumers and clients.

The systems also raise privacy issues, however. Insurance companies, for example, can access real-time information on users’ health and adjust the cost of coverage accordingly – a trend the healthy are likely to see as a boon but that those with health issues may see as an unwelcome intrusion into their lives and wallets.

Success in the wearable technologies market requires a clear understanding of its many subtleties, experts say. Technology buffs, for example, may embrace innovative functionalities regardless of how it looks, but overly “geeky” apparel won’t appeal to fashion-conscious consumers.

“There are two paths to be explored,” said Jef Holove, former CEO of Basis Science, a San Francisco-based smartwatch manufacturer that was acquired by Intel in 2014. “The first is health care related uses with sensors capable of monitoring heart failure or problems associated with diabetes. On the other side is a more entertainment-centered dimension with smart bracelets and watches.”

US consulting firm Gartner forecasts that wearable electronic device sales will reach US$10 billion by 2016.

Worn directly on the body, health-oriented wearable technology measures and analyzes physiological parameters, allowing for analysis that can improve health through early diagnosis or be used to fine-tune athletic performance.

“Let’s say I regularly run along the same route,” said Rodrigo Martinez, life sciences chief strategist at IDEO, a Boston-based company specializing in innovation and design. “The information recorded by a wearable accessory helps me understand what was different from one run to the next. Thanks to these devices, the body is no longer just connected, but truly working toward optimization.”

For example, Fitbit and Jawbone bracelets feature a pedometer, a heart-rhythm monitor and a system to measure sleep quality. Autonomy ranges from a few weeks to a full year. Associated software analyzes the information recorded to provide real-time recommendations via smartphone, including the optimum times to eat, take a nap or train. The system can even recommend when to slow down to avoid fatigue too early in a workout.

Wearable technology isn’t only for athletes, however; it’s also sparking interest in industry.

For example, Atheer Labs, a team of entrepreneurs and inventors based in Mountain View, California, has created a pair of smart glasses with an embedded sensor that lets wearers read information superimposed on the real world while manipulating digital fields with a simple gesture.

“In some cases we have to act within the real world, but at the same time we need to interact or access information from the digital world,” said Allen Yang, formerly chief technology officer at Atheer and principal investigator at the University of California, Berkeley, who is an expert in high-dimensional pattern recognition, computer vision, image processing and sensor networks. The immersive technology, Yang said, enhances collaboration and the human experience for those whose work makes it difficult for them to type on a keyboard or screen, such as an aircraft pilot or an oil-field worker, who may be wearing gloves.

In the health care sector, Google Glass offered similar technology before it was retired, allowing doctors separated by thousands of miles to communicate in real time during complex medical operations. In 2014, for example, doctors in France and Japan used the technology to collaborate during a prosthetic shoulder replacement procedure.

“In the end, these new devices will give professionals greater freedom in their activity while at the same time increasing productivity,” said François Benhamou, CEO of the infrastructure software provider Novell France.

Connected accessories such as bracelets and glasses were only the first wave of the wearables industry, however. Today, an increasing number of companies are incorporating their technology directly into clothes – even weaving them into fabric. Connected clothes are washable and often are designed to be environmentally friendly and downright stylish. Many of the products on display at recent technology shows were novel, but they illustrate the vast array of possibilities these technologies offer. For instance, the Bubelle dress by Netherlands-based Philips Design changes colors and levels of brightness depending on the wearer’s mood.

Not so G-rated, the Dutch artist Daan Roosegaarde developed Intimacy 2.0, a dress that becomes see-through in response to an increase in heart rate and body temperature. A jacket created by Australia-based Wearable Experiments, and the Lechal shoe from the Indian company Ducere, are invisible GPS devices, vibrating to point the wearer in the right direction thanks to a Bluetooth connection to his or her smartphone.

Pierre-Alexandre Fournier is co-founder and CEO of Hexoskin, based in Montreal, which created a biometric shirt for sport training and health tracking. He predicts that all clothing will soon come equipped with wearable technologies.

“Our 100% textile sensors are connected to a small portable case and incorporated into our t-shirts,” Fournier said. “They measure respiratory volume, heart rate recovery time and calorie burn rate.” The applications, he said, are particularly useful for diabetics, whose blood sugar can drop or spike without warning, and for people at risk of heart failure.

Early detection of hidden health issues is a rapidly advancing niche in the wearable technology industry. Cyrcadia Health, based in Reno, Nevada, for example, has developed a connected bra that can detect breast cancer by sensing changes in localized body temperature. When a cancerous tumor is present, the body creates new blood vessels to nourish it. By detecting localized increases in temperature, this undergarment makes it easier for physicians to identify the presence of a tumor early in its development.

Disease prevention is an even loftier goal for connected clothing. Using nanotechnologies, Kenyan researcher Frederick Ochanda and Gambian stylist Matilda Ceesay have designed mosquito-repellent clothing – a crucial innovation in Africa, where more than 600,000 people die every year from malaria. Likewise, Google’s new Smart Lens, an experimental contact lens for diabetics and those at risk of developing the condition, measures the glucose content in tears using a minuscule sensor connected to an RFID (Radio Frequency Identification) chip. The wearer can transmit the results to a mobile device by simply placing the device close to the eye.

Thanks to advances in bio- and nanotechnologies, connected technology is moving even closer than our clothes – soon, we’ll be able to wear it inside our bodies. For example, Nokia recently patented a temporary tattoo made of ferromagnetic ink that vibrates at different frequencies when subjected to an electromagnetic field. Paired with a smartphone, it lets the wearer feel an incoming call or message.

Joseph Wang, chair of nanoengineering at the University of California, San Diego, is working on a “smart tattoo” to measure the lactic acid content in sweat, which is believed to induce muscle cramps. Theoretically, the tattoo can alert athletes if the level of lactic acid approaches a critical threshold, prompting them to rest or hydrate.

These and other applications demonstrate the enormous potential of these invisible, non-invasive and increasingly affordable technologies. From revealing our mood to monitoring our health, these systems are redefining the very notion of a “must-have” fashion accessory. 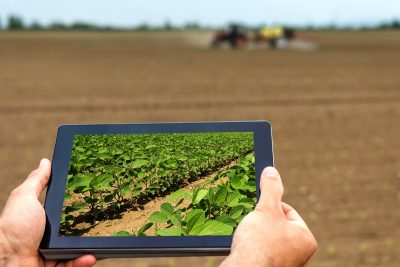 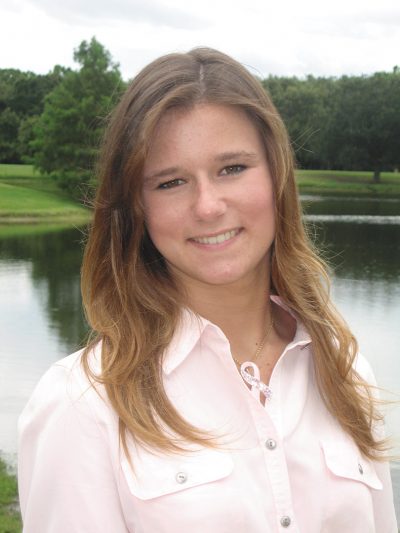 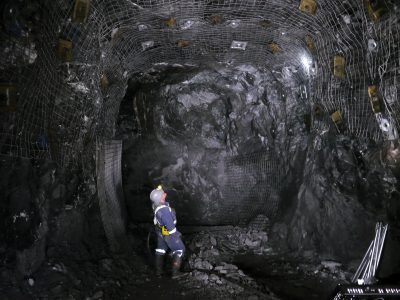 Mine owners focus on technology to control costs 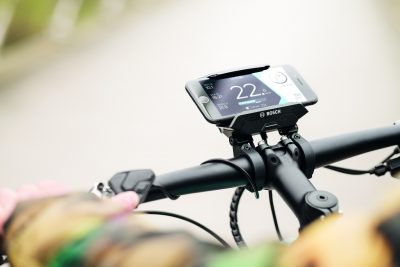