Consumer products are smart, connected and tactile–and soon, surfaces ranging from car armrests to front door locks will be, too, thanks to injection molded structural electronics (IMSE). IMSE makes electronic circuitry and functionality part of the 3D structure itself, enabling sleek, elegant product designs that eliminate the need for mechanical buttons and switches.

Homeowners will soon be able to open their doors with a touch, thanks to smart-lock maker PassiveBolt. The company, based in Ann Arbor, Michigan, used automotive-grade technology to convert existing deadbolt hardware into a touch-activated device. After winning a Consumer Electronics Show (CES) 2020 Innovation Award in the Smart Home category for engineering and design quality, PassiveBolt’s Shepherd Lock is scheduled to hit the market this year.

Like keyless car entry, the Shepherd Lock lets a homeowner lock and unlock a door by simply touching its smart surface, provided they have their virtual key on a smartphone or fob they carry with them. Owners also can check the lock’s status via a mobile app, and the device alerts the owner and freezes the lock if an intruder tries to break in or disable the lock.

The sleek, simple design is possible thanks to in-mold electronics (IME) technology developed by TactoTek of Oulu, Finland. TaktoTek calls its IME technology IMSE (injection molded structural electronics), and it brings electronics to places traditional electronics could never go, encapsulating functionality within thin injection-molded plastic that responds to touch. The result: sleek, elegant, smart surfaces that are protected from vibration, debris and moisture and significantly cut down on thickness and weight.

“The only way to achieve such a seamless design was to embed the touch sensor and feedback LEDs into the surface of the cover,” said Kabir Maiga, co-founder of PassiveBolt. “IMSE was the solution that unlocked this design option.”

If you have ever tried to clean your toddler’s cracker crumbs out of the spaces around car window buttons, the disadvantages of traditional mechanical controls are obvious. Designers hate them, too, because they interrupt and visually clutter spaces that should be smooth and flowing. IMSE eliminates crumb-collectors and visual clutter by hiding touch-activated controls under a thin, smooth surface. This transforms vehicle door trims, cover panels, and other locations that were once too thin for traditional electronic structures into beautiful surfaces that become controls for lighting and other electronic functions when touched.

“IMSE parts are smart, molded structures, meaning that the electronics are part of the structure itself,” said Dave Rice, senior vice president of marketing at TactoTek. “They are typically 2 to 3.5 millimeters (0.07 to 0.13 inches) thick and injection molded into a single 3D piece.”

IMSE allows manufacturers like PassiveBolt to create previously impossible, innovative products that deliver on both style and functionality.

“IMSE provides the ability to simplify a mechatronic design,” PassiveBolt’s Maiga said. “It makes it possible to combine electronic and mechanical parts into a unified piece, thereby rendering mechanical stack-ups significantly less complex, cutting down on the number of parts we need to manufacture and giving us far more design options.”

THE INDUSTRIALIZATION OF IME

Before that can happen, however, designers and engineers must learn how to design successful integrated parts, TactoTek’s Rice said.

“To be successful in the marketplace, IMSE technology must be predictable, reliable and economical,” Rice said. “Those qualities require a deep knowledge of the materials and electronic components used in IMSE parts and how they interact during IMSE manufacturing processes, as well as design rules for using them.”

To help, he said, TactoTek has developed an offering called IMSE Builder. “Through tests and analyses, we create and document validated design rules, materials and components, manufacturing process controls, testing and quality assurance methods,” Rice said. “TactoTek licenses the patents and know-how to other manufacturers that mass-produce IMSE parts. We help them understand what’s possible with IMSE technology; they use their design vision and creativity to bring it to life.”

APPLICATIONS ON THE INCREASE

As a result, original equipment manufacturers and designers are beginning to use TactoTek’s technology to develop innovative new products and high-value, differentiated user experiences.

“The dominant use cases from our customers are control panels: touch buttons, linear and circular slider controls, proximity sensors to ‘wake up’ a device, lighting to illuminate icons, show status and for styling,” Rice said. “From coffee machines to dishwashers, industrial controls to vehicle overhead control panels, these man-machine interfaces are very popular.”

Finnish sports watch maker Suunto, for example, uses TactoTek’s IMSE technology in its Movesense activity tracker – a sensor that is 36.576 millimeters (1.44 inches) in diameter, weighs 9.92 grams (0.35 ounces), and can be embedded into clothes, shoes, sports equipment and even dog collars to track movement. Suunto chose IMSE for its thin structure, durability and cost effectiveness.

“Suunto specified that the part had to withstand 10,000 flex cycles – our test fixture broke after the part survived more than 70,000 cycles – and 50 washing machine cycles,” Rice said. “It shows some of the creativity engineers are bringing to the technology.”

Soon, a TactoTek customer in the automotive market will reveal an IMSE part slated for millions of vehicles. “That use case, and several others that are very different, will likely be seen in production vehicles in the next two to three years,” Rice said. “The vast majority of these solutions are man-machine interfaces that include lighting for function and styling, capacitive touch controls, circuitry and, in several cases, printed antennas for connectivity.”

Look for even more IMSE designs in the near future. CAD developers have begun to build support for the technology into their design software, making it easier for designers and engineers to incorporate IMSE into their products and further raising awareness of the technology.

PassiveBolt, for one, continues to explore how IMSE can help it disrupt the smart home market and differentiate its products.

“IMSE allows us to easily customize the smart surface with our customers’ branding without any tooling change, which saves time and money,” Maiga said. “We also plan to leverage smart surface designs in several upcoming products. IMSE makes for simpler designs and improved user experience.”

Top image: This seamless single piece injection molded Command Input Controller is only 3mm (.012) thick. It features sensor surfaces illuminated with LEDs molded directly into the plastic and a raised round knob with with tactile features for multi-touch rotary inputs. (Image © Tactotek) 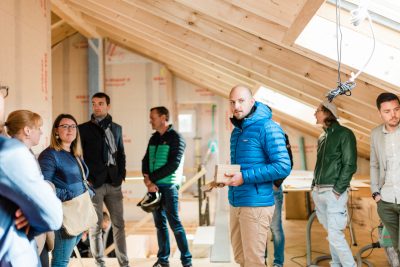 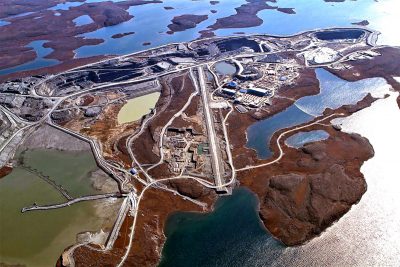 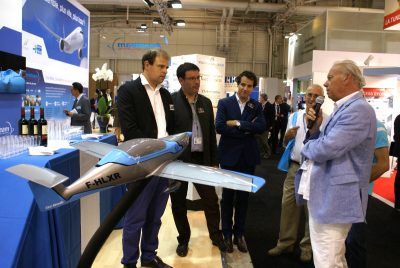 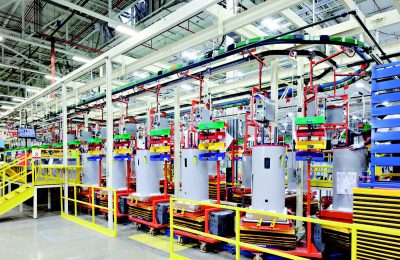