From retail banking customer service to the capital markets, financial technology – FinTech for short – is reshaping the financial industry as established players scramble to compete with or buy up the technology startups that are streamlining age-old processes.

Until recently, a US firm wanting to wire US$1,000 to a European supplier would pay a bank fee of around US$46. Now, however, a London-based tech startup called TransferWise offers the same transaction over the Internet for just US$10, a savings of 78% – and TransferWise still pays a better exchange rate than most banks.

TransferWise is part of a booming new business sector called financial technology – FinTech for short. Just as digital technology upended the music industry and Amazon remade the book business, FinTech is causing a revolution in many parts of financial services.

According to London-based market researcher StrategyEye, venture capital investment in FinTech companies has skyrocketed from US$520 million in 2010 to around US$2.8 billion in 2014, a 500% increase. About one-third of that investment is from Silicon Valley in California, according to Accenture, a global consulting firm; the remainder is divided primarily between investors in New York and London.

“WE’RE TRYING TO WORK WITH COMPANIES THAT ARE NIMBLE, WHOM WE CAN BRING IN AS PARTNERS OR MODULES OF OPPORTUNITY AND VERY QUICKLY BRING SOME OF THESE IDEAS TO MARKET.”

“The entire financial services industry is going to be reinvented with technology, and we think there is US$1.25 trillion in the US alone that’s up for grabs,” said Greg Neufeld, managing partner and founder of New York-based ValueStream Labs, one of the “seed accelerators” that has emerged in key cities across Europe, the US and Asia to foster a community of support for FinTech startups. “Services are becoming products, relationships are becoming electronic platforms and manual processes are being automated,” Neufeld said. “The delivery mechanism is Web and mobile instead of in person or over the phone.”

Two distinctly different types of FinTech are emerging: business-to-consumer (B2C) and business-to-business (B2B). Silicon Valley investments have gone mainly to consumer-oriented technology firms, where the potential for a large number of users exists and the business can grow rapidly and deliver a relatively quick payoff to investors. Consumer-focused FinTech firms include San Francisco-based Square, a credit card payments processor ubiquitous at flea markets and mall kiosks for accepting credit card purchases, and San Francisco- based Lending Club, a startup founded by French entrepreneur Renaud Laplanche that makes loans to refinance credit card balances. Lending Club listed on the New York Stock Exchange in December 2014, where investors gave it a staggering first-day valuation of US$9 billion – among the top 10 US banks in terms of market capitalization.

“The reason that venture capitalists like the business-to-consumer FinTech firms is that they have millions of potential customers that might need investment advice or online payments, and so they can massively scale up that business,” said David Easthope, senior vice president and research director in the Securities and Investments division of Celent, which focuses on the application of information technology to global financial services from its offices in the US, London and Tokyo.

The second type of FinTech firm is focused on B2B applications. They identify a process or undertaking within financial services, such as data mining or analysis, that can be done better or more cheaply with proprietary software, and then sell or lease their services to financial institutions. B2B FinTech firms typically have been started by financial services professionals in mid-career, Easthope said, rather than by young tech entrepreneurs.

Still others, such as the Bank of New York Mellon (BNY Mellon), the world’s largest custodian bank, which manages investments for mutual fund companies and pension funds, are investing in FinTech to profit from the vast amounts of data they have accumulated about equities and bonds.

San Francisco-based iMatchative, for example, is a B2B FinTech company that offers a cloud-based system of algorithms and behavioral statistics to help institutional investors find the best hedge fund investments.

Many leading FinTech firms have been founded in London, which has benefited from a perfect storm of seed financing, UK government tax breaks and promotion, and local financial services expertise. London has five separate FinTech accelerators, and the UK claimed more than half of Europe’s 2013 FinTech deals and 69% of all European FinTech funding, according to Accenture.

Daniel Glazer, who co-leads the Technology Transactions Group at the global law firm Fried, Frank, Harris, Shriver & Jacobson LLP, said that the UK has “real advantages relative to the US in terms of the regulatory landscape, and London in particular is a bit more user-friendly to early-stage FinTech companies.” Glazer, who helps London-based firms enter the US market, said this helps to explain why roughly half of the venture capital funding invested in London-based FinTech companies is now coming from the US.

In addition to the traditional channels of venture capital, Britain leads the US in non-traditional types of funding like equity crowdfunding, which allows retail investors to make angel investments over the Internet. US regulations on crowdfunding are much more restrictive than those in the UK.

“THE ENTIRE FINANCIAL SERVICES INDUSTRY IS GOING TO BE REINVENTED WITH TECHNOLOGY, AND WE THINK THEREIS US$1.25 TRILLION IN THE US ALONE THAT’S UP FOR GRABS.”

Claire Cockerton, CEO of Innovate Finance, an organization set up with British government backing to help FinTech companies in the UK, said that big technology firms, including Apple, IBM and Google, see themselves as alternative payment or savings platforms. “Tech firms manage data better than traditional banks, and they see that they can move into this sector by applying their tech expertise to the complex world of banking,” Cockerton said.

While traditional banks may be less likely to fund startups, they are the logical end users for much of the FinTech expertise. For example, Spanish bank BBVA purchased Simple, a London-based online bank, for US$117 million in February 2014, gaining online expertise in a single transaction without having to build an online division from scratch.

“Banks are often the slowest to adopt a new trend,” Celent’s Easthope said. “They tend to do a poor job of cannibalizing themselves. They don’t have engineers who want to take a lot of risk. So they wait for these applications to be developed and then they go out and buy them.”

London-based HSBC, for example, is engaged with startups in a couple of pilot projects involving artificial intelligence, which helps the bank build a picture of a client’s future needs so that the bank can tailor its offerings accordingly, said James Stickland, director for Innovation and Investments at HSBC Global Banking and Markets.

“As a big institution with a 150-year legacy, we’re trying to work with companies that are nimble, whom we can bring in as partners or modules of opportunity and very quickly bring some of these ideas to market,” Stickland said.

Banking and securities firms spent an estimated US$485 billion on information technology in 2014, according to Accenture, more than any other industry sector. After the financial crisis of 2009, banks had to cut back on internal spending and staff, creating a unique environment for outside startup firms to step in and provide key infrastructure the industry requires.

Whether that infrastructure is developed through competition from large public companies, such as Lending Club, or smaller boutique firms that serve only a handful of financial services customers, the sector’s growth seems likely to continue its impressive growth path. ◆ 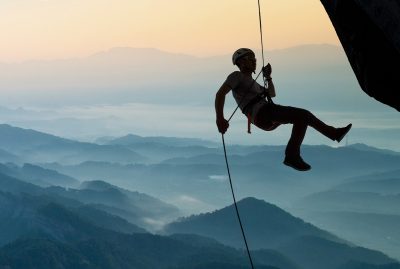 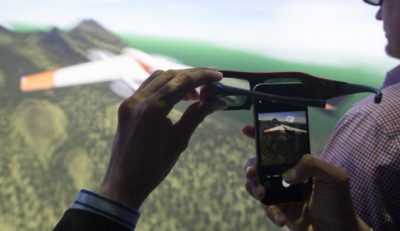 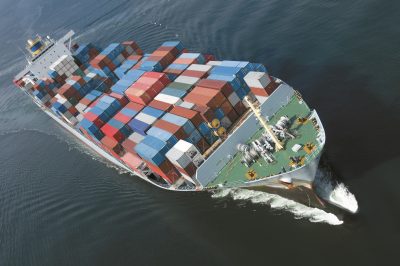