Developing and advancing talented women promises significant economic benefits. Studies show that companies with a higher proportion of women on their management committees are the best performers. But top circles of corporate and government leadership remain male bastions, and governments across Europe are adopting legislation to force equality.

Women account for half of the potential global talent base but, according to the World Economic Forum’s “Global Gender Gap Report 2012,” significant gaps in senior positions, wages and leadership levels still persist in corporations and governments in all countries.

Those gaps remain despite evidence that indicates organizations limit their own success when they fail to take full advantage of their female employees’ knowledge and skills. “Research shows that practices which aim to close gender gaps have a positive influence on bottom line, innovation and team success,” said Saadia Zahidi, an author of the report who serves as senior director of Gender Parity and Human Capital at the World Economic Forum (WEF). “Pursuing gender diversity also leads to access to a growing, well-educated segment of the workforce.”

“Women Matter,” an annual research project started in 2007 by global management consulting firm McKinsey, supports Zahidi’s observation, providing evidence that companies with the highest proportion of women in senior management positions achieve enhanced organizational and financial performance. One study showed that the 89 publicly traded European companies with the highest levels of gender diversity in top management posts, on average, outperformed their sectors in return on equity (11.4% versus an average 10.3%), operating results (earnings before interest of 11.1% versus 5.8%) and stock price growth (64% versus 47%) between 2005 and 2007.

“Today, women account for more than half of university graduates globally; in the Organisation for Economic Cooperation and Development member countries, they will soon account for around 70% of those coming out of higher education,” said Pedro Taborda, deputy director of Caixa Geral de Depósitos in Portugal, who has previously served as a human resources manager for numerous Portuguese companies. “To succeed, companies must take advantage of the talents of the entire workforce.”

For Taborda, the gender gap is particularly perplexing because women control most consumer spending. “In Europe, women are the driving force behind more than 70% of household purchases, even though they account for only 51% of the population,” he said. “Having companies with leaders who better match their customers’ demographics makes good business sense.”

However, companies and governments are a long way from equally leveraging the talents of their female employees. In its 2013 annual survey “Women on Boards,” global research and ratings provider GMI Ratings found that women hold just 11% of board seats at the world’s largest companies. This marks an increase of 0.5 percentage points since December 2011 and only 1.7 percentage points since 2009.

The survey also highlighted the significant variations by region. While Norway, Sweden and Finland continue to lead the developed world in their percentage of female directors, with 36.1%, 27%, and 26.8%, respectively, Canada’s progress is stagnant at 13.1%, unchanged from 2012. Representation of women on boards remains poorest in Japan, where 1.1% of directors are female.

“Each company has to identify practices that will suit best their gender gaps, their company culture and national policies.”

According to the 2012 McKinsey report “Women Matter: An Asian Perspective,” women on average account for just 6% of seats on corporate boards and 8% of those on executive committees across Asia. The UN Economic and Social Commission for Asia and the Pacific Countries reported in April 2013 that restricting job opportunities for women is costing the region an estimated US$89 billion every year.

“The blunt truth is that men still run the world,” Facebook COO Sheryl Sandberg wrote in her book Lean In. “While women continue to outpace men in educational achievement, we have ceased making real progress at the top of any industry. This means that when it comes to making the decisions that most affect our world, women’s voices are not equally heard.”

Legislators in several countries have grown tired of waiting for corporations to become more gender-balanced – despite marked gender inequality in their own ranks. Belgium, France, Iceland, Israel, Italy, Malaysia, the Netherlands, Norway and Spain have all introduced legal instruments to promote gender equality on company boards. The European Commission, where 54.5% of staff members are women, has also proposed a law that would require company boards to have 40% female membership by 2020.

Not everyone thinks such quotas are a good idea. “On the surface, a quota may simulate fairness, but it tends to exacerbate unfairness for individuals rather than eliminate it,” German Family Minister Kristina Schröder, who resigned to spend more time with her children following the 2013 elections, told Spiegel Online in March 2012. “I think it’s absurd to impose a uniform quota on very different companies, from the steel industry to the media.” Women with family responsibilities also tend to reject the 80-hour workweeks expected of senior executives, Schröder said, making them more difficult to promote.

Astrid Lulling, a member of European Parliament (MEP) from Luxembourg, agrees. “Why don’t we have women governing the Central Bank in many countries? Because women, who are now at the age to enter into these positions, didn’t study mathematics, finance, business administration or economics,” she told German broadcaster Deutsche Welle.

Proponents are not dissuaded. “I don’t like quotas, but I like what they do,” said Viviane Reding, the European commissioner responsible for the EU proposal. Likewise, Easyjet CEO Carolyn McCall told Management Today magazine: “I’m against quotas because of their tremendous potential to cause a backlash and set things back further, but there has to be a better balance on boards. It’s the pipeline of female executive talent that we should focus on.”

BAE Systems and Lockheed Martin – which operate in the traditionally male-dominated aerospace and defense industries – are just two examples of top companies that have appointed female chief executives to lead their businesses.

“We’ve been investing in talent and developing our talent for many years,” Marillyn Hewson, who took the top position at Lockheed Martin at the start of 2013, said at the company’s Ninth Annual Women’s Leadership Forum in November 2012. “It’s no surprise to me that we’re seeing more and more women leaders moving into senior roles. They have competed, and they have gotten results. I’m really proud of Lockheed Martin and what we’ve done to build our talent pipeline. We have invested in the growth of our employees. We’ve worked hard to help them get ready for the next job.”

To groom female employees for top positions, however, companies first must develop female-friendly policies and cultures. “Family leave, childcare assistance and gender-friendly taxation systems are all policies that can play a key role in influencing the magnitude and scope of the economic participation gender gap,” Zahidi said. “Additionally, companies can put in place practices such as measurement and target-setting, mentorship and training programs, awareness, incentives and accountability, and work-life balance, among others, as these can have an impact in closing the economic gender gap.”

Such programs are a strong focus at BAE, said Donna Halkyard, head of Diversity and Inclusion at global defense, aerospace and security company BAE Systems Inc., a US-based, wholly owned subsidiary of London-based BAE Systems plc. “We run school roadshows to encourage young girls to pursue science, technology, engineering and mathematics (STEM) related careers. At the moment, the (UK) national average for female STEM apprentices is 5%; we take in more than double that.”

Halkyard notes that Linda Hudson, president and CEO of BAE Systems Inc., sits on the company’s global executive committee. “Linda has demonstrated a real commitment to meeting our gender-balance goals and inspiring women to succeed,” Halkyard said. “She has personally established a diversity council composed of senior leaders within our US business to actively engage with women at all levels of the business and help them reach their full potential.”

BAE Systems also has established employee networks, including a global women’s virtual forum, where women across all levels of the business can share their personal experiences, mentor one another and highlight their success. “Currently, 25% of our board of directors is made up of females,” Halkyard said. “Our chairman has made a public commitment to at least maintain that level. We also have a company target to ensure that at least 25% of our people at executive committee level are women. In June 2012, we achieved that.”

Like BAE Systems, companies benefit most when they implement gender diversity in ways that complement and enhance their specific corporate cultures. “Ultimately,” Zahidi said, “each company has to identify practices that will suit best their gender gaps, their company culture and national policies.” ◆ 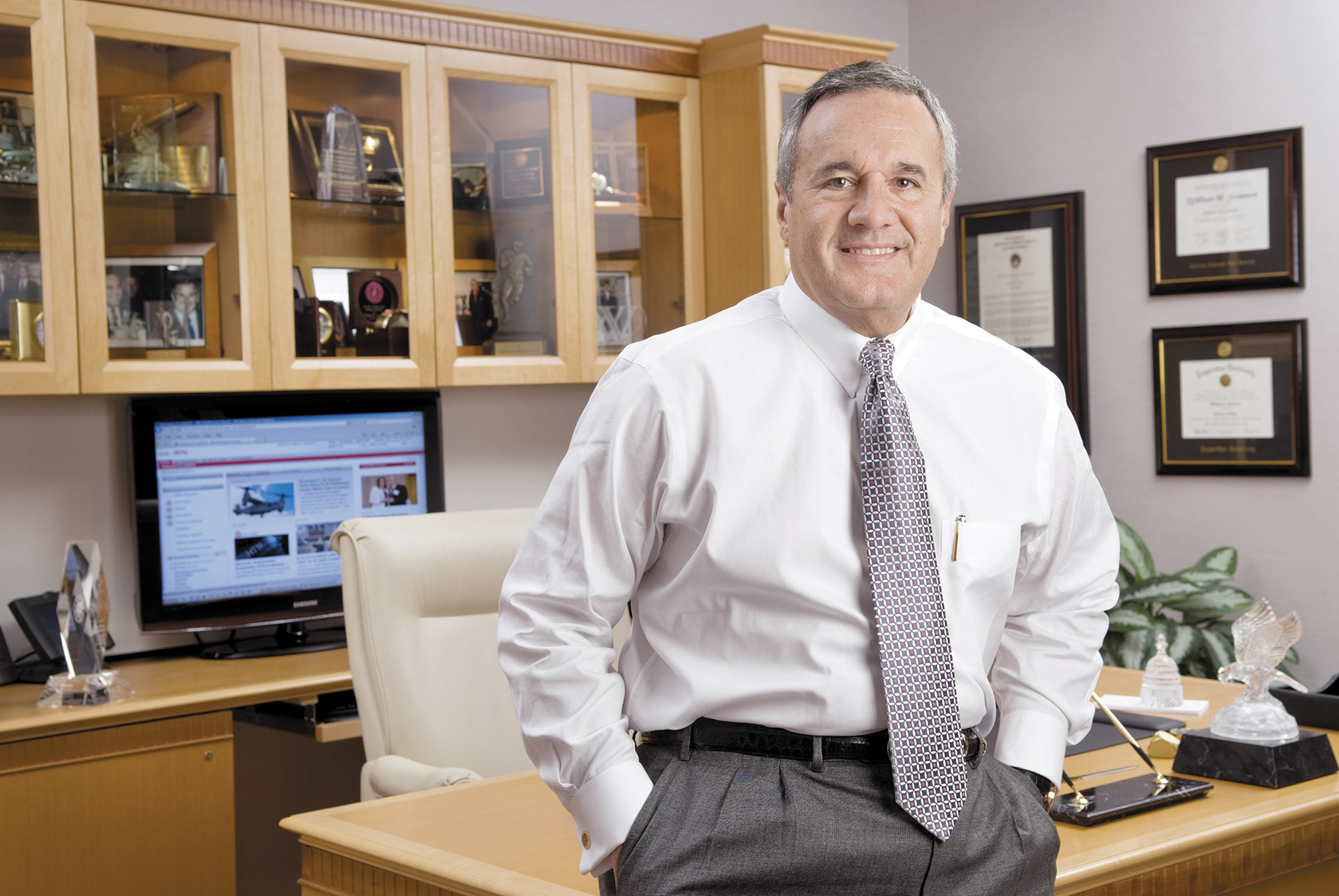 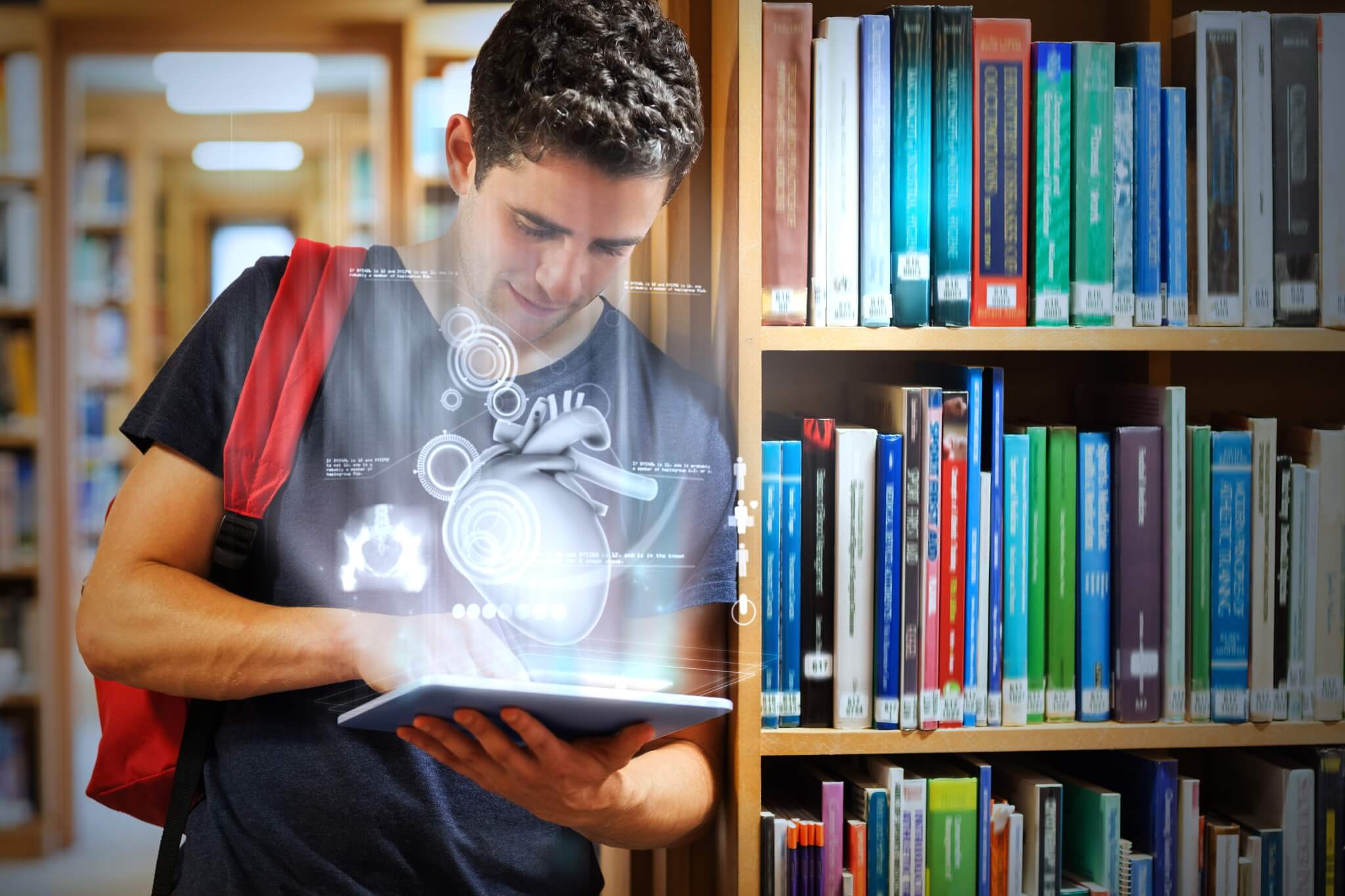 Digital technology is transforming the textbook 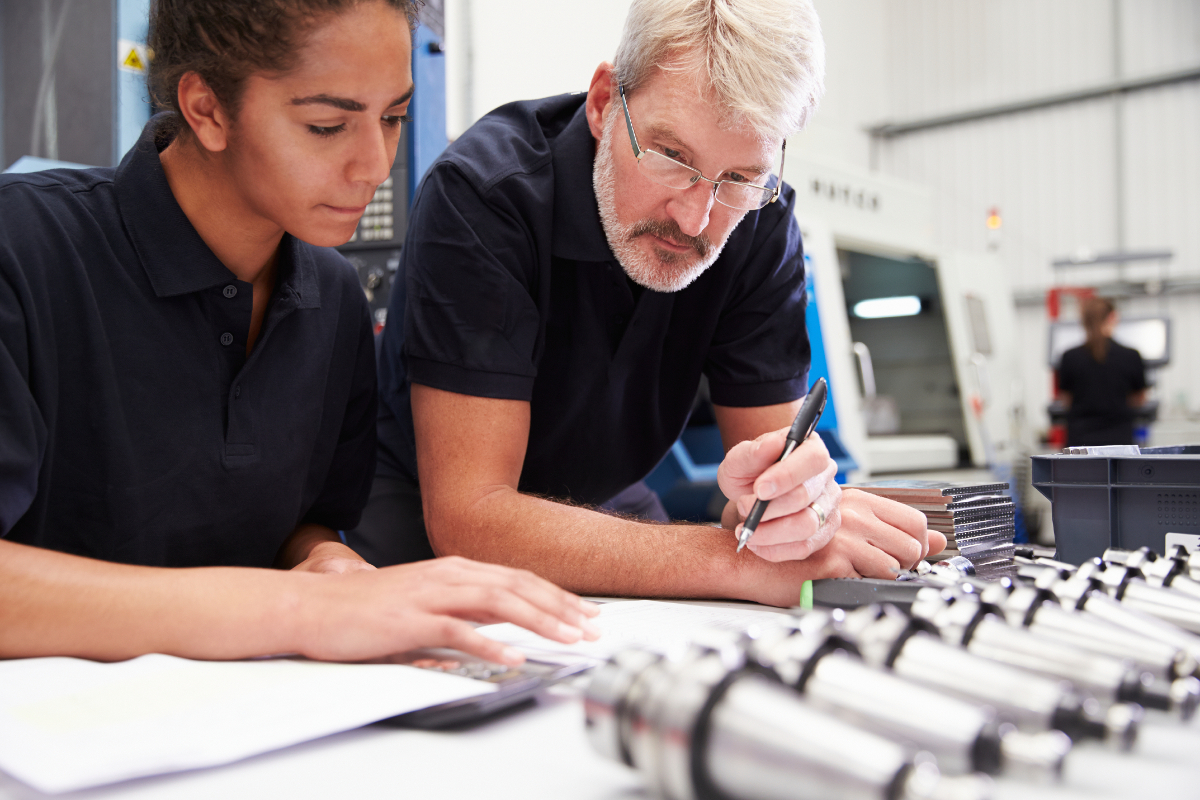 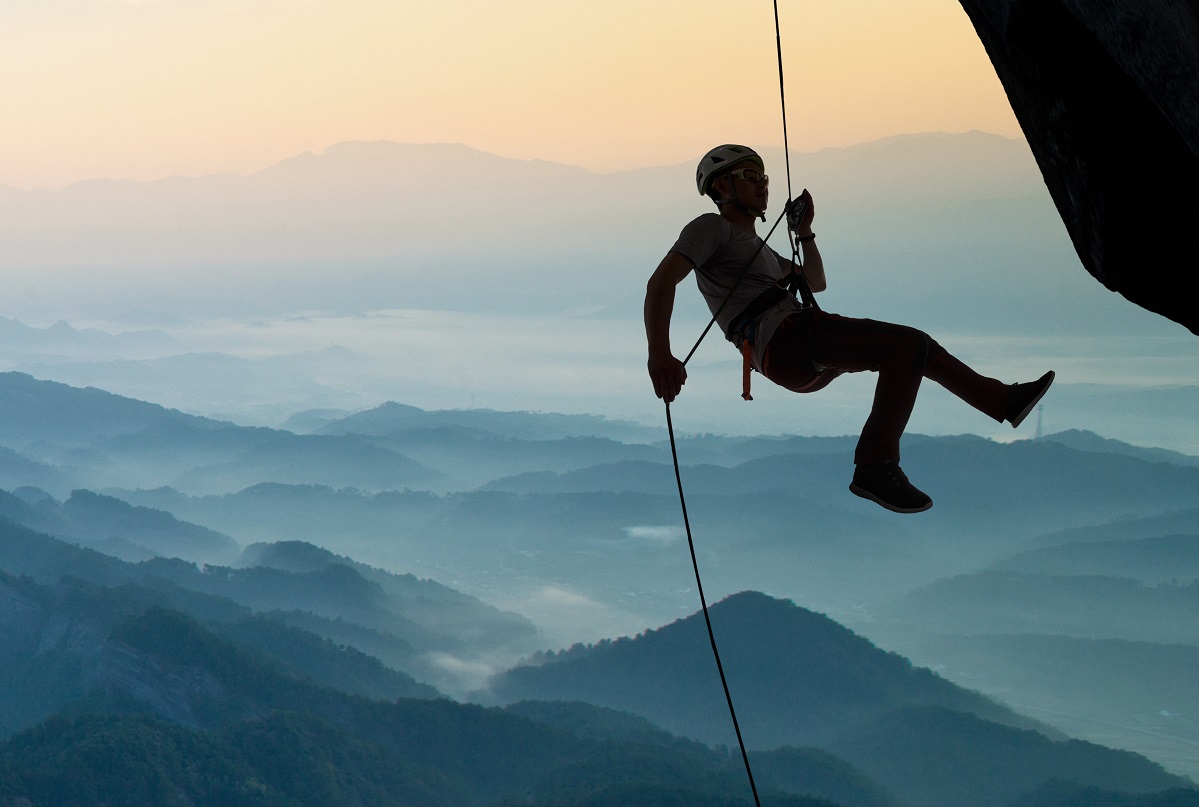