Humanitarian relief organizations may have the world’s most difficult supply chain challenge, requiring tradeoffs between cost, efficiency and speed with lives hanging in the balance. As their challenges increase, more of these organizations are adopting supply chain optimization systems, helping the organizations’ experts identify the best options in record time.

When violence flared in the remote Ferghana Valley of southern Kyrgyzstan in 2010, it drove an estimated 400,000 people from their homes, provoking the kind of humanitarian crisis that sets the International Committee of the Red Cross (ICRC) in motion to organize an emergency response.

At ICRC’s headquarters in Geneva,where planners for the organization’s Eurasia region are based, workers mobilized blankets and medical kits from Swiss warehouses for a crisis area more than 4,000 miles (6,437 kilometers) away. As the planning unfolded, however, a member of ICRC’s logistics team realized that its warehouse in Peshawar, Pakistan, though responsible for serving the ICRC’s Far East division, was much closer, only 1,000 miles (1,600 kilometers) from Kyrgyzstan.

“What we had to do was use intuition,” said Christophe Hambye, head of the ICRC’s logistics division. “The cost of flying supplies from Europe would have been tremendous.”

Fortunately, ICRC’s risk of logistics missteps has dropped since the organization computerized many of its logistics functions, Hambye said. One piece of software, developed with two engineering schools, the École Polytechnique Fédérale in Lausanne and the Eidgenössische Technische Hochschule in Zurich, helps the ICRC determine where to preposition supplies to optimize response times.

“We managed to model where we should be keeping different inventory, taking into account inbound routes — where commodities come from and by which means of transport — and how we model the outbound routes from these centers to selected operational sites,” Hambye said. “It includes speed of delivery, urgent scenarios and the environmental footprint.”

While retail firms have used computers to optimize their sprawling supply chains for more than a decade, humanitarian organizations – which often have diverse global suppliers and emergency needs spread over different parts of the world – are only beginning to deploy sophisticated supply chain software. These systems analyze the complex logistics of purchasing, storing and dispatching supplies in a matter of seconds, managing the tradeoffs and presenting planners with a range of options. This ensures that better options, such as the one ICRC almost missed in Kyrgyzstan, are always considered.

When used by humanitarian organizations, however, the supply chain systems developed for commercial organizations may need additional programming. If airports, roads or ports are closed by war, weather or earthquakes, for example, relief agencies that have worked in advance with their system’s programmers will be able to automatically source helicopters, camels or elephants to transport supplies into otherwise inaccessible regions.

While business and industry tend to use supply chain optimization to reduce their costs, humanitarian organizations have a different agenda.

“When you deal with humanitarian goods the objective is not to maximize profits or revenues, but rather to save human lives,” said Burak Kazaz, a professor of supply chain management at the Whitman School of Management at Syracuse University.

Kazaz and two academic colleagues were called in by the United Nations Children’s Fund (UNICEF) to help the organization figure out how much of its budget to spend shipping relief supplies by ground, which is less expensive, versus how much to transport by air, which costs more but can reach a disaster-hit area more quickly, saving more lives.

In 2008, for example, 8.4 million people faced a “hunger emergency” in parts of Ethiopia, Somalia and Kenya when crop failures hit crucial areas and UNICEF ran short of ready-to-use therapeutic food (RUTF), a nutrient-dense combination of peanut butter, vegetable oil, powdered milk and vitamins packaged for long shelf life. The Kazaz study found that the agency had not set aside enough emergency funds to transport RUTF shipments by air and had to raise more money, a time-consuming process.

To prevent such situations in the future, Kazaz and his colleagues developed a mathematical model to help agencies like UNICEF figure out how much of the agency’s budget should be earmarked for shipping relief supplies by ground methods (sea or truck), or by air. “Our work provided a scientific approach to the problem as opposed to a gut feeling of ‘let’s reserve a certain percentage for air shipments,’” Kazaz said.

For example, one counterintuitive insight the model produced was to suggest spending heavily in just one country rather than spending money evenly over all the affected countries. By accurately determining the needs for one country, with expenditures for resources such as staff on the ground to determine the state of crops and obtain accurate weather data, Kazaz said, UNICEF can more efficiently distribute its relief aid.

An even bigger effort to streamline supply chains for humanitarian relief is taking place under the auspices of with non-governmental organizations (NGOs) in an effort to eliminate overthe United Nations, which is working lap and shortages when a crisis hits. Known as the Emergency Supply Pre-Positioning Strategy, or ESUPS, the goal is to create a shared central platform for tracking all organizations’ relief inventory, then use optimization software to determine where relief supplies should be stored. The software makes its recommendations based, in part, on data from past disasters.

“There’s a million reasons why importing relief items to a country at the time of a disaster is the worst possible time,” said Florent Chane, who works for the German relief organization Welthungerhilfe and serves as project manager for ESUPS. After a big storm, he said, port and airport infrastructure is often damaged, and customs officials can be overwhelmed by the influx of aid.

In countries where the need is predictable – the Philippines, for instance, which has an average of 20 cyclones per year – aid organizations pre-position supplies like tarpaulins and latrines so they will be available when needed.

The difficulty, Chane said, is that aid agencies currently don’t share information about what and where they are pre-positioning disaster relief. “Either you have too much stock for some items or they are not in the right place, or there are other items you don’t have enough of,” he said.

Another challenge is that emergency assistance provided by donor governments often comes with restrictions, such as being legally earmarked for certain countries or regions, which limits aid agencies’ ability to move them to areas where they may be more needed. Such limitations greatly complicate the process of allocating aid. Supply chain systems can help ensure that agencies observe the restrictions and avoid repercussions due to mistakes.

ESUPS involves a two-part process: data collection, followed by analysis to figure out where to store items. First, ESUPS is working to assemble a database of what every aid agency actually has in its local warehouses in each country, a process complicated by the fact that each agency has different names for the same items or different components in similar items. For example, a medical kit in one country may differ from a medical kit in another.

Once the inventory data is collected, ESUPS needed software to analyze the data and determine which supplies needed to be moved. Data scientists at Penn State University and the Massachusetts Institute of Technology’s Center for Transportation and Logistics teamed up on the challenge, outlining a mathematical model for optimizing the pre-positioning of relief supplies. The potential cost savings? Between 7% and 20% – money the agencies could use to provide even more relief.

Jason Acimovic, an assistant professor of supply chain management at the Smeal College of Business at Penn State, specializes in helping private companies optimize their supply chains so that customers get their online orders in the shortest possible times at the lowest cost.

Luckily for humanitarian agencies, Acimovic was able to use the same kind of data analysis he did for private firms – assigning a simple metric to inventory held in a specific location – to figure out a better way for pre-positioning relief supplies.

When he was working with an industrial client, Acimovic said, he developed a two-step process involving a linear program, a standard tool that optimizes how to deliver goods from a set of warehouses to a set of demand locations, coupled with what he calls a “balance metric,” which tells the firm in a single number whether the inventory at any location was sufficient.

“The linear program is an optimization problem, so we can minimize cost and also minimize time, which is another way of saying, ‘How fast can you get the relief to the intended beneficiaries?’” Acimovic said. “Now time becomes a more important aspect to look at than cost.”

Of course, businesses have years of customer data, which they can analyze to make predictions about future demand. It’s not so easy with humanitarian relief, which involves unpredictable and fast-changing demands. But the scientists were able to sift through a database called EM-DAT, which contains records of disasters going back to 1900.

“The balance metric could help the NGOs realize where their gaps and overlaps are to create a dashboard or key performance indicator that would tell them they had too many blankets in Dubai and not nearly enough in Asia,” Acimovic said.

The scientists acknowledge that humanitarian relief, unlike online retailing, has many unknowable issues; once stored in a country, it may not be as easy to get goods out as it was to get them in, for instance. “This balance metric that we’ve developed can be one of the things that helps guide NGOs to making better decisions that will be cheaper and have a quicker response in the future,” Acimovic said. “It can be used as part of the decision-making process because we know there are a lot of things that can’t be quantified.”

The ESUPS program is being rolled out in the Philippines for a first test, Chane said, because the United Nations and NGOs there already use an existing humanitarian platform, called Pacific Region Logistics Cluster, to keep an accurate account of their relief inventories.

“Basically, we have defined the starting point, which gives us a picture about the situation in the country,” Chane said. “Using the algorithm, we define the optimum level of stock based on that data, where it should be, what items, in which quantities, and we can provide recommendations to the government and partners in that country to say: ‘This is how you can transition to an optimum situation.’”

Human experience and intuition may always play a role in humanitarian relief, where so many variables are unknown and unpredictable. But by adopting more sophisticated optimization tools, aid agencies are improving their ability to respond quickly and at minimal cost, saving more lives.

Top image: Children whose families were displaced from their homes in Hodeidah, Yemen, posed for a celebratory picture when Red Cross relief shipments arrived at the country’s war-plagued port city during a December 2018 ceasefire. (Image © ICRC / Qusai Almoayed) 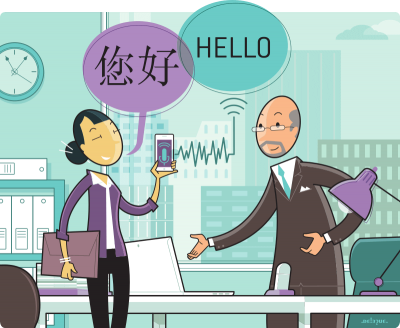 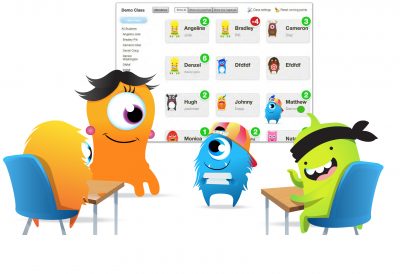 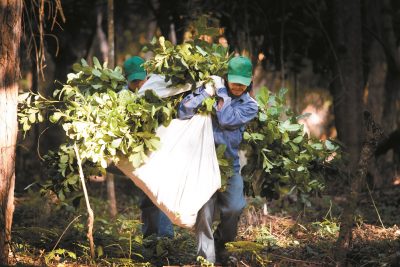