Thanks to increases in computer speed and improved algorithms, in silico testing has expanded beyond the aerospace and automotive industries so that even lower-cost items like bottles can be virtually tested and quickly improved.

When is a bottle not just a bottle? For Hansong Huang, a bottle is an entire universe, an environment that fundamentally affects the quality of the product inside.

As director of advanced engineering at Amcor Rigid Plastics in Manchester, Michigan, a division of Australia’s Armor Limited, with US$10 billion in combined US sales, Huang is in charge of designing plastic bottles for major brands, including Coca-Cola and PepsiCo.

“No one wants to look the same as another brand,” Huang said. Bottle shapes, however, affect their performance – strength, fizz retention, light shielding, and more. So creating a bottle that can be identified with a particular brand just by its shape is no easy task – especially when shape also affects dozens of other variables that influence product quality.

“The carbon dioxide inside should not be coming out at too high a rate and oxygen should not be going in, so that it has an acceptable shelf life,” Huang said. “We often have to push our engineering to the limit.”

Until recently, bottle design was a process of trial and error: experts designed them, manufactured a few and then physically tested how they stood up to various types of stress. A new design could take months – or even years – to get right.

Today, however, Huang can test a new bottle design in silico – using computer simulation – in a matter of minutes. Powerful simulation software allows him to subject new designs to varying temperatures and humidities, weight loads and drop conditions – all without a physical bottle or a laboratory. Color-coding shows where a bottle is too weak or where carbonization is escaping, letting him hone in on problem areas. If he makes a change in the virtual design, he can run a new simulation in a matter of minutes.

When his computer validates that the design works, engineers can spot-test production samples. But the physical tests are mostly for the engineers’ peace of mind. The bottles always perform as expected.

In silico testing began in the aerospace and automotive industries, where the first billion-dollar prototype is just too late to discover that a newly designed plane will not fly, and where it is too expensive to test crash dozens of cars to perfect a design that meets regulatory and safety standards.

Now in silico simulations have arrived for less expensive products, like bottles. Prior to the arrival of three-dimensional computer-aided design (CAD), designers would develop a design they felt was functional or appealing and then send it to a shop where a worker would physically carve a piece of wood to resemble the desired shape, said Sumit Mukherjee, director of computer-aided engineering and simulation for Plastic Technologies Incorporated, in Holland, Ohio. A cast was made from the wood bottle to create a metal blow mold, which eventually was used to create a plastic bottle. This process took weeks.

But because of increases in computer speed and improved algorithms, the old-fashioned method has fallen by the wayside. “Now by the time they can make one mold, I can virtually test 20 different designs and tell them which is the best one,” Mukherjee said.

In silico modeling and testing has another advantage: by eliminating most physical testing, in silico reduces the need for expensive laboratories and physical materials. Scientists are freed up to focus their energies, previously spent on eliminating the thousands of ideas that failed, on improving the most promising candidates.

Another advantage: raw materials are 67% of the total cost of a bottle on average. Reducing the amount of PET plastic in a bottle can help drive down the cost of not only the bottle but also the end product. Mukherjee said that the typical two-liter plastic soda bottle had 79 grams of material 20 years ago. Today it is only 44 grams. “And the consumer has not noticed,” he said.

Simulation tools have become more sophisticated, which is resulting in wider adoption. The combination of higher- capacity computing and better computer algorithms has enabled the development of “multiphysics” programs, which enable simultaneous simulations of multiple materials or variables. For example, multiphysics programs can predict the outcomes expected from the materials of a particular object, as well as how those outcomes will change based on the conditions that object is exposed to, such as air pressure, temperature and magnetism. “Multiphysics is making life easier for the engineer,” Mukherjee said.

At the same time, in silico tools are becoming easier to use. Not long ago, only a handful of researchers with PhDs could understand how to build and manipulate an in silico model. Although in silico testing still requires a high degree of skill, the qualifications required to produce accurate computer simulations are becoming less strenuous, enabling more people to use the tools and share their results with peers.

FROM PACKAGING TO PRODUCTS

Today, companies are testing far more than packaging in silico . At sophisticated CPG companies like Procter & Gamble (P&G), engineers who once used in silico tools to design packaging are now using them to design the products inside as well.

Thomas Lange was director of modeling and simulation when he retired from P&G after 37 years. He now runs a Cincinnati-based consultancy, Technology Optimization & Management.

“In this business, we manage contradictions,” Lange said. “How do you remove a stain from a fabric but protect the cloth? I can take a stain out of anything by bleaching it, but I don’t protect the color.”

Answers to these contradictions used to be developed from years of physical experimentation, Lange said. Today, however, in silico simulation tools help P&G discover how strong to make Tide PODS so the various chambers won’t dissolve while sitting on the shelf, or how to design Pampers diapers for maximum absorption.

“In the contradictions world, we use modeling and simulation to engineer products, processes, production systems, the whole assembly lines in the plants,” Lange said. “We even use them to determine how we scheduled the products to run and, when we shipped the products, how hot they would get in a truck.

“I used to say, ‘I want to figure out whether something fits, whether it works and whether it makes financial sense, before it ever exists in the real world.’”

When he first started as an engineer, Lange said, he could not have dreamed of performing such complex simulations on a computer.

“Modeling and simulation is not just for airplanes and satellites anymore,” he said. “It’s for toilet paper and milk cartons and everything else.”

Lange is currently helping food companies to develop their own in-house simulation and modeling capabilities. In one case, a company retained him to help with a machine that uses tremendous amounts of heat and air to transform an agricultural commodity into food. But there was an imbalance in how the air flowed inside the large, very expensive and old machine, affecting the product.

It was impossible to experiment with different physical fixes to the machine because of concern that the machine would break. “When you turn this machine on, it had better work or you’re in deep trouble,” Lange said.

So Lange helped the company create an in silico model of the machine to investigate solutions. The solution was to change the design of a channel that the air passed through and remove some parts that were interfering with the airflow. “The model allowed us to test what we thought were good ideas,” Lange said. “It allowed us to virtually test a solution that you can’t afford to test in real life.” ◆ 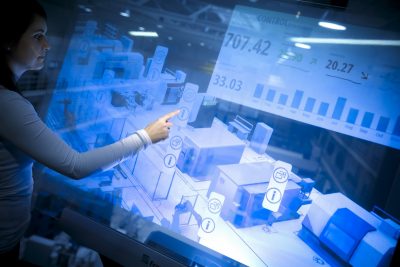 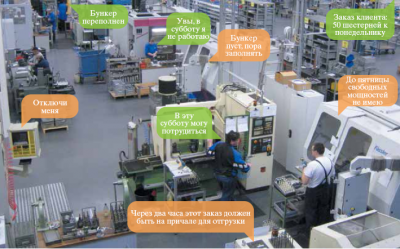 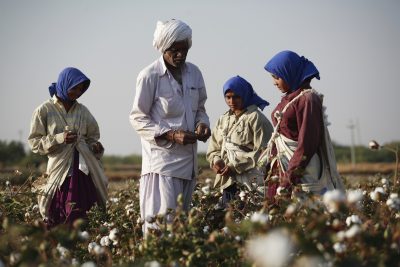