Kengo Kuma’s architectural designs range from the whimsical (Asakusa Cultural and Tourism Center, a wildly stacked pillar of houses) to the dramatic (the steamship-shaped Victoria and Albert Museum rising in Dundee, Scotland), to the deceptively simple (Great (Bamboo) Wall, a house in China). Through them he has discovered his calling – celebrating natural materials and creating human connections – and learned that a computer can be an architect’s best friend.

In the years after World War II, Japanese architects grappled with building homes and businesses to replace what the conflict had destroyed and accommodate booming post-war growth. Japan needed fast recovery as its top priority, and its “first generation” architects delivered.

Kengo Kuma, founder of Kengo Kuma and Associates (KKAA) and one of today’s most celebrated Japanese architects, reveres that generation.

“The first-generation architects basically had to reconstruct Japan, and that sense of responsibility had a big bearing on everything they did,” he said.

Kenzo Tange, who designed the Yoyogi National Gymnasium built for the 1964 Tokyo Olympic Games, the building that inspired Kuma to become an architect, is a particular first-generation hero. Thanks to Tange and those who came after – Arata Isozaki and Fumihiko Maki of the second generation, and Tadao Ando and Toyo Ito of the third generation – Kuma said he feels empowered to pursue a design freedom his predecessors never had.

“Japan’s a wealthy country now, rivaling the United States and Europe,” Kuma said in a wide-ranging interview. “For our generation, I’d say the main thematic question is what kind of architecture we can create in that context of comfort. I think this generation is trying to redefine architecture as a medium for people to connect with each other.”

REDISCOVERING NATURE WITH A COMPUTER

Soaring buildings with swooping curves and awe-inducing metal façades – the type of architecture that has dominated for nearly two decades – create a sense of wonder, but don’t promote human intimacy or comfort. Instead, Kuma believes that natural materials create the peace that humans instinctively crave.

His most iconic designs – beginning with his award-winning guest house in China known as “Great (Bamboo) Wall” – prominently feature wood and bamboo. Even the stadium he designed for the 2020 Olympics in Japan – the first Olympic stadium built in his country since Tange’s 1964 project – is defined by its wooden details.

Ironically, however, Kuma’s transition from the concrete, steel and glass of the Industrial Age to the traditional, natural materials that define KKAA’s newest and most iconic projects has been enabled by the leading symbol of the modern age: the computer.

“It’s really difficult to use natural materials, to be honest,” Kuma said. “There is so much variability. No two pieces are the same, first of all, and you always have to deal with each material’s size restrictions. The challenge is figuring out how to get all those pieces to fit together and create a functional structure, and that’s where computers are so helpful. It seems to me that you need computer technology to bring natural materials to architectural fruition. Otherwise, they are just too diverse and complicated to orchestrate.”

“Technological progress had had a big impact. We use CAD to design things in 3D now, for example. With computers, we can dream up virtually any architectural space and convert those ideas into actual drawings. As technology continues to liberate our imaginations, it’s cool how the digital advances in the architectural world have gone step-in-step with a renewed awareness of ‘the real thing.’”

Modern architects tend to spend most of their time finding solutions to engineering, scheduling and budget problems, not creating great designs, Kuma said.

“When you call on what BIM can do, it becomes possible to balance out engineering- type solutions with creativity. For example, people used to balance the budget at the end of the project to see whether the costs fell in line with the projections. Those days are now gone. Now you must have your budget in mind right out of the gates and work under those preconditions the whole time, gathering feedback and adjustments as you go. That’s why it’s almost impossible to manage your budget without BIM.

While computers give architects more freedom, however, they also create an environment in which they will face more challenges to their authority, Kuma said.

“Computers democratize architecture,” he said. “For example, someone who is a complete newcomer to architecture will be able to design their own house. Architects who have enjoyed privilege up to now may be opposed to this, but ultimately I think that architecture will belong to everyone. When that happens, I think we will be in for a very interesting future.”

In this new era, Kuma envisions architects being valued less for their engineering prowess and their ability to bring projects in on time and budget and more for their creativity and ability to create harmony, both in the buildings they design and in the working environments they create.

“If you try to make architecture more complicated, there is no end to how complicated it can get,” Kuma said. “For that reason, I make sure to keep a model right in front of me. Everyone gathers around the model and talks. I feel that’s the key to not getting complicated. Everyone is actually very interested in architecture. So I think that if we keep things simple, a number of different people can take part in it.”

Part of keeping the working environment open involves avoiding hierarchical structures so that everyone’s ideas can be heard, Kuma said, even as KKAA expands beyond Japan with offices in China and Paris.

“I try to maintain a flat organizational structure,” Kuma said. “We want people to understand that they must take on a certain amount of risk when they assume responsibility for something, so we try to stay away from building too much of a hierarchy. That structure lulls you into thinking that someone else higher up on the ladder will always be there, ready to take responsibility for whatever you do. We want everyone to feel responsible for themselves and know that they are creators.”

In addition to encouraging a sense of responsibility, he encourages cultural diversity in KKAA’s staff.

“This diversity doesn’t dilute the character of KKAA; it strengthens it,” he said. “Our organization should be structured so that all of these people can really participate. That is what makes the identity of the organization stronger.”

Kuma’s philosophy is consistent with his definition of leadership.

“I think how qualified you are as a leader really depends on how easy of an environment you can create for everyone to speak up,” he said. “If you create an environment where everyone can easily speak their mind, different opinions will come forth and from those opinions you can find a balance. If nobody expresses their opinions, there’s really nothing you can do.”

In a world that is rediscovering the beauty of natural materials and human connections, of sustainability and long-term value, Kuma believes that architects are well positioned to lead.

“The advantage the architecture industry has is that it can think over longer timespans, as much as 10 years from the start to the finish of project,” he said. “We are entering an age that is going to be all about taking longer periods of time to think about what will make people happy, rather than shooting for short-term increases in profit.

What does Kengo Kuma think of 21st century architecture? 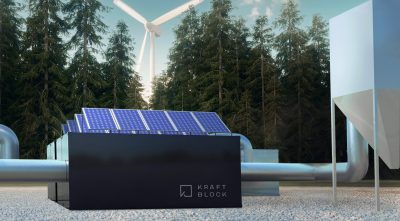 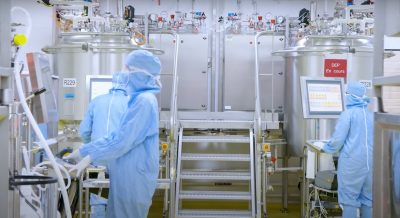 How can we produce better vaccines, faster?

Virtual twins are helping Sanofi manufacture the vaccines that save lives 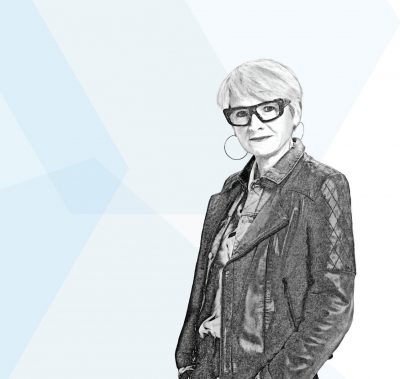