Globally, entrepreneurs who are frustrated with ‘business as usual’ are leveraging digital technologies to create entirely new business models, such as an automobile manufacturing company with no factory and a satellite-launch company with no massive rockets. By breaking the rules, these innovators are disrupting industry after industry and forcing traditional industry leaders to rethink their business models.

France’s XYT is a car company with just six employees, no factory, and a business model that defies virtually every aspect of a traditional car company.

One of the founders, Marc Chevreau, owned a Paris body shop where he grew increasingly frustrated by the expense of car repairs. Rising spare part costs and increased vehicle complexities were challenging the entire business model of repairing damaged vehicles. To Chevreau, it felt as if the carmakers had built impossible-to-repair cars into their business plans to drive sales of new cars.

Chevreau and his business partner, Simon Mencarelli, decided to sell a Lego-like modular vehicle with just 500 components that are easy to bolt together and take apart. With little more than a wrench, a car can be transformed into a pickup truck and then into a panel truck. XYT’s small staff designed the modular components with a cloud-based platform, making collaboration with global partners quick and easy. Instead of setting up a factory, XYT ordered most of the parts online and organized a network of small-scale repair shops around Paris to assemble the vehicles.

“If you set up a production line that produces hundreds of thousands of vehicles a year, it’s not good for your business if the vehicles last for a long time,” said Mencarelli, XYT’s CEO and co-founder. “Our break-even point is much lower than traditional industry. We can be profitable with much lower output.” XYT’s vehicles also are designed to survive longer and be easy to repair, giving them a much smaller environmental footprint.

Initially, XYT is targeting a small but specialized customer: independent drivers who deliver packages under contract from big logistics firms, including FedEx, UPS and DHL. These drivers are disrupting parcel delivery in the same way that Uber has upended the global taxi business, fanning out across cities to deliver packages from the carriers’ warehouses to the end consumer. To complete the unusual business model, the XYT delivery vehicles will only be available for lease on XYT’s online platform, where parts can be ordered to reconfigure the lessee’s vehicle as their business changes or their package volume grows.

XYT’s business model – though unusual – is part of a trend. Around the world, entrepreneurs who are frustrated with business as usual are leveraging the internet to create entirely new ways of doing business. By breaking the rules these innovators are disrupting industry after industry and forcing traditional industry leaders to rethink their business models as well.

Henry Chesbrough, director of the Garwood Center for Corporate Innovation, part of the Haas School of Business at the University of California at Berkeley, sees more and more entrepreneurs reducing the traditional costs of doing business by collaborating with nontraditional partners through online platforms. Just as Uber eliminated the high cost of starting a taxi business by organizing privately owned cars and drivers through a platform, these business upstarts are eliminating the once-daunting upfront cost of starting other businesses via platforms – just as XYT did by eliminating the traditional automakers’ need for factories, dealerships and repair facilities.

“It’s always been a tradeoff between standardization and customization,” said Chesbrough, whose book, Open Services Innovation, describes how manufacturers have been forced to transition into services companies to remain viable. “What’s new is with platforms, you can resolve the tradeoff in new, affordable and scalable ways.”

While XYT works to disrupt the automotive business, Barcelona-based Zero 2 Infinity is reinventing the entire business model for launching satellites. Rather than investing in massive rockets, as the US and Russian governments have done, a model that is now transitioning to private providers that include SpaceX and Boeing, Zero 2 Infinity aims to open near-space exploration to the masses with a low-cost system of balloon launches.

“I’ve long known that there are good ideas out there, but there has been just no way to get them into orbit,” said José Mariano López-Urdiales, Zero 2 Infinity’s founder. López-Urdiales is a graduate of the Massachusetts Institute of Technology’s Aeronautics and Astronautics department and formerly worked for the European Space Agency, so he has seen the frustration of researchers and space entrepreneurs alike when they have to wait years for their payload to even be tested in space.

To level the playing field and make space research and satellite launches more affordable, he designed a system to simplify the process of launching satellites. In the first phase, Zero 2 Infinity's Bloostar satellite launcher ascends via a high-altitude balloon; once it reaches 25 kilometers (15.5 miles) its engines ignite and carry the satellite into orbit around the Earth. Bloostar’s business model eliminates the need for an expensive launch vehicle or even a launch site: Zero 2 Infinity plans on launching from the sea near the Canary Islands.

The Bloostar “rockoon,” a combination of a rocket and a balloon, has already attracted a long list of potential clients eager to launch their satellites for less cost and with added flexibility, López-Urdiales said.

“The demand is gigantic, and there are very few systems that can work and are really close to deployment,” he said.

Zero 2 Infinity eliminated about half of the normal development time by using virtual design tools on a platform, allowing the firm to go from design to prototype without many of the intermediate steps usually required to prototype and test a concept. “The virtual design lowers the barriers to entry,” he said. “We like the fact that we can skip a lot of the trial and error.” The design also eliminates the need to boost payloads through the Earth’s atmosphere, allowing for a more compact and cost-effective vehicle.

Another advantage of its design system is that Zero 2 Infinity has been able to create an entirely new customer experience. While most customers just want to launch their satellites cheaply, López-Urdiales said, he is able to give prospects a virtual ride into space with sophisticated digital simulations that demonstrate the low stresses a payload experiences when launched with a balloon. This powerfully demonstrates to Zero 2 Infinity’s customers the company’s ability to design satellites that are lighter because they don’t have to survive the extreme shocks, vibration and noise of a ground-based launch.

This kind of engagement with customers is a new and important feature of innovation, UC Berkelely’s Chesbrough said.

“Customers don’t always know in advance what they want,” he said. “But when they engage with you, you can deliver something that is truly more satisfying to them.”

To see how enterprises who need to be more nimble and innovative leverage the cloud, please visit https://go.3ds.com/tju

Top image: XYT’s vehicles are designed to survive longer and be easy to repair or reconfigure, giving them a much smaller environmental footprint than mass-produced vehicles. (Image © XYT) 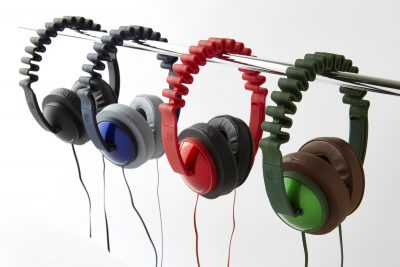 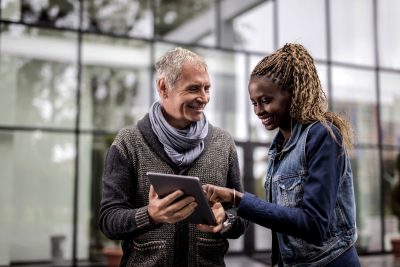