A profound societal transformation is underway enabling an Industry Renaissance that is shaking all sectors of society with new ways of inventing learning, producing and trading What does Industry Renaissance mean to society, and where is it going? Compass asked two very different observers—a leading French philosopher who specializes in the social ramifications of networks, and an MIT researcher who seeks to reconcile the digital and physical worlds—to share their perspectives.

Over the centuries, we have somehow lost the true understanding of the word “industry.” We think of it as “manufacturing,” but the word is really a worldview.

Consider the etymology of “industry.” It is in Latin the combination of “in”—the inner breath, the inner genius, projected into the world; and “struere”—which is “to build.” So it is the alliance of the hand and the brain. It is the art of making the world and it changes not only industry, but society as well.

This is why every great technical or industrial revolution has been preceded or accompanied by a great revolution in society—in the philosophical, artistic, political and religious fields. Today, we are in a phase like that: big mutations, bifurcation, revolution.

The leading actors of this revolution are those who manage to combine art, science, technology and industry to formulate visions
of the future by the questions they ask. This is why the idea of Industry Renaissance is so important; it thinks of industry in society,
and not as a subset of society, and seeks to ask and answer the important questions.

Software is the engine for creating the visions of the world in virtual form so that we can see what the future could look like and say ‘yes ’to this and ‘no’ to that. So much is possible and so much is unknown that we have a dilemma: will what comes next be good or bad? Will the machine take half of the jobs, or will it make jobs better?

I believe it will be both. Yes there will be cuts, but the jobs that will be created will be more interesting, more creative. This is why a massive investment must be made in education and in a reorientation of training on re-training.

The concept of Industry Renaissance understands this and, by putting the school in the company and the company in the school,education is suddenly everywhere and always on. Platforms help to enable this, but their most important role is to help us co-design the world.

The virtual world—a testing ground for what is possible—is the key value. It will enable us not simply to undo or redo what was done in the previous two centuries, but to collectively make worlds that offer us multiple choices. We will make choices in the virtual world to improve the real world.

PROFILE: Pierre Musso is a professor of information sciences and communication at Télécom ParisTech and Rennes II University, and serves as a scientific advisor and associate fellow at the Institute of Advanced Studies (IEA) of Nantes. He is particularly interested in the philosophy of networks, and argues that engineers are too busy with the details of the technology to decide what a network should be, leaving philosophers to fill the void. "Thus the technical network becomes the end and the means to think and realize the social transformation, even the revolutions of our time,” he wrote in an article for Humanity magazine. “The triumphant ideology of the network is a way to make the economy utopias of social transformation, to make a transfer in the psychoanalytic sense of policy on technical.” He questions popular concepts of both industry and society in his book La Religion industrielle, published by Fayard, Paris, in 2017.

The first digital revolution was in communication. Analog telephone calls degraded with distance; Claude Shannon showed in 1948 that by communicating with discrete symbols rather than continuous signals, unreliable devices could communicate reliably. Digital isn’t defined by ones and zeros; it’s a scaling property. Shannon introduced what’s now called a threshold theorem, proving that the probability of decoding a symbol decreases as an exponential function of the physical resources representing the symbol, as long as the noise is below a threshold. Very few exponentials exist in engineering; this is the most important one, the one which led to globe-spanning networks.

The second digital revolution was in computation. The answers from analog computers degraded tith time. John von Neumann applied Shannon’s work to computing, showing in 1952 how unreliable devices can operate reliably. This was again through a threshold theorem and led to supercomputers that now fit in your pocket.

A third digital revolution, in fabrication, might appear to have started in the same era, when MIT developed computer-controlled machining in 1952. A state-of-the-art 3D printer today differs from the original NC [numerical control] mill by depositing rather than removing material; but that’s common to both of them is that the digital information resides in the controlling computer, not the materials. They’re fundamentally analog processes. This has many implications, including accumulating errors, the need for external quality control, limited work volumes, and the difficulty of handling dissimilar material properties and of recycling their output.

None of those apply to the real invention of digital fabrication, which occurred 4 billion years ago. That’s the evolutionary age of the ribosome, the molecular assembler that made you. The genetic code doesn’t just describe you, it becomes you. The mapping from DNA to RNA to amino acids to proteins to molecular machines anticipates everything Shannon and von Neumann taught us. The fidelity and complexity of molecular biology arises from its ability to detect and correct errors, from global geometry coming from local constraints, and from the ability to disassemble and reuse rather than dispose of its building blocks.

The digital fabrication research roadmap that my lab is pursuing is extending this insight, digitalizing not just designs but also materials, from organic to inorganic systems. This is progressing in stages, from computers controlling machines to machines making machines, to discrete assemblers, to self assembly. While that progression will take decades to complete, like the earlier digital revolutions, it won’t take that long to see the impact.

Digital fabrication is now at the historical equivalent of the minicomputer era. Fab labs today, like a minicomputer, fill a room, weigh a ton and cost a hundred thousand dollars. These capabilities will eventually be merged into a single process, but taken together they can already be used to produce the kinds of products that today come from global supply chains.

The number of fab labs has been doubling for a decade, to over a thousand now. Among these, my lab has worked to deploy a series of fab labs in notable locations. One in Rwanda is
helping the economy reduce its dependence on imports; one in Bhutan is embodying the basis of their economy in gross national happiness; one in Puerto Williams, Chile, is transforming the supply chain for the southernmost city on Earth; one coming in Nepal will focus on humanitarian relief. These labs are being used for outreach, education, incubation, infrastructure and entertainment. All of those are business models that support the labs; for many of them the product is the act of making itself, rather than selling what gets made.

The best way to understand what’s driving this interest is to view it as correcting a mistake made in the Renaissance. That’s when the liberal arts emerged, as a pathway to personal liberation. This was the trivium and quadrivium, roughly language and science. Everything else was relegated to the illiberal arts, pursued merely for commercial gain. But the means of expression have changed since the Renaissance; 3D design and microcontroller programming are now every bit as expressive as painting a painting or writing a sonnet.

Empowering consumers to become creators offers an alternative to many of today’s most sensitive issues, including tariffs, income inequality and economic races to the bottom. Realizing this promise has led the fab lab network to create a series of new organizations to fill this void, including the Fab Foundation for operational capacity, the Fab Academy for distributed education and the Fab Cities initiative for urban self-sufficiency. Together, these are tackling the ultimate question being posed by the arrival of the third digital revolution: How will we live, learn, work and play when anyone can make almost anything, almost anywhere?

PROFILE: Neil Gershenfeld is the director of MIT’s Center for Bits and Atoms, where his laboratory is focused on breaking the boundaries between the digital and physical worlds, from pioneering quantum computing to digital fabrication to the Internet of Things. He has been named one of the “50 leaders in Science and Technology” by Scientific American magazine; as one of the Top 100 public intellectuals by Prospect/Foreign Policy; and as one of 40 Modern-Day Leonardos by the Chicago’s Museum of Science and Industry. He founded a global network of more than 1,000 fab labs, chairs the Fab Foundation, leads the Fab Academy, and is popularly acclaimed as the intellectual father of the maker movement. 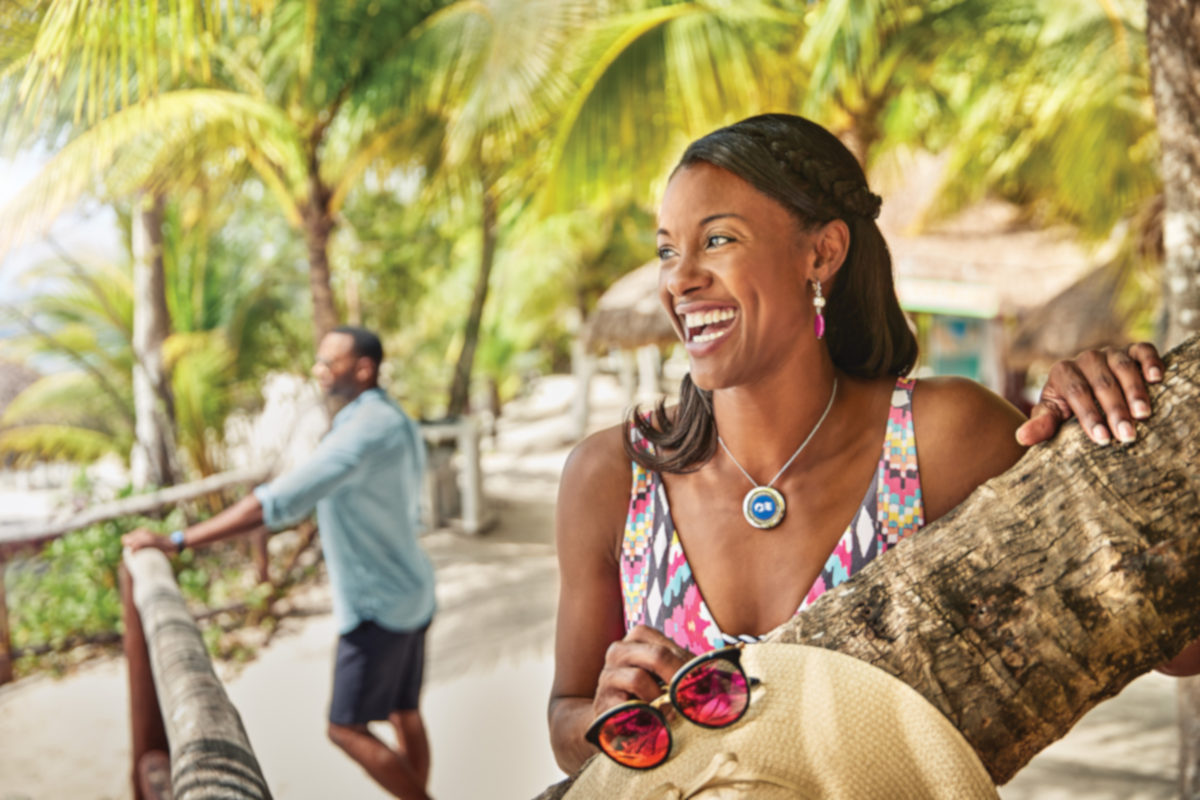 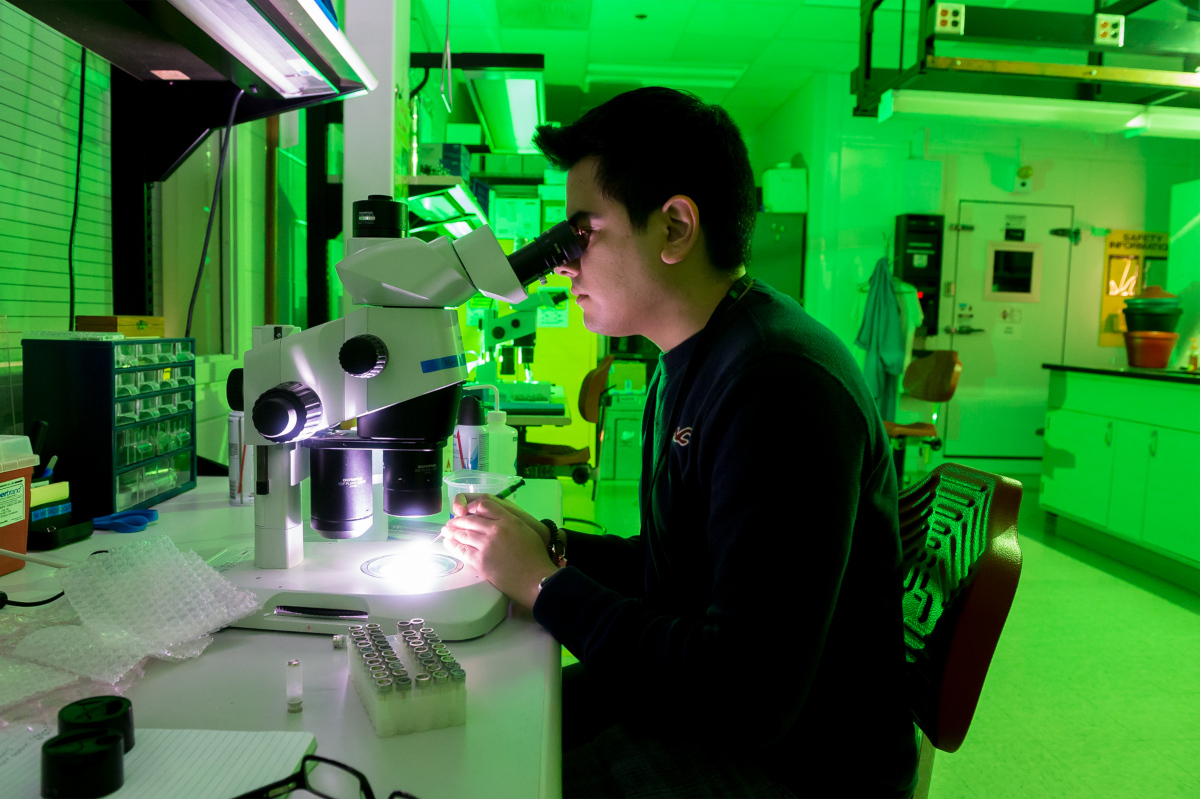 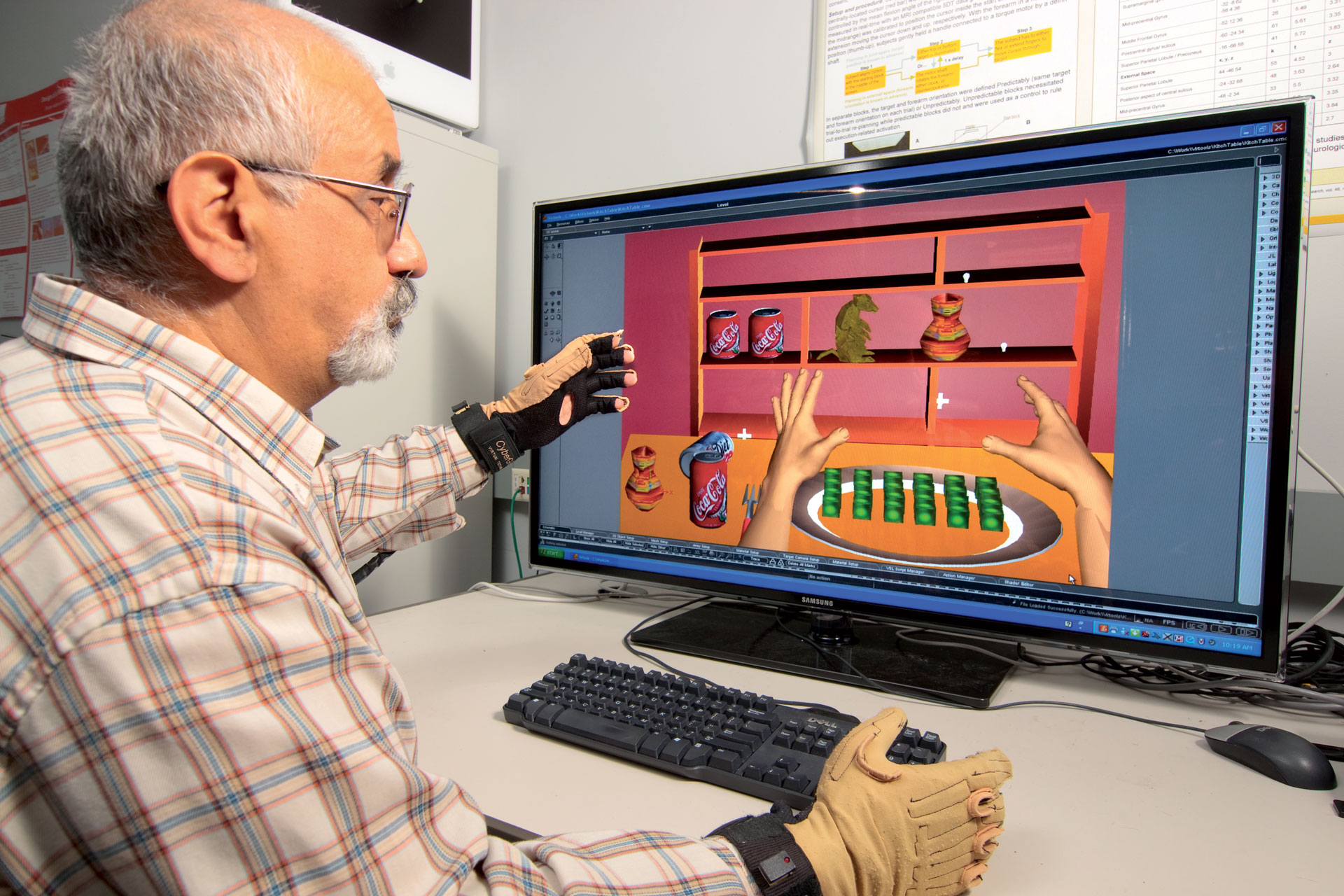 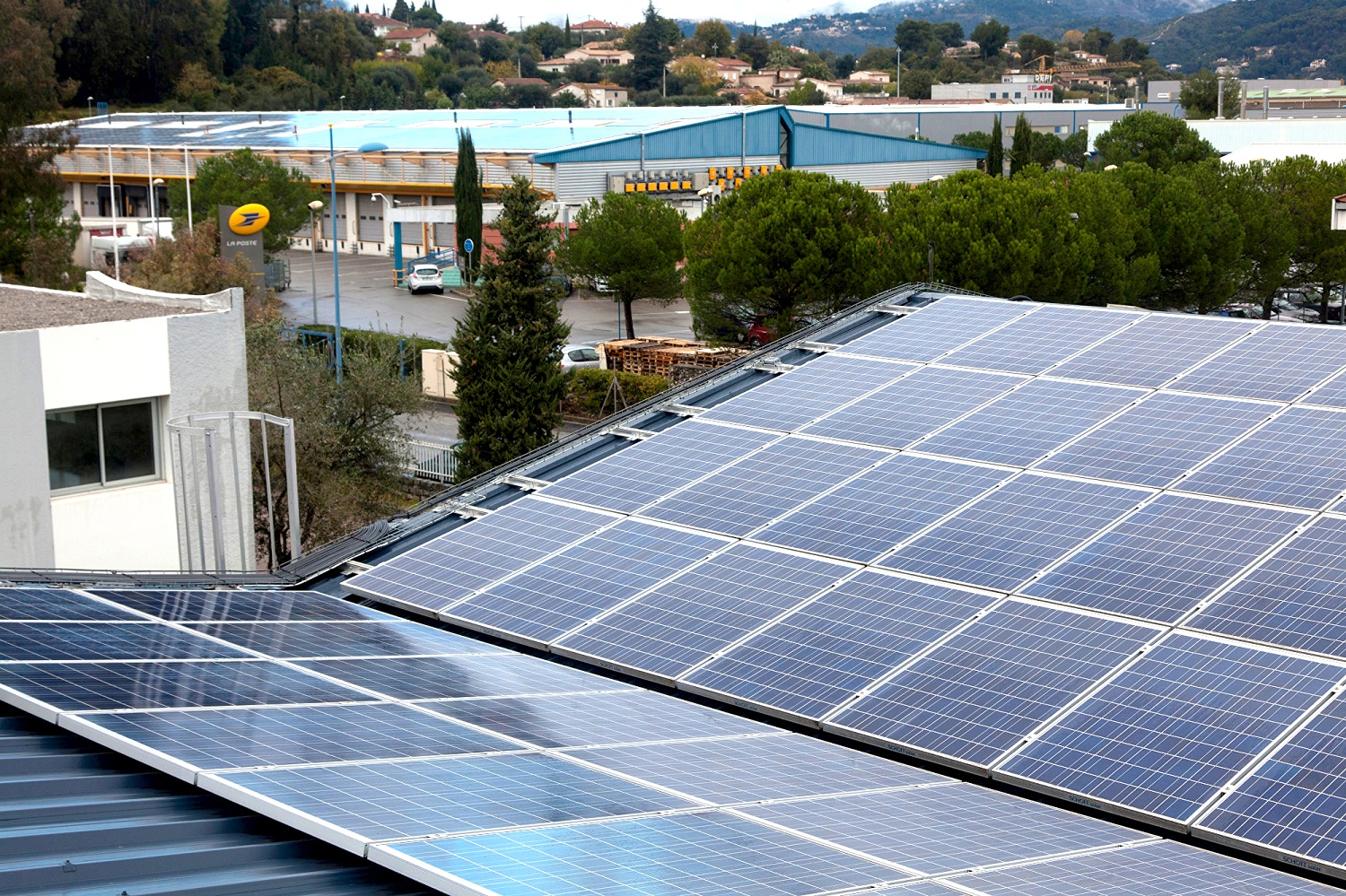