The missing link for closing the gap between unfilled jobs and available skills may be hidden in the age-old idea of apprenticeships: combining education with formal, hands-on training. Each nation employs apprenticeships differently and benefits vary, but the practice is gaining traction, with plenty of room to grow.

US employment statistics encapsulate one of the great conundrums facing companies everywhere in the 21st century: the gap between available jobs and workers with the skills to fill them.

At the end of June 2015, for example, the US had 5.2 million job openings, according to the US Bureau of Labor Statistics (BLS), many of them left unfilled because firms could not find enough workers with the right job skills. Meanwhile, in July 2015, 2.8 million young people between the ages of 16 and 24 were unemployed, a rate of 12.2%, the BLS said.

A similar youth unemployment problem prevails in much of the developed world, and developing countries face an even greater challenge finding enough skilled workers. However, one increasingly popular solution to closing the job-skills gap in many advanced economies retools a relatively old idea: apprenticeships that combine education with formal, on-the-job training.

In the US, the number of apprenticeships has been relatively low and largely confined to heavily unionized sectors such as construction, plumbing and electrical work. To change that pattern, US President Barack Obama announced in September 2015 a US$175 million grant to 46 organizations across the US to develop or expand apprenticeships in high-growth areas.

The total number of apprenticeships available annually in the UK.

“Apprenticeship offers a smooth pathway to the middle class and to a college degree for those who wish to continue their education and training,” Secretary of Labor Thomas Perez said. “I like to call it the other college – without the debt.”

The US is not alone. In the UK, the number of apprenticeships quadrupled between 1996 and 2009, then doubled again between 2009 and 2013, bringing the total number of apprenticeships available annually to almost 800,000, according to Tom Bewick, former CEO of the International Skills Standards Organization (INSSO), a London-based workforce development consultancy. Apprentices are now employed by organizations as diverse as The Royal Opera, Jaguar Land Rover and British Aerospace, a major advocate with more than 1,000 apprentices.

One of the largest programs in the UK, Microsoft’s Partner Apprenticeship program, takes high school dropouts aged 16-18 and trains them in computer skills, for which there are 160,000 unfilled jobs annually. The program plans to train 3,500 apprentices by the end of 2015 at a variety of firms, ranging from large employers to hundreds of small enterprises. “We view this as a massive success,” said Dominic Gill, Microsoft UK’s apprenticeship lead, who helps facilitate the apprenticeship program. “It has a retention and employment rate of about 95%, far above the industry average of 80%.”

In Germany, an estimated 51% of young people undertake some form of apprenticeship. “Independent studies show that where there are structured apprenticeships, not only is there a net benefit and financial return for employers, but also a net return to taxpayers for their public subsidy,” INSSO’s Bewick said. For every British pound invested in public apprentice programs, Her Majesty’s Treasury estimates the state gets a return of 12 pounds in tax revenues and other benefits, such as productivity increases.

One big difference between the German-speaking countries and some English-speaking nations is the age at which apprentices are recruited. In Germany, students are often streamed into vocational training and on-the-job work programs at about age 15 – about the same time that students in the US and Britain are beginning secondary school. There, apprentice ships generally don’t begin until after high school graduation, when most students are approximately 18.

“We want everybody to have a chance to go to college, even if that might not be the optimal route for many people who learn better in other ways,” Lerman said. He notes that graduation rates from community colleges, which traditionally have provided technical and vocational training in the US, remain troublingly low at 20% of full-time students in the first three years. Apprenticeship programs, he said, offer a viable alternative for many students.

Meanwhile, employers are seeking apprentices with a high degree of job-related educational attainment. Britain has three levels of apprenticeship; the highest level, sought by firms such as British Aerospace, requires passage of four advanced qualifying exams. Apprenticeships take one to four years to complete, depending on their level.

“THE PROGRAM ALLOWS FIRMS TO EDUCATE THEIR FUTURE ENGINEERS EXACTLY TO THE NEEDS OF THE COMPANY.”

In Germany, a relatively new program called AusbildungPlus (TrainingPlus) offers a dual-track system in which apprentices work for a firm while earning a university-level engineering or business administration degree, up to the doctoral level. “The main benefit is that it becomes easier to access university education when starting out as an apprentice,” said Samuel Mühlemann, a professor of human resource education and development at the Munich School of Management, Ludwig-Maximilians-Universität München. “The program allows firms to educate their future engineers exactly to the needs of the company, since apprentices will have several years of work experience by the time of graduation.”

Another country with an innovative approach to apprenticeships is Australia, which has even more apprentices per 1,000 workers than Germany. One approach used successfully in Australia is known as Group Training Organizations (GTOs), which serve as intermediaries between companies and state/regional governments.

Nicholas Wyman, CEO of the Institute for Workplace Skills and Innovation, operates a GTO called WPC Group in Australia that trains more than 500 apprentices with more than 200 host employers. Wyman published a book about the program called Job U: How to Find Wealth and Success by Developing the Skills Companies Actually Need. The GTO firms play an important role, Wyman said, by assuming responsibility for the apprentices: paying their salaries, handling the paperwork and providing uniforms while mentoring them and tracking their progress. The companies the apprentices work for fund the GTOs.

“You can’t rely on the government to support the apprenticeship programs,” Wyman said. “That’s why the mentored apprenticeship model, where the employer is the main financial contributor, works very well.”

With governments around the world pouring money into financial assistance to fund apprenticeships, many experts believe the idea has reached a tipping point. With fewer than one in 10 of the firms in the UK employing apprentices – and even fewer in the US – there is plenty of room for these programs to grow.

“The apprentice route should not be seen as the soft option people are forced to go for because they can’t get into college,” Bewick said. “There is too much of a sense that there are two systems, with the university route offering higher paying jobs. The apprentice route is geared toward occupations that need different learning styles than formal university education.” ◆ 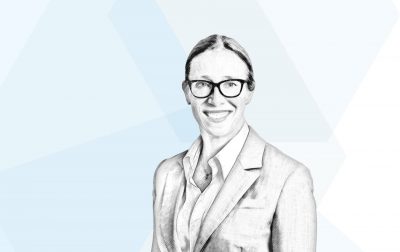 The missing link for closing the gap between unfilled jobs and available skills may be hidden in the age-old idea of apprenticeships: combining education with formal, hands-on training. Each nation employs apprenticeships differently and benefits vary, but the practice is gaining traction, with plenty of room to grow. US employment statistics encapsulate one of the […] 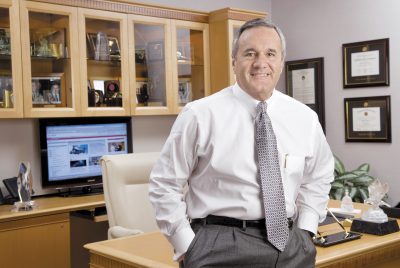 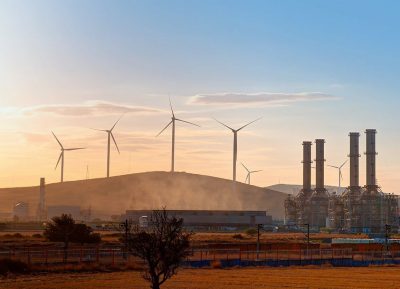