Carbon nanotube technology shows promise as a potential replacement for silicon in the fabrication of semiconductor chips, but it is not the only technology vying for that honor. With silicon approaching its physical limits, the desire for alternatives is high, and investors everywhere are eager for a front-runner to emerge.

Since October 2012, when a team of IBM researchers announced its success with a new technique for building semiconductor circuits from carbon nanotubes (CNTs), technology watchers have been abuzz about the long-anticipated demise of silicon. Still, industry and investment analysts have yet to pick a clear winner.

“The prospects are certainly there for nanotubes,” said Pallavi Madakasira, who leads energy electronics research at Lux Research, a Boston, USA-based global analyst firm focused on emerging technologies. “Silicon clearly is reaching the limits of its performance. IBM’s approach has promise, but it needs to be transferred to incumbent solutions for manufacturing, leveraging existing equipment being used now in semiconductor fab facilities.”

Investment in nanotechnology, a broad industry segment that includes nanotubes as well as other nano-materials, is robust and gaining ground. Lux Research estimates that global sales of products containing some nanotech components will reach US$2.4 trillion by 2015. Government investment in nanotechnology is up worldwide, according to analysts at London, UK-based Cientifica, an analyst firm specialized in nanotechnology, new materials, life sciences and big data. The Japanese and US governments lead the world in nanotech funding, Cientifica found, followed by the European Nanotechnology Trade Alliance (ENTA), China, Singapore, South Korea and Taiwan.

COMPUTING: THE NEXT GENERATION

Silicon is cheap, abundant, easy to work with and, for the past half century, the material heart of the digital world. Since 1965, when Intel co-founder Gordon Moore posited “Moore’s Law,” which predicted the number of transistors that could be packed onto a single silicon chip would double every 18-24 months, the industry has surprised even itself by actually achieving it. Transistors have shrunk so much, in fact, that they are approaching dimensions measured in atoms.

“If the stars align, the benefit is energy-efficient computation.”

Wilfried Haensch
senior manager of physics and materials for logic and communications at IBM, on the potential of nanotubes

While the size of transistors continues to decrease, silicon’s ability to conduct electricity at such tiny sizes is nearing its limit. Today’s silicon transistors need about 1 volt to change a bit from 0 to 1. Switching creates heat, and heat limits how densely structures can be squeezed onto a chip. This is why clock speed – the time it takes a silicon transistor to flip a 1 to a 0 – essentially peaked a decade ago.

To compensate for stalled clock speed, engineers developed parallel computing – “quad-core” smartphones, for example, with four processors that separate and process tasks simultaneously. But soon, experts agree, silicon will reach its limits, helping to explain the excitement surrounding IBM’s announcement, published in the journal Nature Nanotechnology, that its researchers had demonstrated the practical viability of carbon nanotubes as an alternative to silicon.

The IBM team at the T.J. Watson Research Center in Yorktown Heights, New York (USA), was the first to precisely arrange CNTs in trenches etched into the surface of a silicon wafer, using them to build chips with more than 10,000 working transistors. That may not seem like much, given that a silicon chip today can contain more than 1 billion transistors, 100,000 times what IBM achieved with CNTs. It proves, however, that nanotubes can be arranged into circuits, offering the potential for processors to become smaller, consume less power and generate less heat, since CNTs conduct electricity with less resistance than silicon.

“Right now, to replace silicon, this is the leading edge,” said Wilfried Haensch, senior manager of physics and materials for logic and communications at IBM, who describes his role in the research as “a guiding hand in leading the team to develop something that can eventually merge into technology.”

CNTs are formed by rolling a sheet of individual carbon atoms, arranged in a hexagonal matrix, into a structure that resembles a microscopic roll of chicken wire. CNTs have impressive semiconducting properties and transmit electrons efficiently, but arranging the tubes into perfect circuits on the surface of the chip has been a daunting challenge.

The team of eight researchers at IBM developed a chemical “self-assembly” process, the first success in arranging the tubes in a predetermined pattern on the chip. IBM’s complex, multi-step process involves an intimidating vocabulary of molecular chemistry, but works on basically the same electrostatic principle as a laser toner printer. “It’s actually very simple,” Haensch said. “It’s amazing that it works, but don’t be fooled. You have to have the right molecules. That’s where the secret sauce is.”

With 10,000 working transistors, IBM achieved a functional chip density of 1 billion nanotubes per square centimeter. While that density can’t approach what is needed to replace traditional silicon, it is 100 times better than any previous attempt, creating optimism that silicon’s replacement is within striking distance. “If the stars align,” Haensch said, “the benefit is energy-efficient computation.”

IBM is now focused on refining the purity of the carbon nanotube material to optimize its semi­conducting properties and develop methodologies to verify its purity. The required material purity is one metallic CNT per several hundred thousand CNTs assembled into a circuit. The bottleneck today is to verify material purity. “It’s not hard to build devices and measure their properties,” Haensch said. “However, it is very time-consuming to measure the large number of devices — several million — needed for these purity levels. It would be desirable to have a simple shoot-and-click method to obtain the purity level, but this doesn’t exist now.”

The team also must refine the accuracy and precision of its nanotube placement methodologies. Haensch’s target is to develop new device technology that functions in a nano-systems environment by 2020.

THE RACE TO REPLACE SILICON

Silicon hasn’t reached the end of its road, however. Transistors are still getting smaller, and chipmakers have worked out the next few generations of silicon chips. “Silicon technology doesn’t sleep,” Haensch said. “It will advance, too.”

For example, a team of researchers at the University of New South Wales has supported its prediction that silicon transistors will reach atomic scale before 2020. Global chip-maker Intel is working on its smallest transistor – 14 nanometers – a scale that is close to the manipulation of individual atoms.

David Carroll, director of the Center for Nanotechnology and Molecular Materials at Wake Forest University in Winston-Salem, North Carolina (USA), applauds IBM’s research, but is cautious in his expectations. “It’s a wonderful milepost along the way, but there’s still a lot to be done,” Carroll said. He predicts it will take decades for nanotube chips to become commercially available, even if all of the technical hurdles can be overcome.

In fact, Carroll said, CNTs may not be the technology that ultimately offers the first commercially viable replacement for silicon. Nanotubes weren’t even mentioned in 2013 presentations at the prestigious Kirchberg Winter School in Austria, for example. Instead, graphene was discussed as the new “super material.” Other intriguing possibilities include silicon photonics, which transmits information with light. Meanwhile, research continues into DNA computers, which take advantage of the many different molecules of DNA for solving specialized problems. Researchers also are working on what Einstein called the “spooky” science of quantum computing.

Lux Research analyst Madakasira, meanwhile, is excited about gallium nitride, a hard and stable material with high heat capacity and thermal conductivity that has been used in LEDs (light-emitting diodes) since the 1990s.

THE LURE OF OPTIONS

As the future of silicon technology shrinks, the range of new applications expands. Carroll points to research into organic devices used to repair human organs, and neuro-networks that allow people to control prosthetics or even keyboards with their brains. In fact, Carroll’s NanoCenter recently announced that its researchers had developed a new fabric that generates power from the heat and motion of the human body.

What really excites the market even more than CNTs, Carroll believes, is the benefit of having options. “The urgency that you hear is translated in the market that we need a new material,” Carroll said. “But even that’s a little bit of a misunderstanding. What you’re hearing is the desire for continued growth in new electronic applications.” 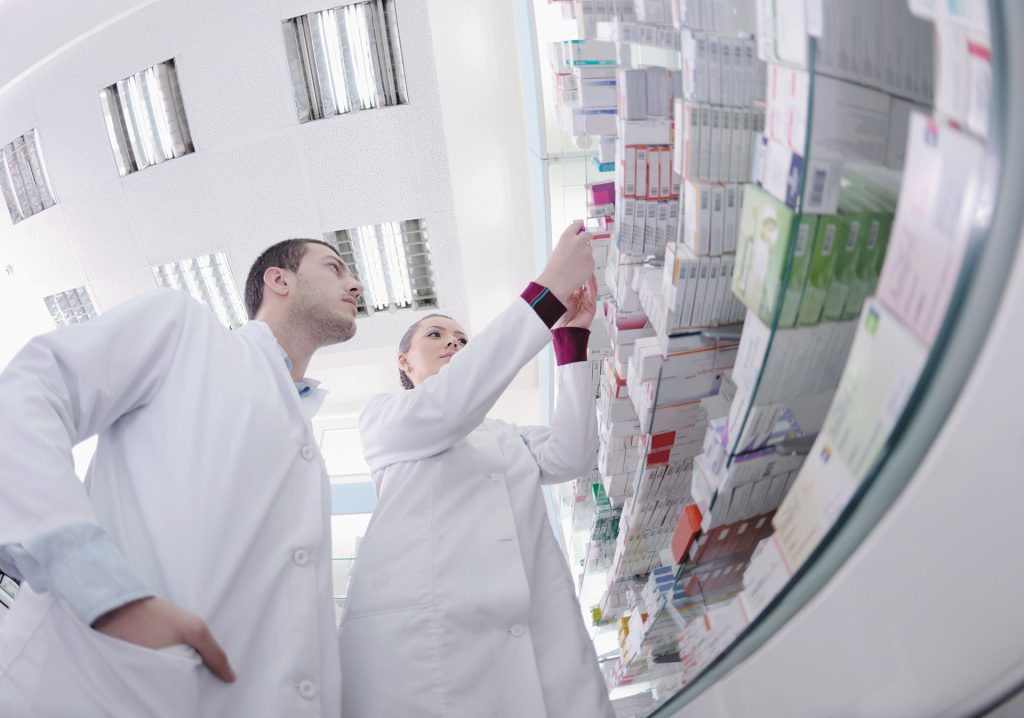 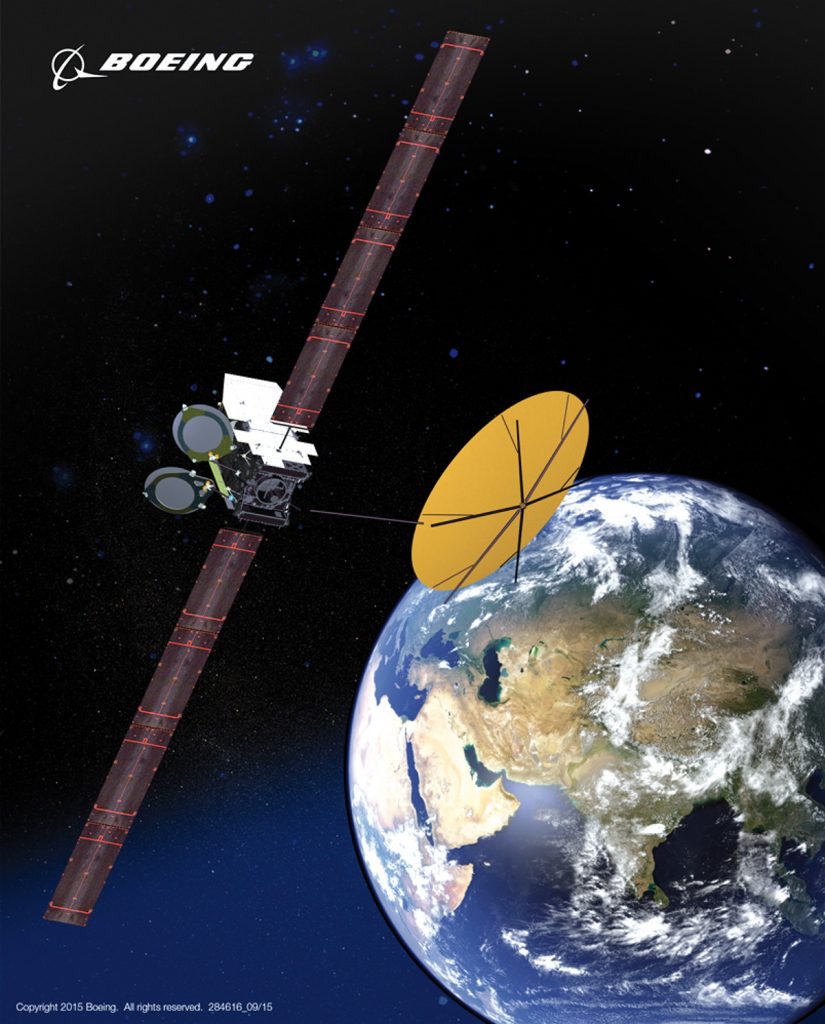 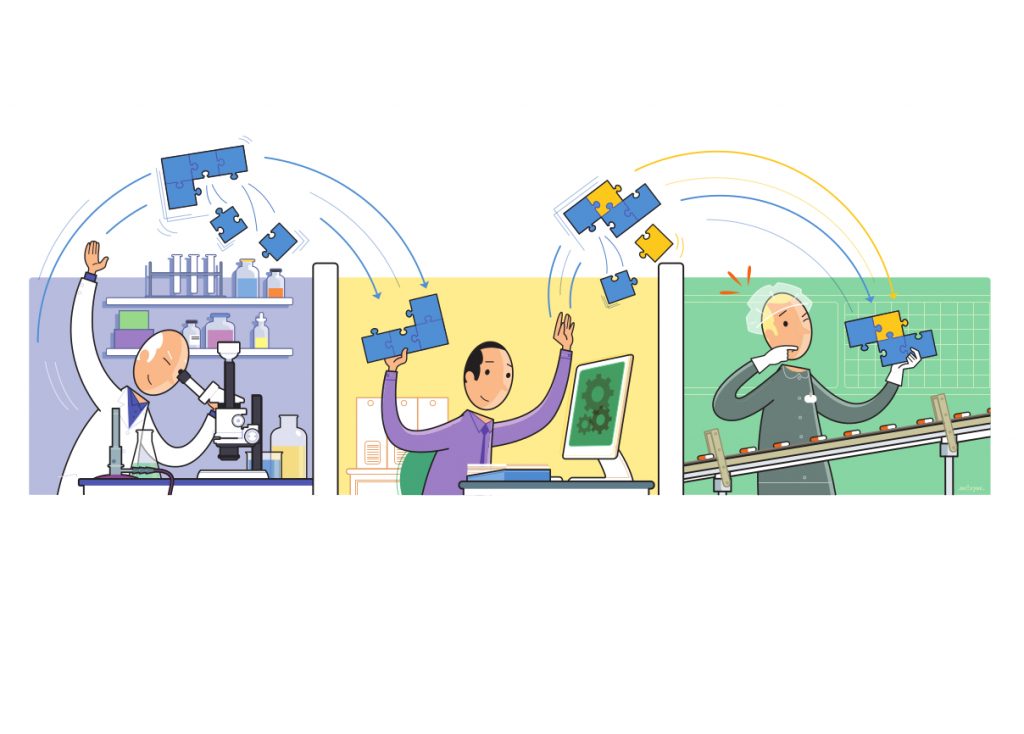