To bring new aircraft to the market faster and more affordably, manufacturers need to streamline the expensive and time-consuming process of certifying new composites materials. Computer-based virtual testing is beginning to take the place of some physical tests, but critics warn that slow progress threatens the aerospace industry’s viability.

Advanced composite materials make up most of the wing, fuselage and tail for the Boeing 787 and Airbus A350, plus a high percentage of the primary structures in other major aircraft in development. One look at Boeing and Airbus ideas for future commercial aircraft — blended wing bodies, structures that mimic bones, shape- changing flight surfaces and energy- capturing interiors — and the expectations for composites are clear.

Advanced composite materials are being developed to enable such products, some of which are not feasible with today’s materials. Manufacturing and especially development costs are barriers to such expanded applications, however. One reason: The decades-old building- block approach to certifying composites for use in aircraft requires thousands of costly physical tests.

Replacing at least some of these physical tests with virtual simulations is emerging across the composites manufacturing spectrum as a promising method of documenting the effectiveness of new composite materials, advanced design tools and manufacturing processes faster and more cost-effectively. Few predict that computer-based simulation will eliminate physical testing altogether. But many see a future where simulation and computer-aided analysis play a significantly larger role in streamlining development cycles and reducing costs.

One example of virtual testing’s promise comes from the first spacecraft fuel tank designed to disintegrate upon reentry. The carbon-fiber composites design is made by Cobham Life Support in Westminster, Maryland (USA), for the US National Aeronautics and Space Administration (NASA) Goddard Global Precipitation Measurement Satellite. Thanks in part to extensive use of computer-aided design and testing, Cobham’s development program met all of NASA’s targets: cost, schedule and a host of demanding technical requirements.

Cobham’s process reduced the number of destructive tests by 50%, saving roughly US$500,000 over the 38-month program. “Our testing and analysis worked hand-in-hand to improve efficiency,” explained Robert Grande, business manager for Cobham. “We fed real material properties from tests into the models and then used physical testing to validate the results as we iterated the design. Because our test results matched our analytical predictions, from subcomponents to pressure burst and fatigue testing on the full tank, we completed the full qualification by the time we finished the design.”

Another example comes from the Automobili Lamborghini Advanced Composite Structures Laboratory (ACSL) at the University of Washington in Seattle (USA), which blends aerospace and automotive composite development. Working with Boeing and the US Federal Aviation Administration (FAA), the ACSL improves certification of new composite materials and structures, often based on proven virtual testing principles pioneered for Lamborghini automobiles.

“SIMULATION TOOLS CAN GUIDE UNDERSTANDING OF UNCERTAINTY IN DESIGN AND ALSO HOW IT PROPAGATES.”

ACSL and Boeing collaborated on advanced analysis methods for predicting the crash performance of the all-composite monocoque of Lamborghini’s Aventador automobile. Aventador passed its crash-test certification on the first try; previous models required two or three tests. At $1 million per crash, savings were substantial, even without factoring in time and cost saved by not building additional test vehicles.

Current trends in virtual testing of new composites is only an incremental improvement, Pipes believes, not the complete paradigm shift needed to unshackle composite development. “We are still struggling with empirical-based manufacturing and (physical) testing-based certification,” he said. “It costs $100 million per material to qualify composites to fly on a new airframe. Once certified, materials changes are economically impossible.”

Pipes describes composite development today as dominated by experiments and only aided by analysis. “We have the computational power to change this paradigm and replace thousands of (physical) tests with robust multi-scale simulation of manufacturing and performance,” he said. “Only then will we enable innovations in materials composition and processing without repeated costly recertification.”

To continue pushing the envelope of virtual testing, Pipes advocates making advanced analysis and simulation tools more widely available so they can be used broadly to understand the origins and propagation of uncertainty in composite design and manufacturing. To achieve this, Pipes envisions an online Composite Manufacturing Hub that would enable cloud-based delivery of simulation tools through a community interface. “The idea originally came from crowdsourcing and the need to strengthen our simulation base by putting tools in the hands of those who can’t get them now,” Pipes explained.

Many advanced simulation tools are beyond the financial reach of small companies, which can only gain access through larger companies and universities. But that trend is beginning to change. “Parts of the composite simulation capability are being offered through programs that run on small computers and even mobile devices,” Pipes said. He advocates development of a cloud- based Composite Manufacturing Hub to spread costs, increase access and accelerate simulation tool development. “If you don’t simulate the manufacturing process you never capture all of the variability that will be in the composite,” Pipes said.

nanoHUB.org provides a model of what Pipes’ vision could achieve. Ten years old, it offers 260 simulation tools to more than 12,000 users and supports a collaborative community of 240,000 engaged in research utilities, classes and interactive groups. In the 12 months prior to July 2012, more than 570,000 simulations were run, 80 new simulation tools were developed, and the time between tool publication and first use in a classroom averaged less than six months.

Today, manufacturers physically test every element before it is assembled and every part before it goes on an airplane, contributing to unsustainable development cycles and costs. “You will never totally escape the need for (physical) testing to validate models, but we must address the issue of certainty in simulation results, or rather, how to manage uncertainty,” Pipes said. “Simulation tools can guide understanding of uncertainty in design and also how it propagates.”

To demonstrate the potential of the approach, Pipes cites the US National Nuclear Security Administration (NNSA).

Due to the US moratorium on nuclear device testing, NNSA, a division of the US Department of Energy, cannot conduct full-scale physical performance testing. “About 15 to 20 years ago, we defined a road map of what was needed to achieve simulation-based certification,” said Dr. Mark Anderson, technical advisor to the NNSA from Los Alamos National Laboratory, a US government- supported research agency. Key elements of this road map include transition to a validated predictive capability based on multi-scale, physics-based computer simulation and quantification of uncertainty in NNSA’ simulation tools.

Initially, NNSA could simulate the performance of nuclear devices based on re-calibrated pre-moratorium test data, but confidence in these projections decreased as they became more removed from physical tests. NNSA therefore sought to replace its predictive models with validated physics-based models.

The agency began by replacing large-scale device tests with large numbers of small-scale experiments designed to validate the physical phenomena predicted by the science- based computer models. These models were then linked from the nano-scale, atomic level up to the macroscopic, full device level, then validated again for accurate predictive capability. NNSA videos recount its achievement via parallel supercomputing in collaboration with industry and academic institutions. As one spokesperson on the videos states: “Now you started to hear computing being discussed as the third leg of science, in addition to theory and experiment.”

In addition to achieving the multiscale science required, NNSA began to quantify the uncertainty in its simulation tools and then to reduce it. Once the uncertainty associated with the science-based simulations was smaller than that of the empirical test-based projections, modeling could replace physical tests.

Anderson believes composites modeling can be advanced by adapting the NNSA approach. “For most industries, what would be the most appropriate is a balance between the historical testing-based approach and this simulation/uncertainty quantification based approach,” Anderson said. He notes that although significant theory has gone into composite industry models, many still use a simple mathematical description that fits empirical test data.

Uncertainty quantification (UQ) involves managing both parametric uncertainty and model-form uncertainty. “There is an investment to be made up front, both in time and money,” Anderson said. “But by building simulation capability, it is possible to reduce testing costs from $500,000 to $100,000, for example.” He notes that US-based automotive maker General Motors has used UQ in crash-test simulations and that NASA is incorporating it into the space agency’s simulation tools to aid with tests it cannot perform physically, such as reactions in a space environment or full-structure tests that are beyond the scope of its current budget.

It costs US$1 million to crash-test a single Lamborghini Aventador.

The result is the potential for “robust design” – high performance without the overdesign needed to compensate for uncertainty. Robust design factors uncertainty directly into the model, producing designs that are less sensitive to uncertainty, with less bet-hedging overdesign.

PROGRESS AT WHAT PACE?

Larry Ilcewicz, the FAA’s national composites resource, believes the direct operating cost benefits of composites to airframes and aircraft manufacturers will be lost unless new composite technology becomes as accessible to the engineering community as metals and as cost- competitive to develop, manufacture and certify for flight.

The chorus calling for a “new composite structural toolset for expediting aircraft design and development” spans the globe, from NASA’s 2009 declaration of “Certification by Analysis” as a future challenge for tomorrow’s aircraft to European-based simulation efforts, including the European Commission’s MAAXIMUS (More Affordable Aircraft through eXtended, Integrated and Mature nUmerical Sizing) program, which aims to leverage multi-scale predictive and damage modeling to reduce development time by 20%, cut development costs by 10%, and enable a 50% improvement in fuselage assembly rates.

These advanced approaches highlight the significant distance between the savings being realized via virtual testing and the field’s potential. 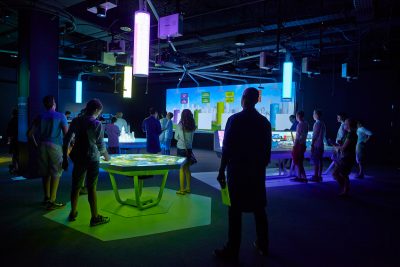 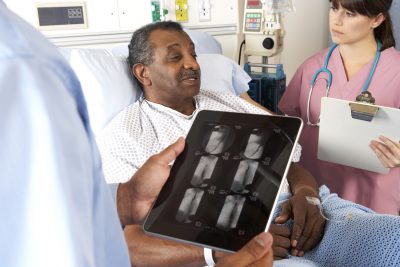 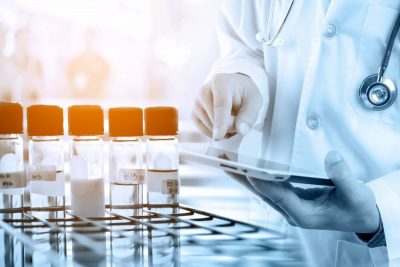 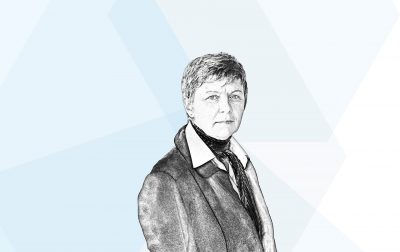