The smart grid, which marries electricity generated from varied sources with emerging, Internet-based control technologies, promises improvements in energy efficiency and the environment while giving consumers more information about – and control over – the power they use.

On brilliant summer days along the Mediterranean coast, people typically leave their homes to work or enjoy the outdoors, while their rooftop solar panels generate electricity no one uses. Such a scenario can result in overvoltage, but it also helps to illustrate what a “smart grid” is all about.

It’s about rethinking electricity – how to make, measure, monetize, consume, control, store, trade, transmit, traffic and transact electrical power. A grid becomes “smart” when it uses software, sensors, electronic meters and the Internet to manage information so that electricity supply and demand can be handled more efficiently.

In the town of Carros, France, on the Mediterranean near Nice, about 200 residents and a dozen businesses have been helping planners establish Europe’s first digitally connected smart grid city, which integrates solar photovoltaic (PV) systems and energy storage with the national electric grid.

At the heart of the Nice project is Network Energy Management (NEM), a unique “brain behind the grid,” said Laurent Schmitt, vice president of Smart Grid Solutions for Alstom Grid, a global energy company working on about 30 smart grid demonstrators worldwide, including the Nice Grid.

Demonstration projects such as NEM are critical to helping nations meet their renewable energy goals. While solar and wind power contribute energy without pollution, they also create abnormal events such as voltage spikes that can ruin home appliances. The smart grid must manage the ups, downs and seasonal swings of these often-fickle energy sources.

Smart-grid development differs by regions of the world. In Europe, for example, policy mandates require it, Schmitt said. In the US, aging grid infrastructure is the key driver. In Southeast Asia, planners want to power remote populations.

The Nice Grid project is one of six demonstrator programs of the Grid4EU initiative, being conducted to evaluate the technical and social challenges of a reliable, resilient smart grid.

“We are testing the feasibility of a central computer that can monitor network calculations and forecast load demands, anticipate voltage constraints and send that information to aggregators when there’s a need to shift loads,” said Christophe Arnoult, project manager with state-owned Électricité Réseau Distribution France (ERDF). “We have to rely on the customers, on their behavior,” Arnoult said. “We give them iPads to monitor their usage.”

In Nice, residents and planners are demonstrating three operation modes aimed at improving network reliability by managing demand, reducing voltage spikes with energy-shifting schemes, and experimenting with micro-grid “islanding,” which relies on energy-storage technologies to hold excess power until it is needed.

Three levels of energy storage have been integrated into the local solar grid for maximum flexibility. A centralized 1 megawatt (MW) battery that stores 560 kilowatt-hours (kWh), providing about 30 minutes of energy, is located between the high-voltage transmission line to the region and the distribution lines to the town. A second storage level is in homes equipped with 3-kilowatt (kW) PV systems and 4-kW/4kWh batteries, which absorb excess energy in overvoltage situations, when too much unused power could damage equipment. A third level uses 33kW/100kWh batteries, plus 250kWh at three industrial sites equipped with solar PV systems.

Cumulative investments in micro-grids across the Asia- Pacific region are expected to total US$30 billion by 2023, according to Navigant Research

Combined, the batteries will be used for load shedding (cutting off power to certain users when demand exceeds supply) and “islanding,” which allows the entire Nice Grid to be detached from the main high-voltage transmission line, when local sources are generating enough power to meet local needs.

“All of the information to homes and businesses is sent through smart meters linked to a central computer, down to the device,” Arnoult said. The project, which concludes at the end of 2015, has relied on the cooperation of residents.

“In the winter, customers are asked to adjust their demand,” Arnoult said. “In the summer, there is too much solar generation from rooftop panels and not enough consumption (and) the voltage is too high. So we have to forecast models for the load, and the central computer must send that information to the aggregator to shift loads. This is only the first step, but it works like a clock.”

Similar Grid4EU test sites in Germany, Sweden, Spain, Italy and the Czech Republic are testing solutions to other operational issues in intelligent monitoring, advanced controls, renewable energy and methods for integrating electric vehicles into the grid.

Eight kilometers off the coast of Singapore lies the Semakau Landfill island, used mainly to store ash from the city-state’s four waste incinerators. There, under the equatorial sun, workers are building Phase One of the largest hybrid micro-grid in the tropics.

The Renewable Energy Integration Demonstrator-Singapore (REIDS) is a test bed for the integration of solar, wind, tidal, diesel, storage and power-to-gas technologies designed around the region’s unique climate. The goal is to develop distributed technologies that can meet the needs of remote populations who live beyond the reach of traditional electric distribution systems.

“Southeast Asia has more than 600 million people, one-third of them not living where electricity is available,” said Chee Kiong Goh, executive director of the Singapore Economic Development Board (SEDB). “There is a tremendous opportunity for micro-grids.”

According to a 2014 report from Navigant Research, a market research and consulting organization based in Boulder, Colorado, cumulative investments in micro-grids across the Asia-Pacific region are expected to total US$30 billion by 2023. While Singapore leads the region in micro-grid development for rural populations, it also is pouring enormous investments into its urban smart-grid infrastructure. Those investments, analysts calculate, make Singapore, along with China, world leaders in the field.

“ALL OF THE INFORMATION TO HOMES AND BUSINESSES IS SENT THROUGH SMART METERS LINKED TO A CENTRAL COMPUTER, DOWN TO THE DEVICE.”

In 2013, China surpassed the United States in smart-grid spending for the first time, according to the market intelligence firm Northeast Group in Washington, DC. The firm has predicted that investment growth in smart-grid technology over the next decade will shift from the traditional leaders – the United States and Europe – to the growing economies of Southeast Asia, especially Thailand, Indonesia, Malaysia, the Philippines and Singapore.

Ironically, Goh said, Singapore was not a strong advocate of solar power until recently, when prices for solar equipment fell to a level of “grid parity” with conventional fuels for power generation. “The big question is how to harness smart-grid technology to monitor the grid,” Goh said. “Singapore is a springboard for the region to test and demonstrate feasibility. It’s a living laboratory.”

CYBERSECURITY: IS THE SMART GRID A DUMB IDEA?

Many security experts, however, worry that the smart grid’s Internet-based control mix will be too easy to hack and too difficult to protect. A smart meter, after all, is just a computer linked to the Internet.

“We view this as a massive threat,” Goh said. “I think the security threat is very real. Cybersecurity will be a major factor in how we design the grid.”

At the Max Planck Institute for Dynamics and Self-Organization in Göttingen, Germany, physicist Benjamin Schäfer is working on the architecture of smart grids and how to protect them. The prevailing notion is that all the data for the electricity that generators produce and consumers use would be collected in a central computer (similar to the Nice Grid project). That centralization, while it improves management, could present an irresistible target for hackers.

“CYBERSECURITY WILL BE A MAJOR FACTOR IN HOW WE DESIGN THE GRID.”

But what if central control was not necessary? Schäfer and his team are investigating whether distributed control (along with distributed energy generation) would be less vulnerable to attack. Could a smart grid function efficiently if control were placed into individual smart meters? Would the network remain stable without a central control system at the heart of the grid? Schäfer’s team is testing the theory, while system designers around the world work on other ideas to harden security.

Cybersecurity is precisely the reason that the NEM managing the Nice Grid Demonstrator is designed as a “layered control system,” Schmitt said.

Despite the concerns of smart-grid critics, Lynn Yanyo, a polymer scientist and self-described technology geek who helps launch new companies, is a smart-grid believer. The solar system in her North Carolina home, Yanyo said, generates about 70% to 80% of her electricity year-round.

“I have a cool Internet-based tool that shows me the power my cells are generating at any time and also historically,” she said. “I can also see what appliances are running and what is drawing the most electricity. This is pretty fun to look at, and I do find myself turning things off more than in the past, but I don’t track this daily.”

On a cold, cloudy February day, Eric Larson, educated son of a paper mill worker and father of three, stood at his kitchen counter studying the electricity generation report from his laptop computer. He wasn’t really thinking “green” when he decided to install solar panels on the south-facing roof of his suburban home in Raleigh, North Carolina, not far from Yanyo’s neighborhood. But doing it, and monitoring what he generates, he said, has changed how he thinks about energy.

“Having those panels makes me more conscious of what we use,” Larson said. On this gray day, for example, his 18 solar panels produced only about 3 kilowatts of power. On sunny days, however, the array produces 18 to 20 kilowatts a day, roughly equivalent to Larson’s daily power usage. “I save money on electricity, and it ups the value of my home. Plus, it’s a cool factor. I’m the only one in my neighborhood who has them, and I have room for nine more panels.”

Awareness is critical. “Control and awareness; we actively discuss this with our clients,” said Karl Stupkay, operations manager of North Carolina Solar Now, which installs solar panels on homes and businesses. “You’re obligated to pay attention. It’s a constantly morphing field, and it’s an exciting environment. I feel like it’s a powerful thing to be involved in, and I plan on spending my future in this industry.” 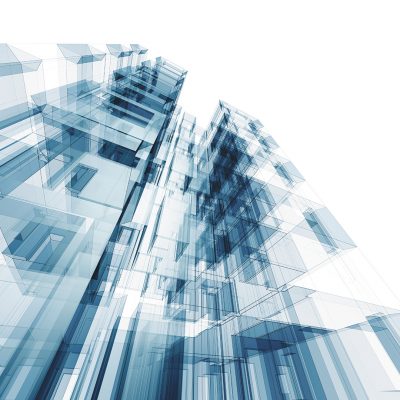 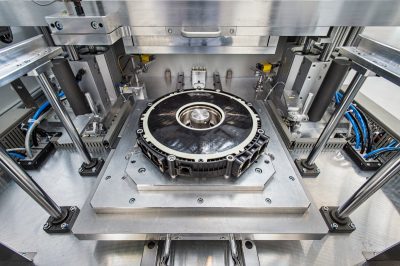 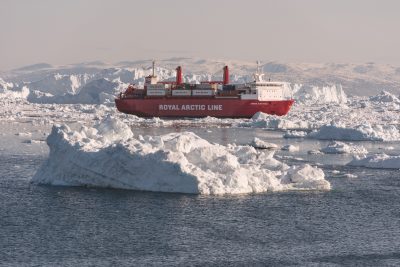 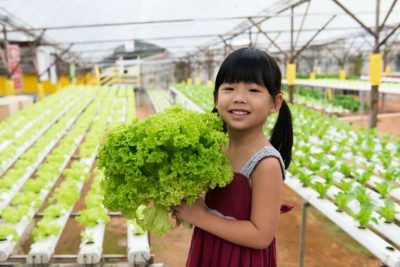