The Voice of Experience: Kevin Hallock

It could be the start of a bad joke: a chemist, a biologist and a clinician walk into a room and try to agree on how to describe a protein.

At Pfizer, however, that room is a virtual reality (VR) lab where scientists can immerse themselves in massive visual 3D representations of proteins, human physiology and more, and the payoff is no joke. Instead, our scientists get a better understanding of complex data and shared challenges that can help them research more efficiently. Succeed or fail, we often arrive at the result faster than without VR, eliminating what doesn’t work on our way to discovering what does.

Proteins, for example, are critical to drug discovery. These complex 3D molecular structures often have a section referred to as an “active site,” where the bonds of the protein’s target are formed or broken during its essential chemistry. In developing drugs we often wish to modify the behavior of active sites, but understanding a protein’s mechanism is a complicated challenge.

Discussing these reactions with a colleague from a different discipline is equally challenging, because chemists, biologists and clinicians all think and talk about them in different ways. However, enabling colleagues to see every part of the protein at the same time minimizes the need for multiple 2D images and complex descriptions, improving collaboration. With VR, colleagues get additional knowledge, which can help them to quickly move forward with their respective pieces of the project.

Immersive virtual experiences also add power to our existing tools. Although scientists can view protein structures determined by X-ray crystallography and molecular dynamic simulations on a flat computer screen, they can’t see the entire 3D protein at once. Both data types can be displayed in virtual reality, however. When immersed in VR, our scientists can walk around and through the molecules – displayed at the size of automobiles. They can run and rerun the simulations and view them from different angles. They can overlay multiple protein structures to better understand subtle differences. And they can say to a colleague who is also immersed in the simulation: “Look here. See that?”

BRIDGING THE GAPS IN 2D INFORMATION

Neuroanatomy is another exciting way to use virtual reality in scientific research. The wiring in our brains involves billions of neurons, with orders-of-magnitude more connections between them. Magnetic resonance imaging (MRI) can show us structure and function, but it typically displays the results as 2D slices of a 3D brain. To fully understand, you have to hop from 2D slice to 2D slice and try to mentally formulate how and where the patterns occur. The best radiologists can do it, much as an architect or a builder can mentally translate 2D blueprints into a 3D building, but it takes years of experience and practice.

Converting an MRI to virtual reality isn’t automatic, but it can be done. Even neurologists with decades of experience, when they explore the brain in an immersive environment for the first time, are amazed by it. If the VR is immersive enough you will forget that you are in a real space with walls, walls that more than one person has bumped into as they moved toward an item of interest. It’s like a movie on steroids, but you’re inside the movie instead of sitting in the audience. With VR, you can see what molecules look like if you’re only two nanometers, or if you’re 20 feet tall. It changes your perspective and deepens your understanding, helping researchers in their efforts to identify new pathways of exploration.

RACING ALONG THE LEARNING CURVE

When we set up our VR lab at Pfizer, our goal was to learn what the technology could do. We also wanted the benefit of experience, and today we’re poised to take full advantage of the increasing focus on virtual reality across disciplines. We may have gained a social advantage, too, because so many of our employees have been exposed to immersive virtual reality.

When we started we knew experience was important because head-mounted displays (HMDs) were just around the corner. Now they’re here, and we’re excited about that.

As more scientific companies use VR more software companies will support it, making it easier for everyone to visualize their data. When that happens, sifting through, exploring and understanding the vast amounts of information available to researchers will be easier and faster. The entire world of discovery will likely change forever, and that’s an exciting prospect, not only for drug discovery but also for the future of education, communication and human understanding. 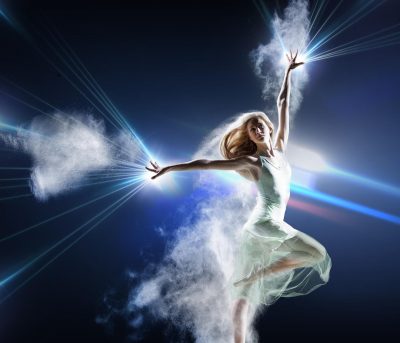 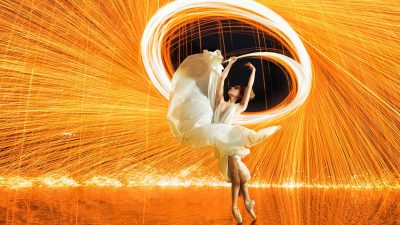