Systems engineering was developed to manage the trade-offs among dozens of competing subsystems to create a product with optimum overall performance. That skill will be critical to engineering a reliable and secure Internet of Things (IoT), but top experts are concerned about whether public and private organizations can rise to the challenge.

Millions of devices and users. Trillions of lines of computer code. Thousands of manufacturers with different goals and priorities, acting independently, to create a system whose “scale, rate of evolution, and diversity of stakeholders makes it impossible to do any sort of conventional top-down direction or management, yet whose intended use requires high levels of trust, safety, security and quality of service.”

That’s how Hillary Sillitto, an expert on ultra-large-scale systems (ULSS) and a fellow of the International Council on Systems Engineering (INCOSE), describes the largest system ever conceived: the Internet of Things (IoT).

“Current engineering practice is ahead of the science,” Sillitto said. “We are building systems we do not know how to characterize or analyze, and whose behavior we cannot fully predict.”

That reality has the global community of systems engineers – the people whose specialty was designed to identify and manage the trade-offs inherent in building large-scale systems comprising hundreds, even thousands of subsystems – actively searching for answers. Focus areas range from urging organizations to dramatically change the way they design complex systems to overhauling computer-aided design and engineering tools for the special challenges of systems engineering (SE).

“Systems engineering is as much art as it is science,” said Norman R. Augustine, retired chairman and CEO of US-based global security and aerospace corporation Lockheed Martin and a former member of the US President’s Council of Advisors on Science and Technology. “The essence of systems engineering comes down to the fact that most individuals on a complex project know how to make a brick, but for such projects to be successful you need someone who knows how to build a cathedral.”

In Augustine’s analogy, systems engineers are the master architects who ensure that every subsystem in a project supports and enhances every other subsystem to create an optimized whole. In designing an automobile, for example, systems engineers are responsible for identifying the trade-offs between, for example, fast acceleration and fuel efficiency or weight versus safety. Ideally, experts in each engineering discipline then work together to manage the trade-offs, sub-optimizing some systems to ensure the best possible overall performance. But the ideal is far from the reality.

“The world is just not very good at systems engineering,” laments Augustine, who is helping to apply SE to a light-rail project in the suburbs of a major metropolitan region.

Experts like Augustine give the world a failing grade in SE, in part, due to the chasm between what a strong SE orientation can contribute to organizational success and the lack of commitment to SE among corporate and government leaders.

“The gap is huge, and it is very costly,” said Daniel Krob, president of the Center of Excellence on Systems Architecture, Management, Economy and Strategy (CESAMES) in Paris and professor of computer science at the École Polytechnique.

Charles F. Bolden Jr., administrator of the US National Aeronautics and Space Administration (NASA) and a former astronaut, agrees: “Large companies whom we thought had a strong systems engineering approach don’t, or have let it falter, resulting in lost [business] opportunities, lost time and cost and schedule overruns.”

A large part of the problem, these experts agree, is that engineers in different disciplines don’t collaborate – or even communicate – as much as they should, and that corporate leaders don’t force the point or provide the tools to make collaboration easier. “Without systems engineering, the most likely outcome is a number of separately optimized parts that inefficiently perform the task of the whole, or perform it not all,” Augustine said.

To illustrate how “systems engineering thinking” can provide answers to even the most elusive puzzles, Krob points to the mystery of why the vast Bronze Age Minoan civilization that flourished on the Mediterranean island of Crete suddenly vanished at the height of its power.

For decades, scientists debated the root cause of its destruction without solving the problem. It took computer scientists, marine biologists, archeologists and other specialists working together to puzzle out the most likely scenario, which involves several successive tsunamis smashing into the Cretan shores. “Not one discipline could have solved the mystery alone,” Krob said. “But by assembling multiple, seemingly unrelated disciplines the riddle was solved.”

But organizations often overlook the essential role of collaboration among the disparate disciplines. “As engineers, we like to focus on the equations, but sometimes we’re challenged when it comes to working the softer side – the human interaction, which is just as important,” said NASA Chief Engineer Ralph R. Roe Jr. “If you can’t create an environment in which team members can interact, that’s a big problem.”

THE CHALLENGE OF COLLABORATION

As businesses and governments attempt to implement huge projects – interconnected energy, banking, environmental and health-care monitoring systems, for example – that are international in scope and that network devices from hundreds of different manufacturers, each with a different approach to optimizing systems, collaboration will be critical.

“From the human resources perspective, this is definitely a challenge,” said Cordula Barzantny, professor of International and Intercultural Management and associate dean of Aerospace Affairs at Toulouse Business School, with campuses in France, Spain and Morocco. “In the education and training domain, if you want people to work together internationally on joint or common systems, the human behavioral element is crucial from the global systems engineering perspective. Schools, universities and businesses have to train and support a global mind-set for international SE for any kind of cooperation.”

Until now, CESAMES’ Krob said, the role of academe in promoting strong SE practice has been disappointing, contributing to a pervasive misunderstanding of just what SE is and leading to its misapplication. SE theory also has lagged behind the rapidly increasing real-world complexity of ULSS, hinting at trouble ahead in developing the IoT.

It took the scientific community from the mid-1930s to the 1950s to construct the fundamentals of computer science, on which software engineering could develop from the 1950s to the 1970s. “In systems engineering,” Krob said, “we are in another paradigm. There basically are only a few theoretical fundamentals, yet an engineering practice already exists. On a theoretical level, SE probably is equivalent to where computer science was in the 1940s, with a long way ahead of us in the development of SE.”

With companies eager to benefit from the IoT already sprinting ahead, however, SE has months – not decades – to catch up.

Academia is stepping up to the challenge. More colleges and universities are beginning to consider SE important, and some are even teaching it at the undergraduate level. “But institutions of higher learning cannot be expected to turn out good systems engineers,” Augustine said. “The breadth of their knowledge is too constrained. Colleges and universities prefer that students be good at one thing, versus having a broader knowledge base.”

Augustine, a Princeton University graduate with bachelor’s and master’s degrees in aeronautical engineering, recently helped the Massachusetts Institute of Technology (MIT), which has one of the world’s leading engineering schools, revamp its SE curriculum. He began by examining the SE curriculums at 30 different schools to establish a baseline. To his dismay, Augustine found each curriculum defined SE differently.

NASA’s Roe believes that only experience can adequately teach SE: “There is instruction in the science and methodologies of SE, but schools aren’t so good at teaching the art of SE, which comes from successes and failures,” he said. “Some people can see the big picture and how systems interact; those who can’t adhere to a very narrow perspective and behave accordingly.”

That challenge is pervasive throughout the public and private sectors, according to Brian Meeker, a principal of Deloitte Consulting. “The most successful enterprises understand the value of systems engineering because it’s ingrained in their culture, but this is more the exception than the rule in business,” he said. “Most organizations have not evolved their business models and processes to embrace SE principles. There are only pockets of goodness.”

SE tools also remain weak. Many new tools for designing systems for an uncertain future are coming along, but they have not gained wide acceptance, Miller said. Some of these capabilities include computer-aided change propagation, which characterizes the extent to which a change in a system requires changes to supporting elements to accommodate the initial modification.

“Many of the systems we are developing now are based on assumptions that may not hold true over a long period,” Miller said. “So how do we engineer systems to remain effective over many years?”

The answer, he suggested, is model-based systems engineering (MBSE), which captures a design – and also designs that have been rejected and the reasons for their rejection – in a living model instead of a series of static documents. MBSE allows a seamless carry-forward of lessons learned as a searchable way to identify how others have solved similar problems in the past.

“One can start to envision a time when a room of domain experts can have a real-time, computer-aided conversation to design a family of complex and custom products – essentially systems of systems – in a span of weeks instead of years,” Miller said. “Given the convergence between high-performance computing, emerging algorithmic tools and the need for high-performance and long-lived custom-designed systems, MBSE provides the opportunity to remove the amount of touch-labor in the SE process and the potential for error that it can introduce.”

In the IoT era, systems of systems will take countless forms, redefining how public and private organizations create value across industries and how they address some of the world’s most vexing economic and social challenges – but only if they are developed by people who understand the importance of an SE approach.

“Through systems engineering, the range of problems that we can solve is quite remarkable,” Krob said, “and that is very exciting.”

Laura Wilber contributed to this report. 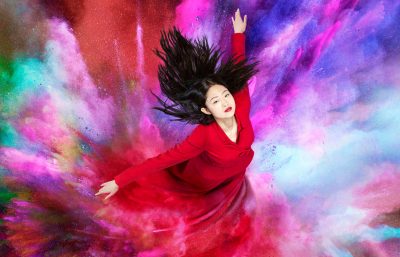