Lithium-ion batteries revolutionized the portable electronics market and remain the predominant type of rechargeable batteries in use today. But their drawbacks – including charging limitations and recycling restrictions – have researchers chasing alternatives. A category of energy-storage devices called supercapacitors holds great promise for powering the future.

When Tesla purchased a small ultracapacitor maker named Maxwell Technologies in February 2019 for $218 million, the deal received scant attention in the general news media. But in the world of energy storage, the news hit like a bolt of lightning, signaling that Tesla might be looking beyond lithium-ion (Li-ion) batteries to power its electric cars.

Since they were introduced commercially by Sony in 1991, Li-ion batteries have enjoyed a spectacular run. Although many research efforts are underway to prolong their reign Li-ion batteries suffer from drawbacks that are especially thorny for transportation applications and have proven difficult to solve: they take hours to recharge, can only be recharged a limited number of times, are expensive to recycle and sometimes catch fire.

Supercapacitors suffer from none of these limitations. This broad group of technologies includes ultracapacitors, pseudo-supercapacitors and hybrids, each with a different structure but all benefiting from a surge in nanotechnology advancements, including new microscopic structures and materials that can store and discharge energy faster and more safely than Li-ion batteries.

“Rather than taking hours to charge the car, it could be just minutes if you have a large enough bandwidth of electricity coming into your house or a recharging station,” Adam Schwartzberg, staff scientist at the Molecular Foundry at Berkeley Lab in Berkeley, California, said of supercapacitors. That breakthrough would eliminate one of the major stumbling blocks to widespread electric vehicle adoption: lengthy charging times. Which may also hint at the reason for Tesla’s interest in acquiring Maxwell Technologies.

Supercapacitors store positive and negative charges in different compartments, separated by an insulator. Unlike batteries, which must convert energy to chemical form and then back, causing weakening over time, supercapacitors store energy electrostatically. Power can be absorbed or discharged instantaneously, allowing supercapacitors to endure nearly unlimited cycles of charging and discharging.

The major shortcoming, however, is that supercapacitors’ power reserves dissipate faster than those of Li-ion batteries.

“If you park your car with a lithium ion battery and come back a few weeks later, it’s still fine,” Schwartzberg said. “But with a supercapacitor you might come back and have a problem getting your car started.”

Liwei Lin, a professor of mechanical engineering at the University of California at Berkeley, has been collaborating with Schwartzberg on a solution, which they call pseudo-supercapacitors. They densely stack carbon nanotubes vertically on a postage stamp-sized piece of metal called a substrate. Using a process known as atomic layer deposition, they coat the carbon nanotubes with titanium nitride, one atomic layer at a time, alternating with layers of oxygen atoms.

The process creates an ideally conductive material. Another postage stamp-sized piece of metal serves as a bookend for the capacitor, which can ultimately discharge three times more power than other supercapacitors and is less likely to self-discharge.

Tesla isn’t the only automotive company pursuing the potential of supercapacitors. Lamborghini is working on supercapacitors with the Massachusetts Institute of Technology (MIT) as part of its Terzo Millennio supercar project, which will feature motors on each of the vehicle’s four wheels.

The vehicle uses a Li-ion battery as its main power source, but early prototypes indicate that the battery is highly integrated with supercapacitors. Because the vehicle is built with a great deal of carbon fiber, it is extremely light. And having supercapacitors to fire engines over different wheels makes it extremely fast.

Lin is certain that supercapacitors will find many uses in the commercial sector. “Supercapacitors have been used as part of battery systems in many types of electronic devices for years to extend battery life and balance the overall system’s performance,” he said. “Any application that needs high power density will need supercapacitors, such as flashlights and energy harvesters.”

Energy harvesters are the mechanisms that recover energy in a hybrid or all-electric vehicle – as well as in certain non-transport sectors – when the brakes are applied, making the overall system much more energy-efficient.

“When the car is stopped the residual mechanical power can be transformed into electricity by a flywheel,” Lin said. “It will need a supercapacitor to store that because the power density of batteries is so low; they cannot absorb such large amounts of energy in such a short time.”

Le Fèvre noted that internet shipping giants – notably Amazon – are experimenting with supercapacitors to help manage the many miles of conveyors used in their warehouses. The engines that drive the conveyors are connected to a system that includes a small Li-ion battery and a supercapacitor.

“When they stop the conveyor the energy is collected by the supercapacitor,” Le Fèvre said. That saves energy and reduces cost.

However, the single biggest use for supercapacitors, Le Fèvre believes, will be in smart energy grids. Increasingly, these grids must manage surges in solar and wind power, which are unpredictable in terms of timing and strength.

“You need to stabilize the grid,” Le Fèvre said. “When wind and solar are connected to the grid they create a lot of disturbances. You need a capacity to absorb surges and make sure you don’t have distortion on the grid. Increasingly, you will use supercapacitors for that.”

Will supercapacitors ever completely replace Li-ion batteries? A great deal more research will be needed, especially to resolve the issue of power losses. Because supercapacitors are still in an embryonic stage, market analysts cannot even agree on the size of potential markets.

But those involved in supercapacitor research believe that rapid advances in nanotechnology could give supercapacitors an edge over time.

“The level of research in supercapacitors is really impressive and the gap [with Li-ion] is closing,” Le Fèvre said. “How fast that will happen remains unknown. But considering the number of patents filed, papers presented and levels of industry interest, it shouldn’t take long.”

For more information on innovations in chemistry, please visit https://go.3ds.com/zkd 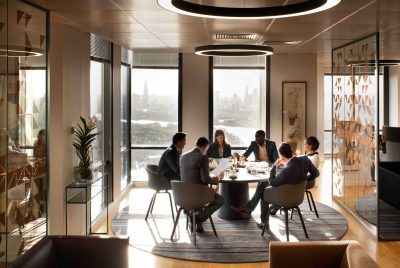 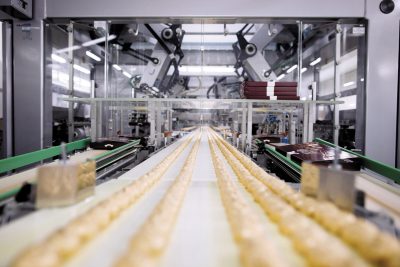 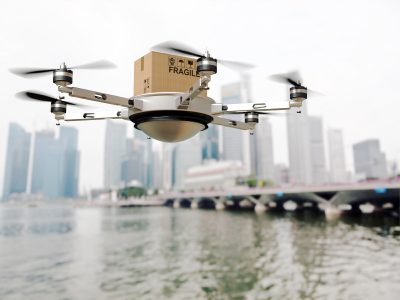