Using 3D digital reconstruction and simulation, marine archaeologists are revolutionizing the way they prepare for deep-sea missions – and creating remarkable views of neverbefore-seen archaeological treasures. Compass talked to marine archaeologist Michel L’Hour to discover how the technology is being applied to a ship that sank during Louis XIV’s reign.

As many as 200,000 archaeological sites lie off the Mediterranean coast of France – a window to past cultures and part of an estimated 3 million underwater sites worldwide. France’s DRASSM (Department for Subaquatic and Underwater Archaeological Research) and its director, Michel L’Hour are responsible for studying and protecting the French sites – and three-dimensional (3D) simulation technologies are helping to make their work safer and more productive.

“Marine archaeologists face unique challenges, principally due to the great depths at which many sites lie,” L’Hour said. “Reaching an underwater site requires sophisticated equipment and care to ensure all necessary and appropriate safety measures are taken. We also have a responsibility to preserve wrecks and their artifacts from unscrupulous looters.”

One important wreck is the Lune, a French royal warship sunk during the 17th-century reign of Louis XIV. For nearly 350 years, the wreck lay hidden beneath 90 meters (300 feet) of water off the coast of Toulon – until Titanic specialist Paul-Henry Nargeolet accidentally discovered it in 1993.

It took nearly 20 years for L’Hour’s team to raise funds for a Lune expedition and build an advanced underwater research vessel, the André Malraux. In 2012, L’Hour and a team of marine archaeologists, assisted by divers of the French Navy and engineers specialized in 3D virtual technologies, were finally ready to unlock the Lune’s secrets.

For L’Hour, a marine archaeologist with more than 100 underwater expeditions to his credit, “the shipwreck is an underwater museum of 17thcentury maritime istory. The Luneis perfectly preserved and exists underwater as it was on November 6, 1664, when it embarked on its final and fatal voyage.”

“THESE TECHNOLOGIES WILL REVOLUTIONIZE DEEP-SEA EXPLORATION AND PROVIDE ARCHAEOLOGISTS AND THE GENERAL PUBLIC WITH INSIGHTS INTO LOST-BUT-NOT-FORGOTTEN CULTURES.”

During the 17th century, ships navigating the Mediterranean Sea were routinely attacked by pirates. In 1664, France sent 15 vessels and 9,000 men to combat them in Algeria; the fighting was so fierce that four vessels, including the Lune, were ordered to evacuate the troops. Although the ship was taking on water, it arrived safely in Toulon. But fear of the plague forced the Luneback to sea. It sank on the voyage to quarantine in Porquerolles, killing all 800 onboard.

While some wrecks can be explored with scuba gear, the apparatus is limited to depths of 50 meters (164 feet) or less; the Lunelies nearly twice that deep. “Sending a human being to the Lunepresents significant hazards, which include breathing gases at high pressure, which can impair mental and motor activity, and the risks linked to decompression,” L’Hour explained. “Moreover, currents cloud the site with floating sediment, hampering visibility. To explore the Lune, we needed more advanced equipment, exploration techniques and specialized divers.”

The André Malrauxis specially equipped with advanced technology, including a remote-controlled robotic vehicle. L’Hour’s archaeologists also were assisted by the French Navy and their Newtsuit; fully articulated and capable of maintaining internal pressure at one atmosphere (equivalent to sea-level air pressure), the Newtsuit eliminates gas-mixture sickness and the need for decompression. Worn by one of five specially trained French Navy pilots, and assisted by two operators posted on the André Malraux, the Newtsuit allowed divers to reach the site and safely bring a well-preserved cauldron and other artifacts to the surface for study.

Dive and salvage procedures were carefully planned in an immersive 3D reproduction of the 500 square-meter site (about 5,400 square feet). Digital-reconstruction engineers used images and videos recorded from an Autonomous Underwater Vehicle to produce an interactive, virtual 3D reconstruction of the Lune archaeological site and its most visible artifacts. Special attention was given to detailing those sections of the wreck of greatest historical interest, including the captain’s helm
and the kitchen. “It was very impressive the way these technologies were able to clean up a photograph clouded with floating sediment to produce a crystal-clear image,” L’Hour said.

The team simulated every recovery operation, manipulating virtual objects in the 3D environment before attempting them in the real world. “Simulating and practicing the complex manipulations before sending a human underwater enabled us to reduce the risk for the diver and the artifacts,” L’Hour said. “It was a perfect opportunity to test how these new technologies can be applied to underwater archaeology.”

L’Hour dreams of one day exploring underwater sites with a robot with haptic technology that can “feel” what it touches. “The ability to distinguish a rock from an artifact at such great depths can only be enhanced through the sense of touch,” he said. “These technologies will revolutionize deep-sea exploration and provide archaeologists and the general public with insights into lost-but-not-forgotten cultures. What an extraordinary privilege.” ◆ 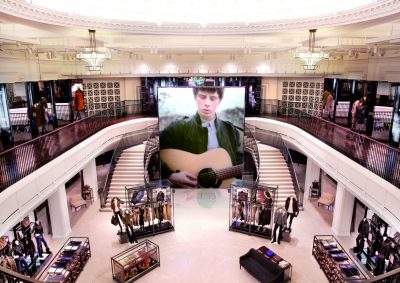 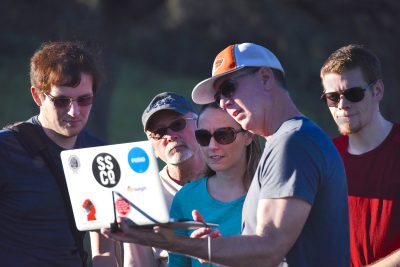 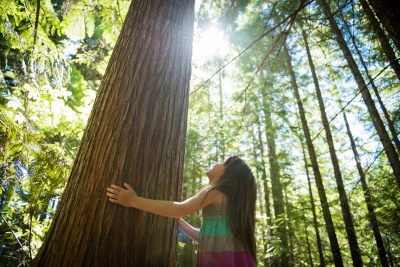 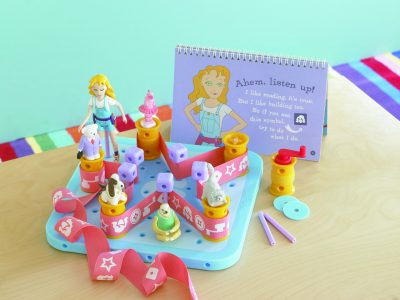