The marine industry worldwide is racing to comply with challenging ocean-protection regulations. Compass looks at how 3D technologies are helping three maritime companies protect the waters on which their businesses depend.

Robust legislation and wider recognition of industries’ dependence on fragile ocean systems are driving the marine industry to actively protect the seas that sustain them.

Increasingly, companies in this industry are turning to sophisticated virtual resources to predict the results of mitigation strategies and explain to skeptical operators how advanced technologies can help their operations to be profitable, safe and environmentally responsible.

One such enlightened company, Helsinki- based Wärtsilä, a global leader in smart technologies and complete lifecycle solutions for the marine and energy markets, is committed to being a driving force in sustainable shipping. Wärtsilä’s four-stroke diesel engines for ships are used in all the world’s oceans, by more than half the world’s fleet, and have been recognized by Guinness World Records as the “world’s most efficient” for their low fuel consumption and reduced environment impact.

How does the company do it? By creating a system that combines 3D virtual twin models of its engines with cloud-hosted performance data that ship operators can use to fine-tune their operations in real time for optimum performance.

Reducing carbon emissions in shipping is important. The Smithsonian Institute reports that 22 million tons of carbon dioxide (CO2) are absorbed into the oceans each day, causing acidification of the water. Known as “climate change’s equally evil twin,” acidification is so rapid that many forms of marine life cannot adapt quickly enough and are dying out. The US National Ocean Service, an agency of the National Oceanic and Atmospheric Service (NOAA), reports that carbon emissions also contribute to atmospheric global warming, which warms the oceans and disrupts ocean currents that serve as the Earth’s natural temperature- control system.

While protecting the oceans has clear benefits for the environment, maritime operators are discovering that—contrary to long-held assumptions—it also can be good for business.

“Being open and aware through sharing data is the route to sustainability that also offers business advantages of increased productivity and efficiency,” Knodt said. “Ports can be run like airports to save time and energy by adopting smart-city concepts, while new ways of working can be discovered, tested, optimized and validated through 3D simulation.”

At sea, as many as 200,000 cubic meters (5.28 million US gallons) of ballast water per voyage are used to maintain stability, balance cargo or fuel weight, and keep propellers and rudders submerged. Annually, billions of gallons of ballast water are pumped from and returned to the sea, a process that the World Health Organization notes inadvertently sucks up thousands of marine species, pathogens and organisms, which are then distributed around the globe.

Negative impacts of ballast water include a decline in native species, plus blockage of and damage to onshore drainage and port infrastructure through infestations of non-native species. Scientists at New York’s Cornell University estimate that invasive species are responsible for around US$138 billion annually of lost revenue and management costs in the United States alone, from reductions in fish stocks, closure of fish farms and recreational beaches, to human health impacts, biodiversity losses and damage from non- native plants and mollusks burrowing into and eroding sea defenses or clogging pipes and fishing nets.

Ballast water can even spread disease. In 1991, according to New Scientist magazine, a discharge of cholera-infected water in Peru killed 12,000 people across Latin America and Mexico. By the following year, the same strain was detected in North America by the US Food and Drug Administration.

We use 3D simulations to explain to commercial partners, suppliers, financiers, and customers how complex products, new technologies and systems work.

The IMO is fighting these problems with rules that require the world’s fleet of about 52,000 large ships (longer than 137 meters/450 feet) to clean their ballast water before discharging it. These rules, which take full effect in 2027, have created surging demand for onboard water treatment systems. Research company Energias projects that over the next four years, demand for compliant systems will grow from about US$15 billion to around US$106 billion.

One enterprise looking to capitalize is US-based Onvector. As part of the Boston- based SeaAhead program, which provides networking and consulting support  to startup companies pursuing ocean-focused sustainability innovations, Onvector develops advanced high-voltage plasma and ionized- gas technologies for treatment of ballast water. Plasma is created by charging certain gases with energy, which releases electrons. The ensuing reactions kill even the toughest waterborne bacteria.

“Our technology will surpass all current regulations for complete compliance because plasma is a robust approach to non-chemical water disinfection that cleans more effectively and at lower cost than any other system— with no downside,” said Daniel Cho, CEO and founder of Onvector.

But educating potential buyers and their bankers about new, sophisticated technology is a challenge, Cho said, regardless of its benefits.

“We use 3D simulations to visualize and design plasma reactors and also to explain to commercial partners, suppliers, financiers and customers how complex products, new technologies and systems work,” Cho said. “This facilitates communication, enabling vital innovations in materials, manufacturing and onboard applications. It comes together like solving a multidisciplinary puzzle.”

Ashored, another SeaAhead member, is an ocean technology business based in Nova Scotia, Canada, focused on balancing commercial interests with the needs of marine environments. Specifically, Ashored has developed a buoy system for crab and lobster traps that protects marine mammals while improving harvest efficiency.

“To avoid potential rope entanglement of declining species, international trade agreements demand that when whales are spotted in fishing areas, vertical or surface buoy lines have to be removed,” Ashored CEO Aaron Stevenson said. “In 2018 alone, more than 60 boats in New Brunswick were impacted and unable to fish so long as whales remained.”

To eliminate the need for fishing bans, Ashored developed an underwater buoy release free of lines. The system works with existing lobster/crab traps by allowing buoys to be released to the surface via acoustics (or a backup timer) for harvesting.

“Hosting data on the cloud allows fishermen to know precisely where their traps are located and to raise buoys synchronically with the boat’s arrival,” Stevenson said. Working this way increases productivity and lowers fishing risks. An additional benefit: because the buoys remain out of sight until released, captains can keep their trap locations secret from competitors.

The company used 3D modeling and simulation to model the system’s performance and the experience of using them, ensuring that its product works as planned.

“The issues we face are not only commercial and environmental, but also to do with materials and systems that must interact perfectly to work in harsh environments,” Stevenson said. “3D modeling at the design stage lets us simulate and perfect real-life equipment usage in rough seas [while] wearing heavy rubber gloves. Simulation presents the big picture that anyone can understand.”

Ashored is working to add sophisticated trap-tracking and catch-optimization software to its cloud-hosted platform to improve operational accuracy. This will save time and fuel while compiling a database of shellfish habitats and catches to improve future yields. This, Stevenson said, should lead to “better and more profitable fishing decisions that enhance the shellfish industry’s reputation for sustainability by actively protecting whales in their marine environment.”

The United Nations calculates that more than  3 billion people depend on marine and coastal resources for their living and that, to maintain this, “a change will be required in how humans view, manage and use oceans, and marine resources.” As Wärtsilä, Onvector and Ashored demonstrate, virtual universes are a powerful resource for companies of any size in the marine industry’s journey to protect the seas that provide their livelihoods. ◆

Click here for more information on how 3D technology helps to protect our oceans.

Top image: Wärtsilä’s four-stroke diesel engines for ships are used in all the world’s oceans, by more than half the world’s fleet. (Image © Wärtsilä) 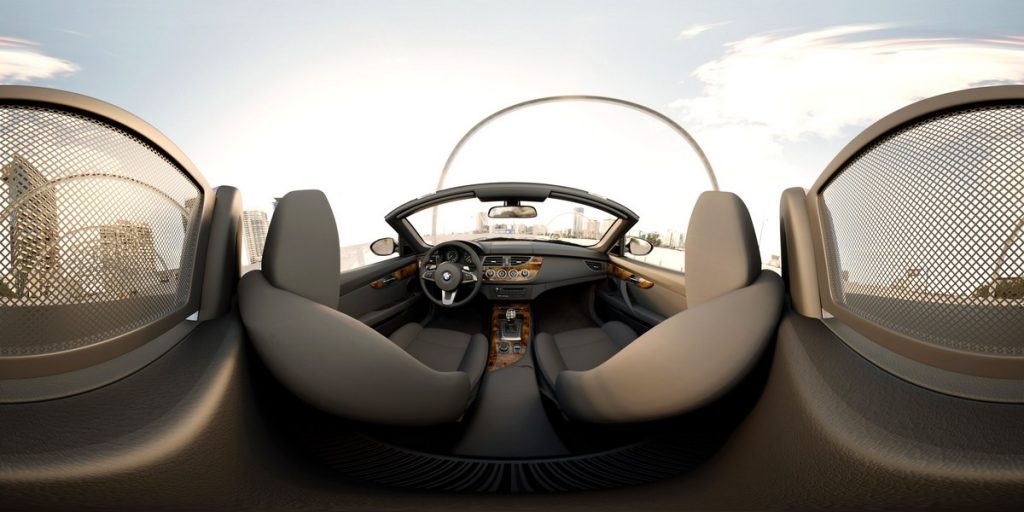 As VR and AR become affordable to all, business finds powerful ways to use them 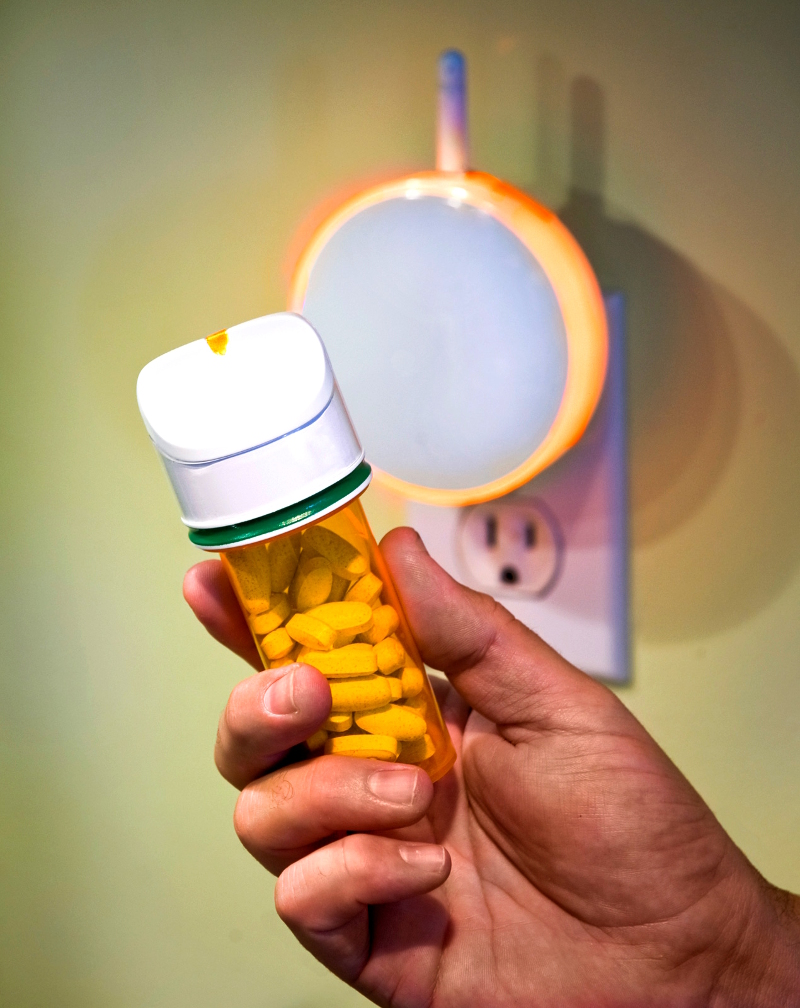 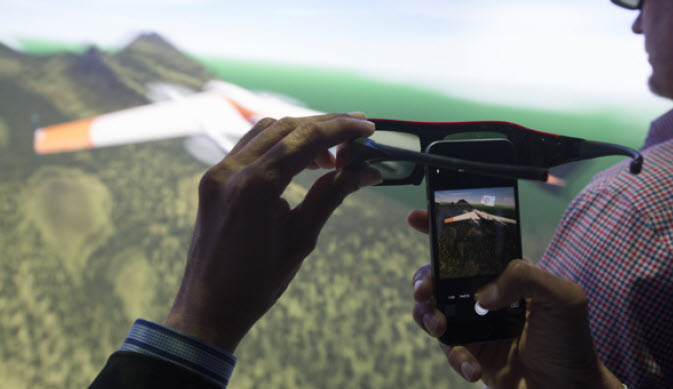